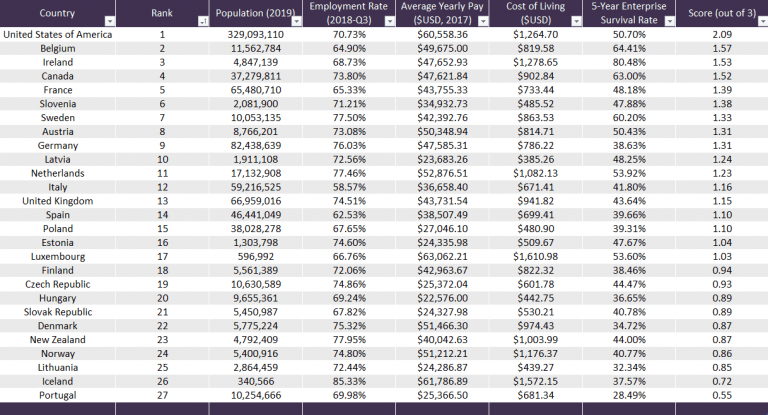 Research by card payment solution’s provider Paymentsense reveals the top 27 countries around the world to start a business in 2019.

Starting a business can be an exciting endeavour, but getting through the first five years is challenging. The cost of rent, consumer demand, beating the competition, and keeping your cash flowing are often tricky things for SMEs to juggle.

Based on factors including business survival rates, yearly salary, population, and the employment rate in that year in each country area, they worked out which country around the world offer the best environment for prospective SMEs. If you’re thinking of embarking on a new venture this year, take a look at the below best countries in the world to start a business.

The UK ranks as the 13th best country in the world to start a business in 2019!

The United Kingdom barely makes the top 15, landing at an unlucky 13 despite a respectable employment rate of 74.51% and a five-year enterprise survival rate of 43.64%.

The UK has a long way to go if it’s to outdo Ireland when it comes to surviving those crucial first five years of trading. Ireland takes third place with an impressive company survival rate of 80.48%, proving the luck of the Irish is anything but a myth.

According to the ranking the USA is the best country in the world to set up a start up in. This is closely followed by Belgium and Ireland in 2nd and 3rd place. 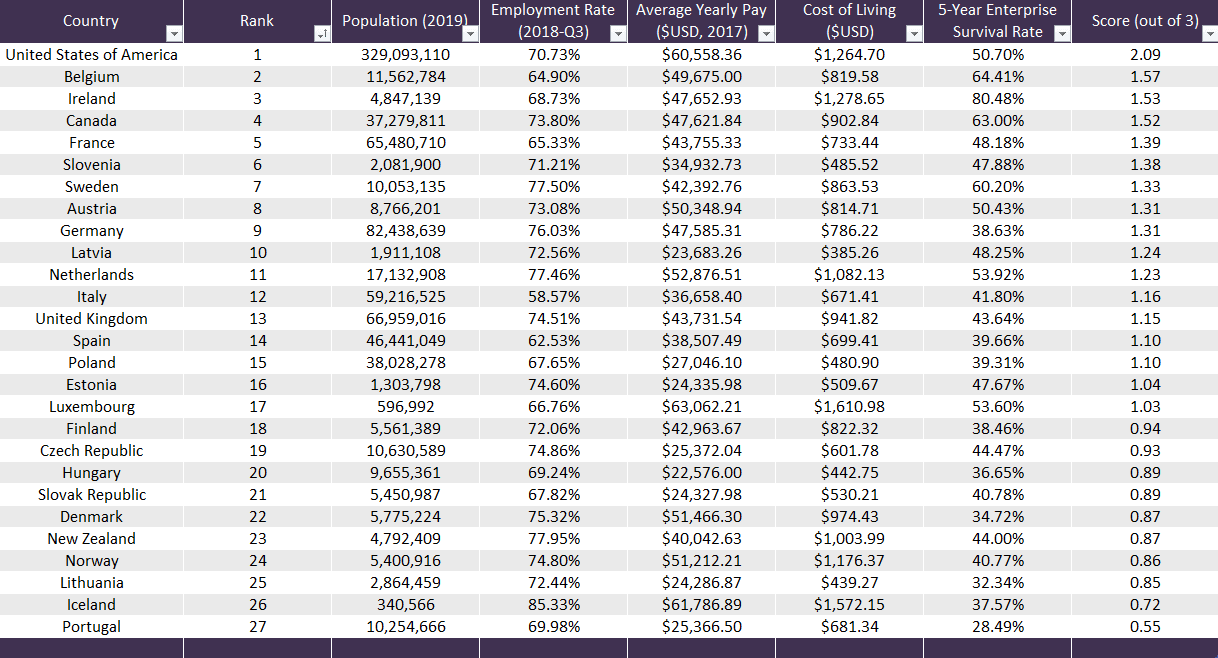 Graph 1. The top 27 countries in the world to start a business in 2019 according to Paymentsense.

The methodology behind our stats

Our list of best places for business start-ups was compiled by analysing the economic climates of the world’s most populated countries and US states. This included the population of each country, the employment rate, average annual salary, average cost of living,  and five-year enterprise survival rate.

A score is calculated based on the normalised survival rate where the country with the highest survival rate of the list has a score of 1, and 0 for the lowest.

Each of the scores is added up to make an overall index score.

For the USA, New Zealand, and Canada, the following additional sources were used: