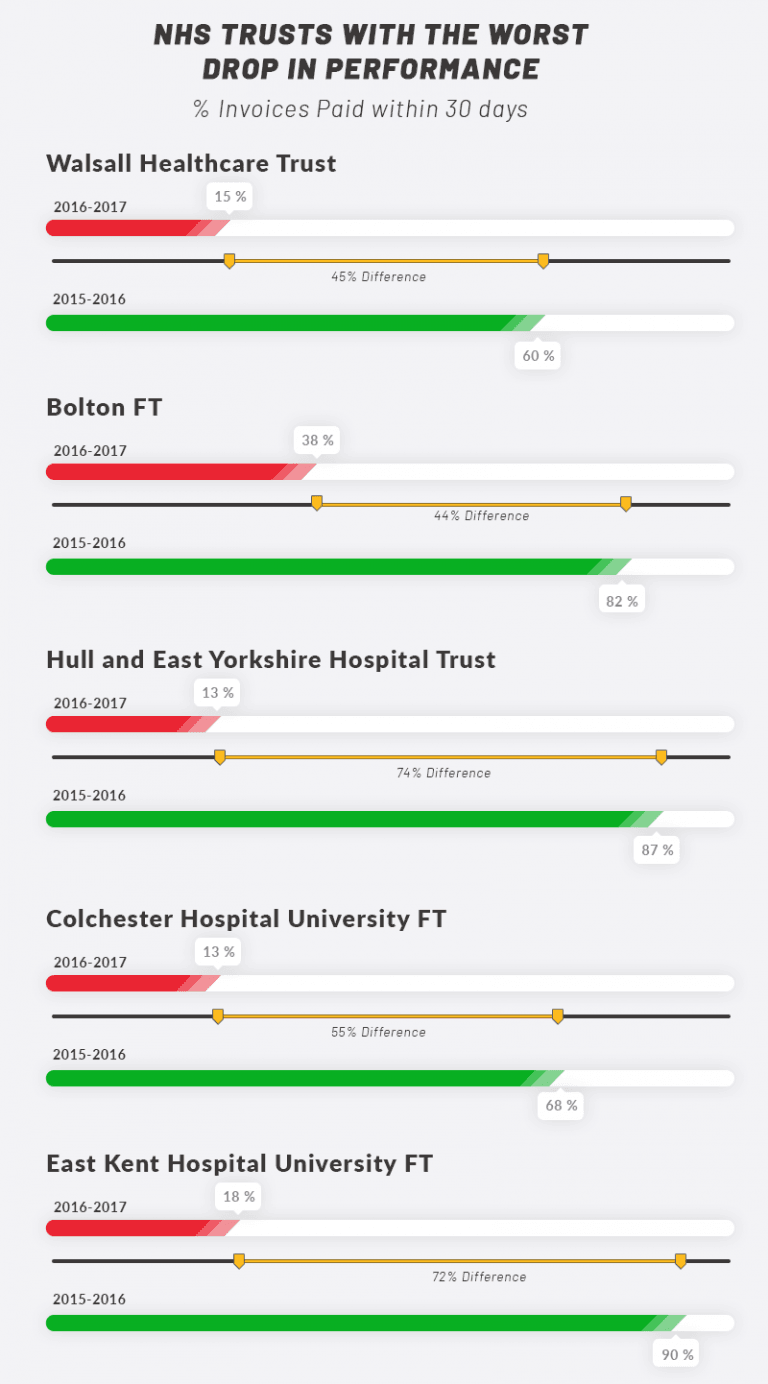 There are 5.7 million SME’s (small and medium sized businesses) in the UK, making up 99% of all figures. Yet despite this momentous figure, all businesses are facing an ongoing problem: late payments. With research revealing that 89% of SME’s have been paid late – it’s no surprise that this is having a detrimental effect on both individuals, as well as the economy.

Business Expert have delved further into the 'late payment economy' whilst uncovering five ways it is punishing small businesses: 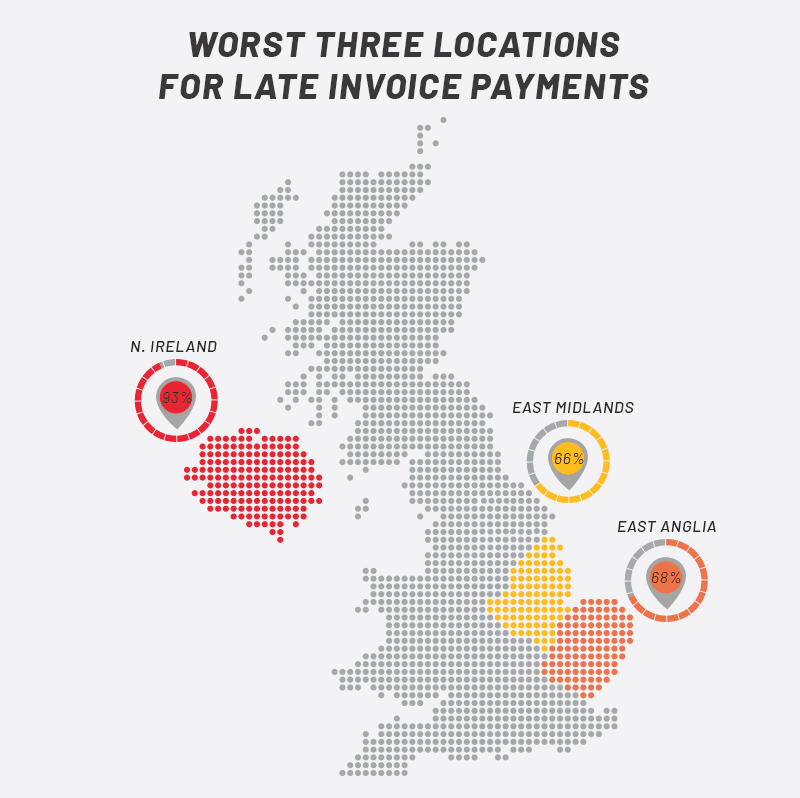 Where you are based in the UK could massively affect you if you’re an SME. The worst place for late payments is Northern Ireland, reporting 93% of invoices are delayed. Scotland appears to be the best place to set up a small business, yet only 53% of their invoices are paid in a timely manner.

It’s common for new businesses to receive a helping hand - in fact, 40% of small businesses are reliant on external debt. Usually, loans and finance for businesses are used to invest back into the company. However, the British Business Bank have discovered that 68% of SME’s use the money to acquire working capital or improve cash flow, rather than investing it in the business.

SME’s employ 16.1 million people in the UK, which is 60% of public sector employment. These suppliers seem to the be the most in danger. Regulations state that public bodies should pay invoices in 30 days, and NHS Trusts should pay most of their non-NHS invoices within this time. But, research has exposed that the NHS are consistently rule-breaking. Only one out of ten public sector suppliers have been paid on time. Shockingly, the NHS has made a habit of paying late. With one in four NHS trusts paying suppliers late, some have even had their accounts stopped. 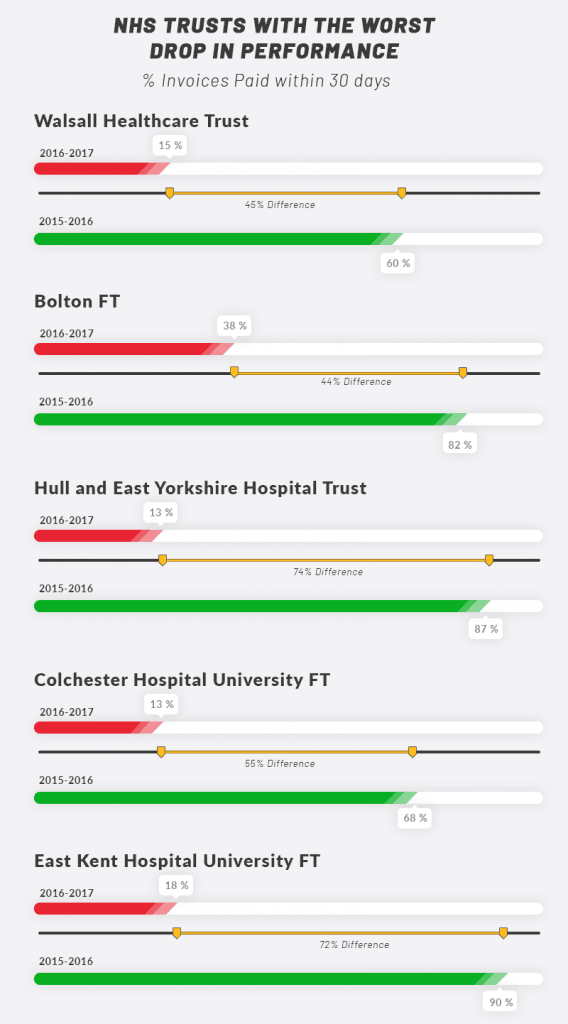 With the vision of late payments continuing, discover the other ways in which these late payments are effecting SME’s, the economy, and individuals.