ValueWalk
Home Business Logos LP: The Art Of The Deal 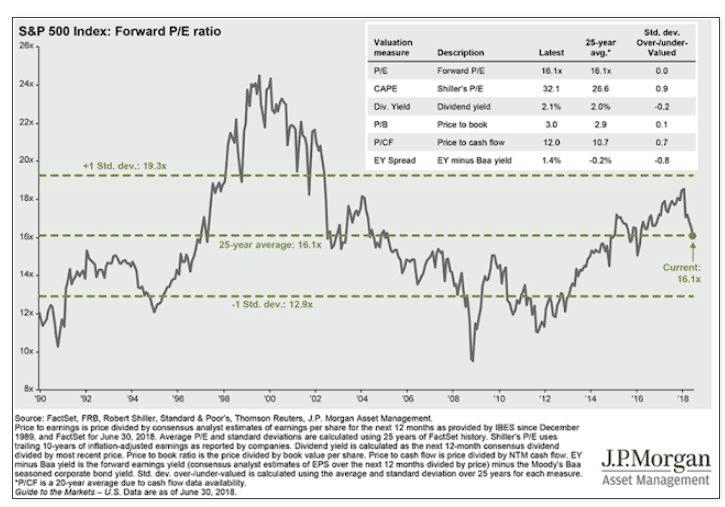 Stocks closed little changed on Friday as solid quarterly results from some of the largest U.S. companies, including Microsoft, Capital One and Honeywell, counterbalanced threats made by President Donald Trump stating that he is willing to up the ante in the trade war with Beijing and could slap tariffs on every Chinese good imported to the U.S. “I’m ready to go to 500,” he told CNBC, referencing the $505.5B of American imports from China in 2017, compared to the $129.9B the U.S. exported to the country last year. (an interesting blow by blow look at global trade here)

In other news, President Trump sat down with Russian counterpart Vladimir Putin in Helsinki. Crimea, Syria and election meddling were likely on the summit's agenda, but no aide or official from the U.S. delegation were present during the meeting's initial stages. A controversial press conference ensued (in which Trump seemed to prefer Putin’s story suggesting Russia’s non-involvement in the US election rather than the opinion of U.S. intelligence), coming on the tails of a tense NATO summit during which Trump lambasted allies for not meeting their defense spending commitments.

The 10-year yield ended the week at 2.90% and the two-year yield finished up at 2.60%. Some analysts saw the increased 2-10 spread as a sign that investors believe President Trump's criticism of the Fed could slow down the pace of rate hikes.

Finally, Amazon reached a $900B market value for the first time, nipping at Apple's) heels as Wall Street's most valuable. The news comes after the company announced it sold more than $100M in products during its annual Prime Day sale. Shares are up over 57% so far this year, bringing Amazon's increase to over 123,000% since it listed on the Nasdaq in 1997.

As perplexing as Trump’s actions can be, instead of spilling more ink on his diversions from “accepted” presidential behavior, it may be best to try and understand his approach by attempting to apply a different mental model. The seeds of Trump’s mental model can be found in his book “The Art of the Deal”. (His approval ratings also hold other clues)

Jim Rickards points out that the book is a window on Trump’s approach to every challenge he confronts, including economic and geopolitical challenges as president.

What is Trump’s process as described in the book?

This approach is abnormal from a historical perspective but to the astute observer this far into his Presidency should be looking more predictable.

What should we expect moving forward in like of this mental model? Likely more dramatic policy shifts and extreme threats. The key is not to overreact and hope that all escalations lead to fruitful negotiations in step 6….

Chart(s) of the Month

The S&P 500 PE ratio is right in line with historical norms. J.P. Morgan: “High yields spreads and defaults are low and not rising. Mr. Bond is not yet sniffing a potential economic problem.” The Big 5 tech companies together are worth more than the bottom 282 companies in the S&P 500 yet this level of concentration is not unprecedented. In 1965 AT&T and GM represented 14.5% of the S&P 500. What is wild is that these 5 companies are all in the same industry. This month we released our 2nd quarter letter to our investors. Included is a discussion of portfolio changes as well as a more detailed description of a new position we’ve initiated in Industrial Alliance and Financial Services (TSX: IAG). Please contact us if you would like to see a copy of this letter.

"Do you have the patience to wait till your mud settles and the water is clear? Can you remain unmoving till the right action arises by itself?”– Lao-Tzu, Tao-te-Ching