ValueWalk
Home Top Stories Funny How Inflation in 2018 Requires the Fed to Act, but Not... 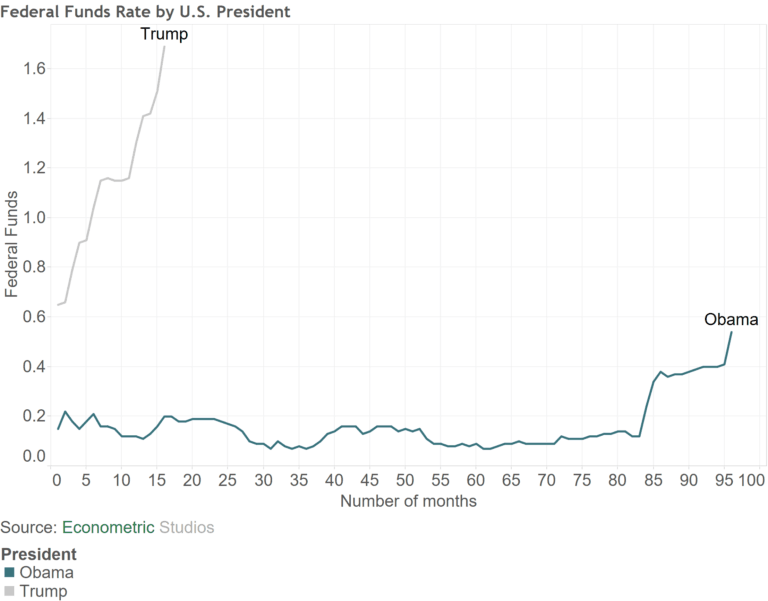 This week we gained two pieces of inflation information – the Consumer Price Index (CPI) and the Producer Price Index (PPI).  Both measures provide insight into where inflation has been in recent months.  Overall, the CPI came in at +2.4% compared to the prior year, while the PPI came in at +3.6% over last year.  Prices are rising, although not sharply.

Given that prices are rising only marginally, and that there is no evidence yet that wages are going to push inflation up much further, one might wonder why the Federal Reserve is so committed to raising interest rates this year.  After all, the economy was doing fine back in 2012, and the Federal Reserve failed to take any action back then.

What’s the rush?  Is there some politics at play?

Inflation According to Obama and Trump

Here’s a look at the growth in prices throughout the Obama administration and how prices have moved during the first year-and-a-half of the Trump administration. 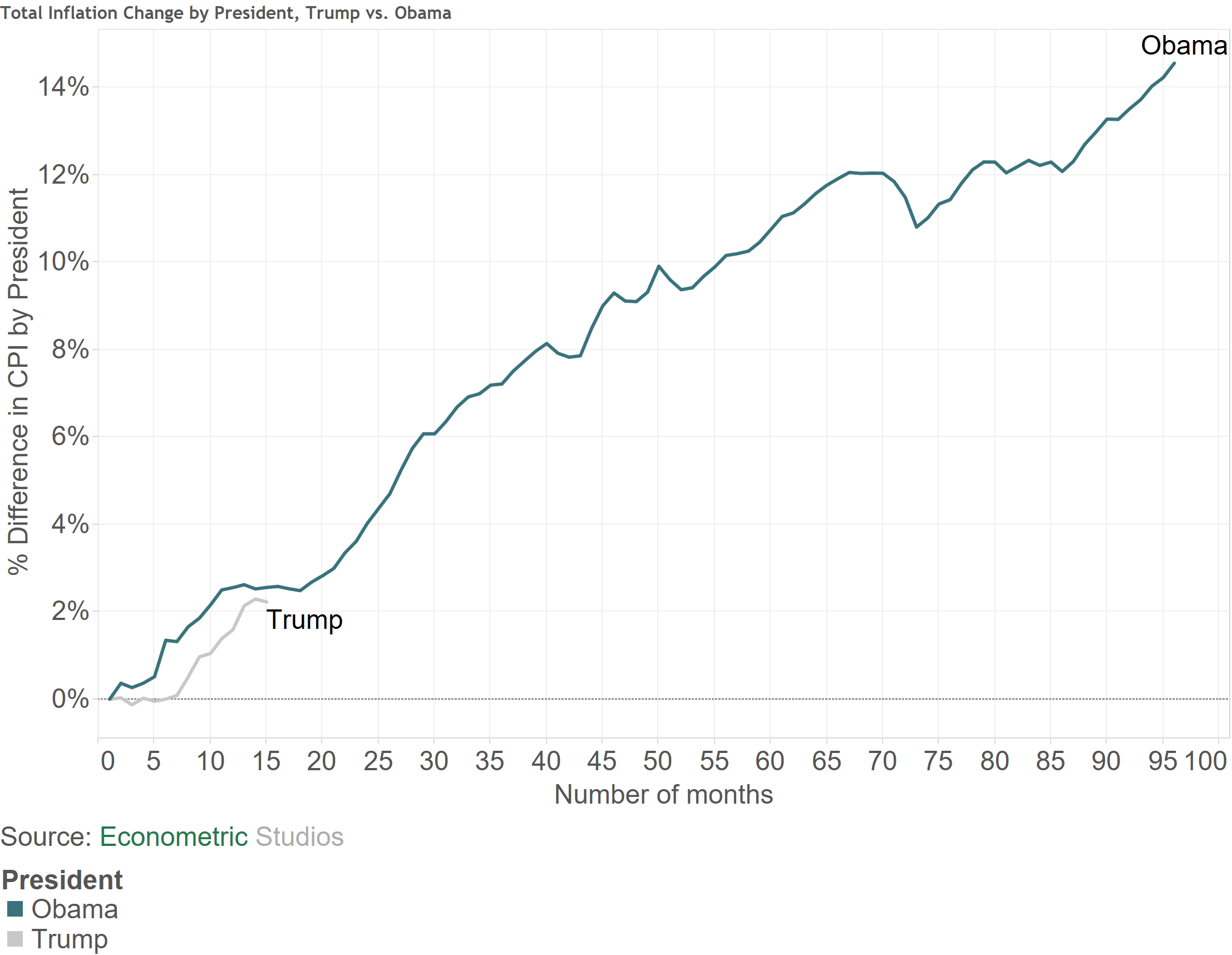 The Federal Funds target rate According to Obama and Trump

With prices having generally risen faster during the first year-and-a-half of the Obama presidency, one might expect the Federal Reserve to have been a bit more aggressive in dealing with inflation.

Fascinatingly, although inflation was a little bit higher of a problem during Obama’s presidency, the Federal Reserve has been much more aggressive at raising interest rates during President Trump’s administration, having already increased the federal funds target rate four times during Trump’s first 16 months in office.  It took the Federal Reserve almost seven years before it got around to raising interest rates during the Obama administration.

Did the Federal Reserve think Obama was that terrible for the economy? 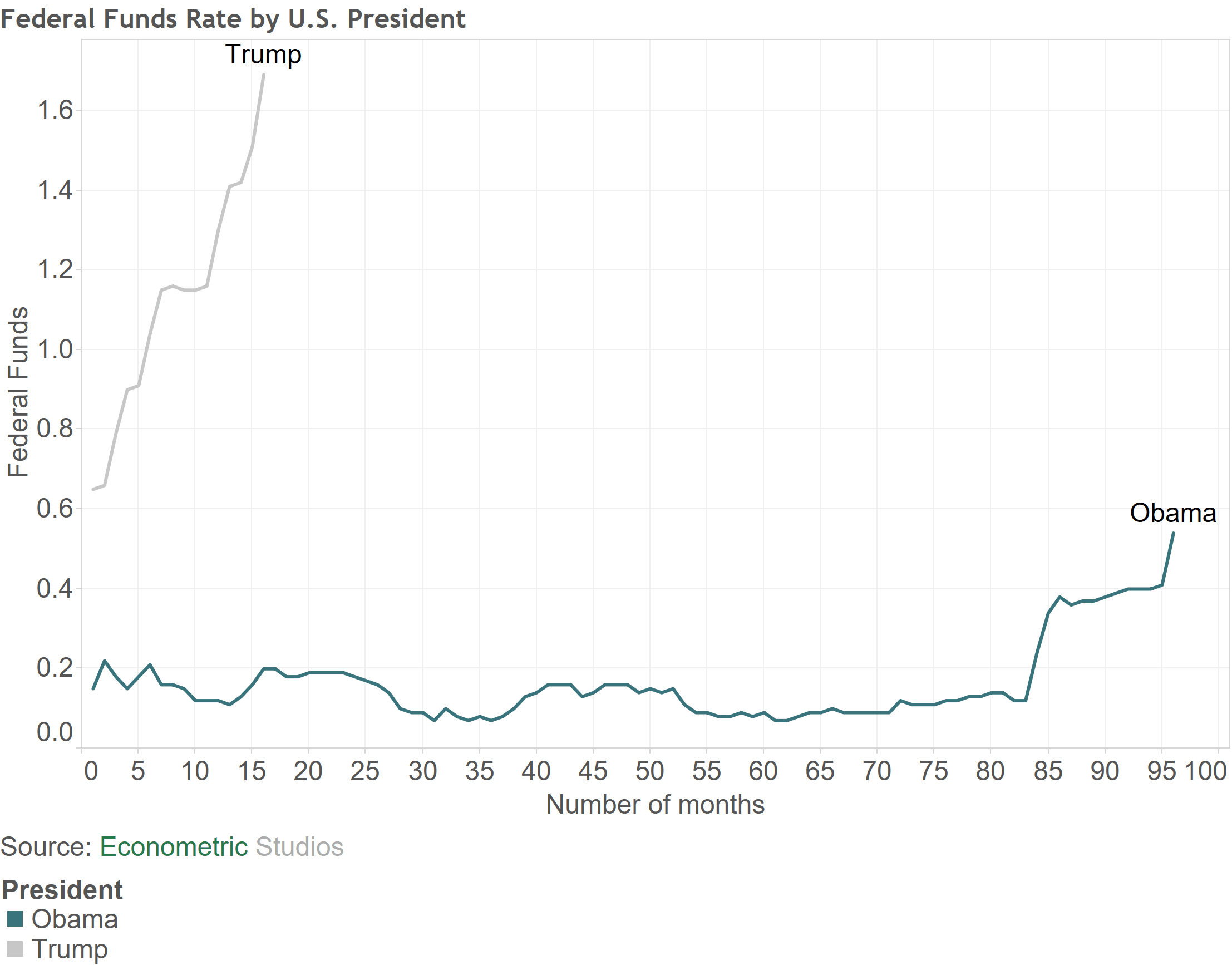 Political Bias or Something Else?

Is there any way to make a judgment on the political bias of the Federal Reserve?  The answer is – of course not.  But, the fact that the Federal Reserve failed to take any real, substantive action for almost seven years during the Obama administration might raise some eyebrows.  The economy was doing fine and on solid footing back in 2012 or 2014, both years the Federal Reserve could have been more prudent about managing interest rates.

But, they failed to act back then.  And now they’re moving.  Hmm, is this funny or discouraging?

In looking at Federal Reserve actions on its federal funds target rate over the Obama and Trump administrations, it appears quite clear that something is going on there at the Federal Reserve when it comes to politics.  What is going on is the question.