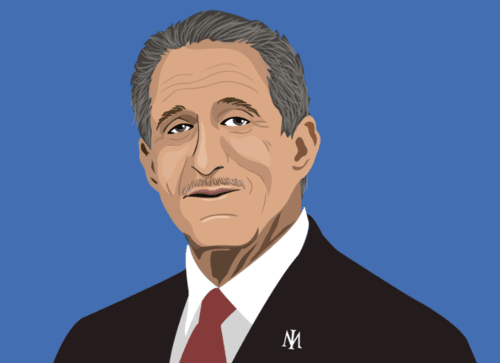 It doesn’t really seem to matter how many successful businesses I come across; I’m constantly amazed at the synergies that exist in all of them. By now you’ll no doubt see the obvious correlations between them all as well, and the really interesting thing about it all is that in each and every one of them, both the ones I have reported on here as well as others we are yet to review, the lessons we take from them are not to be found in academic institutions.

They don’t teach this stuff at universities, or in prestigious MBA programs; all of the individual success components that go together to make up each of these outstanding businesses came from one or two individuals who dared to think and act differently.

I love learning from people who have built and run successful businesses. Like the Investment Masters, there are many commonalities across great businesses and great business people. As I've written many times before, to understand a stock you must understand the business. One of my favourite podcasts 'How I Built This - with Guy Raz' recently interviewed Arthur Blank, the co-founder of Home Depot, who stepped down as co-Chairman in 2001.

To say Home Depot has been a phenomenal success would be an understatement. Home Depot was founded in 1978 and went public in 1981. One hundred dollars invested in Home Depot in 1981 would be worth approximately $540,000 today versus $2,300 in the S&P500. I came across Home Depot's phenomenal performance reading one of the annual letters of Arlington Value Capitals' Allan Mecham. Mecham noted that despite it's 49X PE multiple in 1984, Home Depot's share price went on to compound at 20%pa over the following 29 years.

Prior to co-founding Home Depot, Arthur Blank was running Handy Dan with his colleague Bernie Marcus. Handy Dan was the most most successful home improvement chain in the US at the time and the most profitable subsidiary of an ailing conglomerate, Dylan Inc. Despite the subsidiary's success, Blank and his colleague, Bernie Marcus, were fired after a corporate raider, notorious for retrenching company's incumbent senior management, took control of Dylan Inc.

After reflecting on their newfound situation, Blank and Marcus decided to set up their own hardware business. In doing so, they inverted the typical question a start-up might propose - they asked 'who couldn't we compete with?'

“I wanted to take my time, as did Bernie, and think through the options we had and didn’t want to rush into anything. I took the better part of the year off, did a lot of running, spent a lot of time with my kids. I was looking at a lot of alternatives. We wanted to think outside the box. Bernie had said ‘If we were ever to leap frog our own business, the Handy Dan home improvement centres, what kind of home improvement centre store could we not compete against?’ We said we could never compete against the big warehouse, no frills, down market, low prices, great service, great services. So instead of taking that Handy Dan model of the Four’s [four million dollars sales, forty percent margin, 40 staff people, etc] we said, 'lets try and leap frog the industry dramatically.'”

Buffett takes a similar approach when he analyses businesses ... "One question I always ask myself in appraising a business is how I would like, assuming I had ample capital and skilled personnel, to compete with it."

In the early days, while establishing the business plan, Blank and Marcus realised that if their start-up was to be successful it was going to come down to them to make it so...

“The reality is the investors in our company, 144 of them. Really what they were buying into were myself and Bernie. We had the experience and they looked back at Handy Dan Home Improvements Centres, and they said we’re betting on people here, we are not betting on one small store.”

The opening day of their first two stores was a crushing disappointment. What led to their actual success was listening to the customer and a lot of trial and error..

“We had this grand opening and nobody came. We spent the next year, and one of our core values is to listen and respond. I spent 75% of my time on the floor of the store finding out from customers what is it they like, didn’t like, and we kept changing the mix, adding things, taking things off, changing prices, assortments and vendors, making sure of service levels in areas they wanted them. We kept refining the model. Every competitor came into our store and visited us said ‘you're crazy, the stores are much too big, prices are much too low, you have way too much product and stock, too many services, the math isn’t going to work." Of course the math wasn’t working in 1979. We fine tuned it and got it where it needed to be. It exploded in 1980 and 1981 and the numbers were incredible.”

In a similar fashion to both Nucor and Koch Industries, which we learnt about recently, one of the most important aspects of the success came from their business culture. Home Depot's was built around helping customers and listening to the people on the front line..

They managed growth one store at a time, constantly seeking improvements and empowering their people..

“Sam Walton was asked how did you get from $10b to $20b dollars [in sales]. Sam said we opened one store at a time. And that’s all we did. At Home Depot, we had a one year budget, a 5 year plan, but we focused on every single store and our plan was that each store had to be better than the last store we opened up.  So we didn’t have any planograms, we didn’t have any ‘you have to do it this way’, we didn’t let the model get frozen, we made the folks running the store think about ‘this is the last store, how do I make this store better?', 'how do I own it?', 'how do I feel accountable for it?', 'how do I inject my ideas into, and how do I make it better?'. So every store got better.”

After looking back on his successes, Blank gives valuable advice to young folks: "make sure you have balance in your life, because too many young executives' attitude is to work hard, put my career on 5th gear and go, go, go. When you return home in ten years you won't recognise your kids and your spouse will look at you and say 'who are you again?' It's important to find balance in your life."

He also attributes much of his success to intelligence and hard work, versus luck and timing.

"I think that luck and timing is a big deal. I really do. A lot of success is based on timing and luck and being in the right place. But, also about seizing opportunities and being prepared to go out of your comfort zone. I'm a big proponent of Outward Bound; I've done a lot of the course myself. A lot of it is based on their strategy which is to serve, to strive and not to yield. Having that entrepreneurial drive and spirit, to get up every day, to have purpose in your life everyday, to become better every day. I am doing this because I have a passion for doing it and I love being of service to other people in whatever form I can be."

Its clear that innovative thinking, learning from your mistakes, loving what you do, continuous self-improvement, effective culture, listening and humility are common threads for both successful businesses and investors. We've certainly written about these things often enough. Luck has very little to do with it, as does the formulaic approach to operating businesses that we are taught within academic institutions. Success is created through hard work and daring to be different. Easy wins are exactly that, easy; meaning that the expected returns should be commensurately low. Even Home Depot took several years to show the right returns and in those early years the 'nay sayers' were everywhere. The British SAS got it right with their motto; "Who dares wins."