Margin debt in the United States — money borrowed against securities in brokerage accounts — has risen to its highest level ever, at $384 billion, surpassing the previous peak of $381 billion set in July 2007 according to New York Times Business Day’s Off The Charts: Sign of Excess?. Margin debt as a proportion of GDP is not quite yet at the peak set in 2007, but it has exceeded 2.25% only twice previously in the last 50 years–2000 and 2007. The bottom panel shows that each of those instances was followed by a large drawdown: 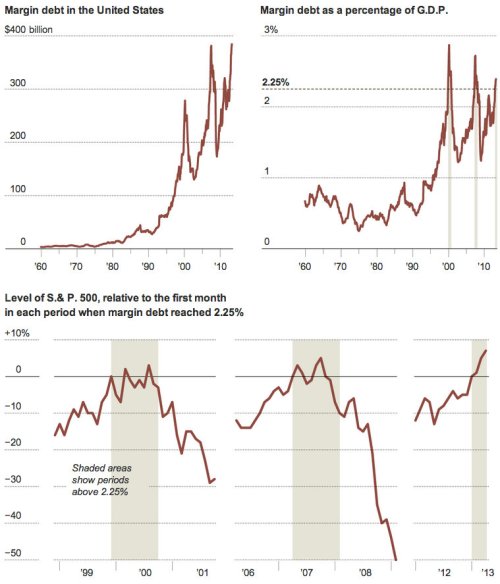