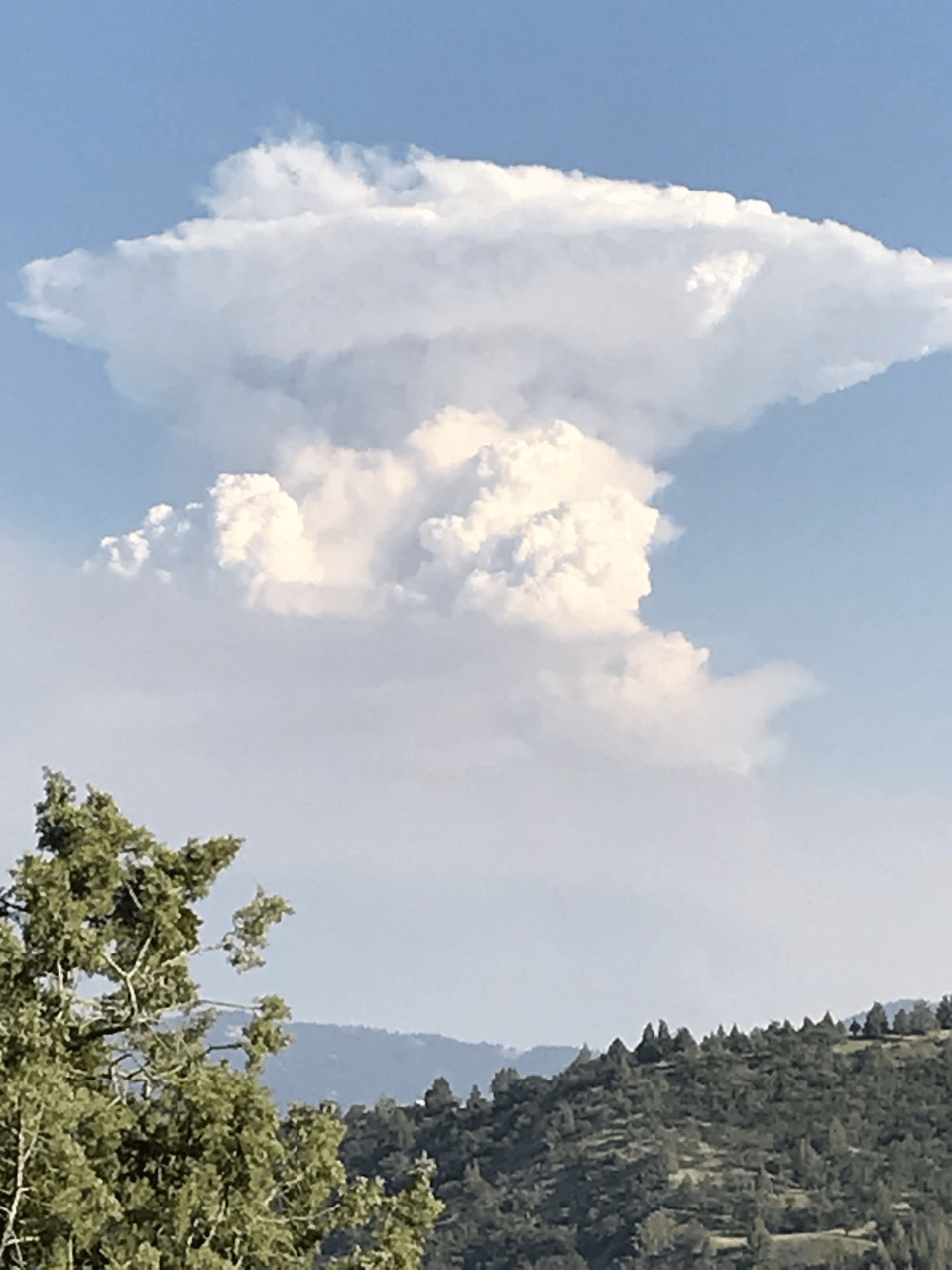 The Mt. Shasta Fire (Lava Fire) that melted some of the glacier and snow is resulting in the expected catastrophic erosion.

It seems that too many people, including elected officials and land managers, continue to overlook or in some cases, intentionally ignore a genuine cost-effective solution to catastrophic wildfire.

How about learning for a change, instead of doing the same old things over and over expecting a new result?

Officials need to start listening to experience that is combined with un-politicized science, or these fires will continue and grow increasingly worse, resulting in more and more socioeconomic devastation and the obliteration of our remaining forests and ecosystems.

All the while, human suffering increases and post wildfire homeless camps are growing, as even more or the remaining wildlife are being decimated, along with riparian areas and fisheries.

It is estimated that, depending on the ecosystem, between 20-80 animals per-acre are killed in wildfires. The mathematics of the wildlife devastation is horrific given that we have now experienced a 'giga-fire' that was 1-million acres, resulting in at least 20-million animals killed.

The impact of failed wildfire prevention on the flora and fauna is sending even more species of flora and fauna into the category of being endangered and threatened species, while some may even become extinct.

Wildfires Are Growing More Disastrous By The Year!

Unless elected officials, politicians and land managers start listening to new ideas based on science and empirical experience, the entirety of western ecosystems may end-up being devoured by wildfires and many counties and towns will be virtually erased from the map...

Already, town after town, locally, regionally and nationally have been incinerated by wildfires fueled primarily by grass and brush.

Have we already forgotten the incineration of Phoenix and Talent Oregon? What about Paradise, California and the 86 people killed as more than 200 homes were destroyed? The list goes on and on.

How many millions of acres of forests and the wildlife therein must we lose before intelligent land management is undertaken by reestablishing the native species herbivory?

How much catastrophic erosion after wildfires must fisheries be subjected-to before we start doing what will work? When all the salmon are gone?

Many of the Indigenous peoples down at the mouth of the Klamath River, including some so-called fisheries biologists, truly don't even understand the problem that has affected our salmon and steelhead runs.

It's definitely not the dams on the Klamath River that's causing a loss of salmon and fish runs.

The culprit in the loss of salmon is the catastrophic erosion that occurs post-wildfire and destroys fish eggs representing future salmon runs.

A Direct Correlation Between Loss of Salmon and Catastrophic Wildfire

The cause of the ongoing loss of returning salmon is directly related to, and tied to the timing of the evolving catastrophic wildfires on the Pacific coast of America.

When less fish eggs fail to survive after being covered with post-wildfire sedimentary erosion, less fish fry are produced and less fish return to the spawning grounds.

This simple factual phenomenon seems to be eluding many people, including some so-called fisheries biologists who are either willfully ignorant or obfuscating this fact in favor of incentives from the Klamath River dams removal projects.

Catastrophic wildfire is different than natural wildfire as a function of the difference in the amount of heat each kind of wildfire generates.

And the heat generated is a function of how much 1-hour class fuels (grass and brush) are involved. Science proves that when the natural herbivory depleted (native grazers; deer, wild horses, elk) that results in abnormally excessive grass and brush annually; abnormal fuel levels.

Abnormally hot catastrophic wildfires destroy all the vegetation, including fire-evolved trees, on the landscape. These abnormally hot wildfires also pasteurize the soils, killing the microbiome in soils and devastating the root systems that are critical in maintaining soil stabilization. This in turn results in catastrophic erosion when the fall and winter rains arrive.

The damage to migratory fish runs is hiding in plain sight!

The culprit in failing salmon runs, along with changing ocean conditions, is the heavy post-wildfire silting-in of the spawning gravels in the river and stream beds (aka 'redds') that suffocates the deposited fish eggs in the late fall and early winter.

When the rains come, they wash all the topsoil off the lands that have been laid barren by the catastrophic wildfires during the summers.

It's been nearly half a decade since I first wrote to politicians and land managers about the situation. And numerous articles and press releases have been provided to help illuminate the solution.

Nevertheless, at unbelievably great cost in lives, property and natural resources, legislators and officials have empirically proven, they don't have the right answers to this these serious issues. The problem is still growing! And the climate is not a legitimate excuse; this is a fuel problem. Less fuels equals less fire.

And when they are presented with the facts and science that conflicts with their failed approaches,  pride and ego prevents some people from accepting the truth.

We can't log our way out of this problem! Although, logging will not make matters worse.

We cannot prescribe-burn our way out of this dilemma; grass and brush return to the landscape almost immediately after such burns, and the smoke from prescribed burns is harmful to human health and adds to greenhouse gas emissions.

Direct Correlation Between Loss of Herbivores and Evolution of Catastrophic Wildfire

Scientific studies, like the one from Dr. William J. Ripple PhD (Oregon State Professor of Forestry) prove we need to reestablish our seriously depleted herbivory on the landscape.

This process can be immediately affected and have a positive impact by starting with replacing all the native species American wild horses that have been rounded-up over the last 4-decades back onto the landscape in wilderness areas designated as 'critical wilderness'.

It will take decades of hard work and sacrifice to reestablish the cervid (deer, elk, etc) populations in California and Oregon.

And in the meantime, we have about 70,000 native species (wildlife) wild horses that could be immediately deployed into wildfire fuels reduction roles. These wild horses have been rounded up and taxpayers are spending $100-million annually to keep them in off-range feed lots.  It’s like putting the fire-department in jail during fire season.

If these wild horses are rewilded, the daily reduction of wildfire fuels (grass and brush) would be 1,100 tons of grass and brush daily!  And the best part of this is that it's free of cost and there is virtually no risk compared to alternative and less effective methods for fuels reduction. 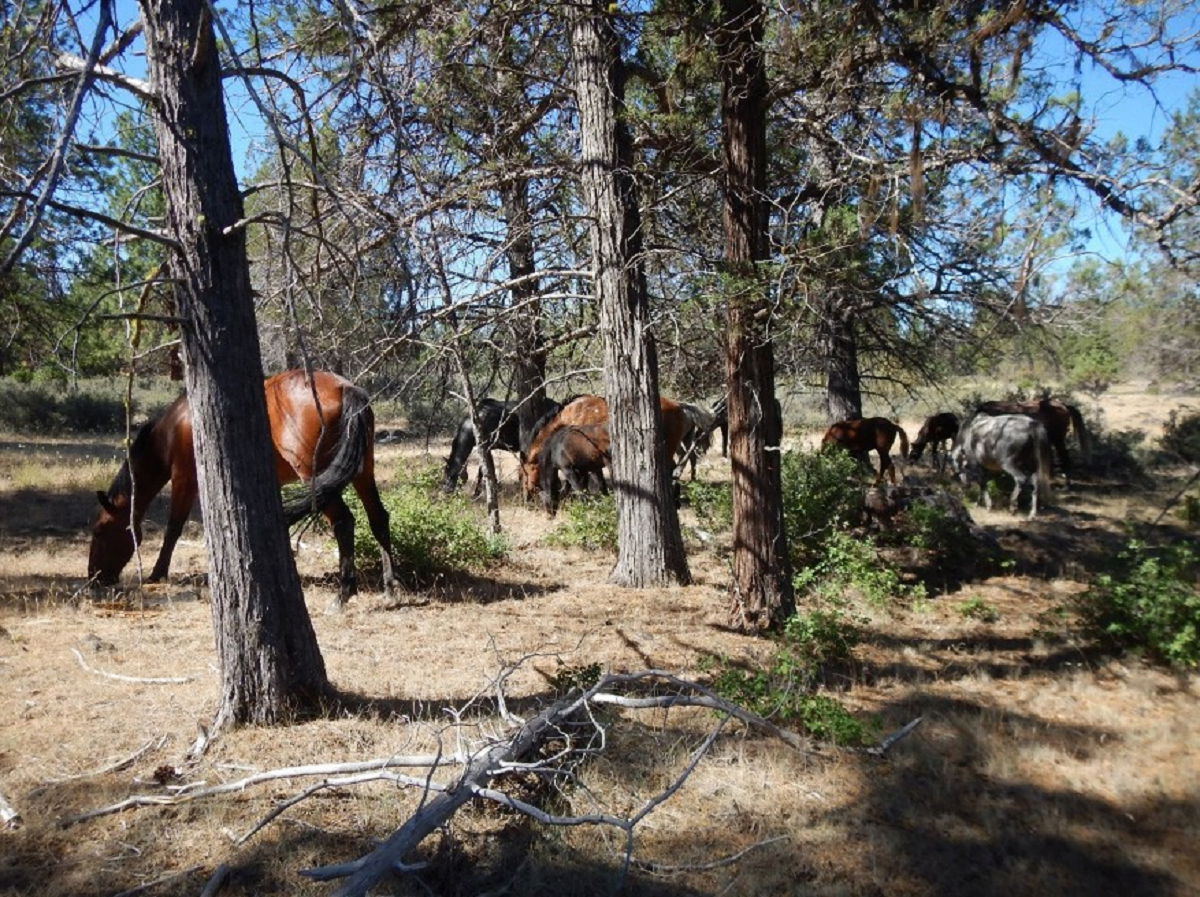 Photo:  A family of wild horses symbiotically reducing wildfire fuels off a forest floor at no cost or risk to taxpayers. Photo from 5-year Study: 'Impact of Wild Horses on Wilderness Landscape and Wildfire'

Rewilding: Jozef Keulartz. "The removal of large herbivores has adverse effects on landscape structure and ecosystem functioning. In wetter ecosystems, the loss of large herbivores is associated with an increased abundance of woody plants and the development of a closed-canopy vegetation. In drier ecosystems, reductions of large grazers can lead to a high grass biomass, and thus, to an increase in the frequency and intensity of wildfires. Together, with the loss of a prey base for large carnivores, these changes in vegetation structures and fire regimes may trigger cascades of extinctions (Bakker et al., 2016; Estes et al., 2011; Hopcraft, Olff, & Sinclair, 2009; Malhi et al., 2016)." http://oxfordre.com/environmentalscience/view/10.1093/acrefore/9780199389414.001.0001/acrefore-9780199389414-e-545

Each horse deployed into a wildfire fuels reduction role consumes about 5.5 tons of grass and brush per year, and at the same time, they reseed the native plants, which controls erosion. All of that is by a natural plan that has evolved over millions of years.

In stead of spending $100-million/year in tax-dollars to roundup, house and feed wild horses held captive, we save the $100-million/year by deploying these wild horses into wildfire fuels reduction roles in designated ‘critical wilderness areas’, which must be protected from catastrophic wildfire at all costs.

In this wildfire fuels reduction role, those 70,000 wild horses will symbiotically mitigate wildfire fuels at the rate of approximately 400,000 tons of grass and brush annually!

They also sequester the carbon carbon compounds back into the soils instead of sending them into the atmosphere as greenhouse gases via wildfire smoke!

William E. Simpson II is a naturalist/rancher living among and studying native species American wild horses. He is the author of two published books and more than 100 published articles on subjects related to wild horses, wildlife, wildfire, and public land (forest) management. He has appeared on NBC NEWS, ABC NEWS, theDoveTV and has been a guest on numerous talk radio shows including the Lars Larson Show, the Bill Meyer Show, and on NPR Jefferson Public Radio. 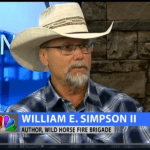