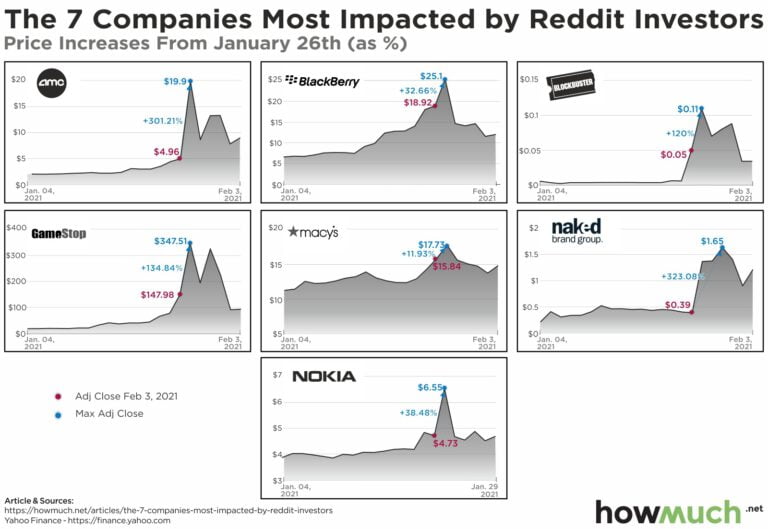 WallStreetBets is a subreddit suddenly famous for driving individual investors to crowd into and out of stocks, launching several companies on a rollercoaster ride and setting record levels of market volatility. Here’s how 7 picks from Reddit’s WSB have fared over the last several days. 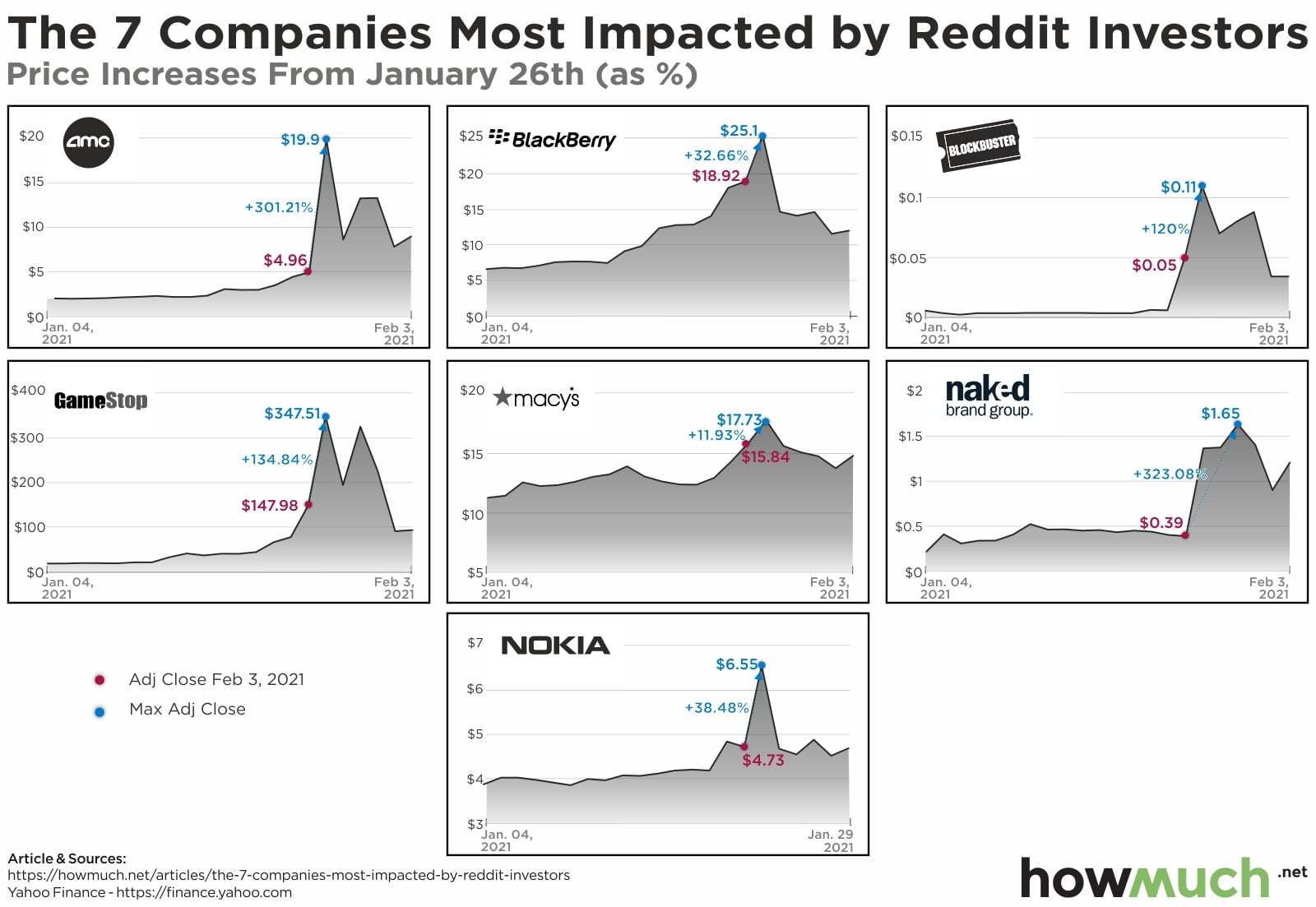 We grabbed the daily closing price according to Yahoo Finance for several companies popular on Reddit’s WallStreetBets. We focused on the day where the market saw the wildest swing in prices, January 26, marking where these companies started and ended the day together with the overall percentage change in value. Since a lot of brokerages now offer trading for free, including fractional shares of companies, our approach allows for an apples-to-apples comparison of how volatile these companies have been over the last several days.

GameStop is certainly the most famous pick in WallStreetBets. The stock started the year at $17.25, before rising throughout mid-January to about $40. But things started to take off on January 27, when it closed at $347.51, a record high. That represents a YTD increase of some 1,914%. If you had put $1,000 into GameStop at the start of the year and sold at its peak, you’d net a tidy profit of over $19,000. But then platforms like Robinhood decided to suspend new orders, and as the demand dried up, the price started to plummet. GameStop closed on February 3 at $92.41, still about five-times higher in just over a month. Robinhood is now being sued for its actions, not to mention some high-profile Congressional hearings.

There’s been a lot of reporting about these stock price movements over the last several days, but there is still a lot we don’t know. For example, many Reddit users are saying they are not behind the recent surge in the price of silver. They claim it’s hedge funds trying to make the WallStreetBets subreddit community look bad. It seems much more likely that an uncontrollable mass movement of individuals is moving into and out of assets depending on how they read crowdsourced information. That being said, all of the stocks mentioned in this article are still trading above where they started the year. Either there’s a new populist dynamic in financial markets, or these shares still have a ways to fall before 2021 is over.