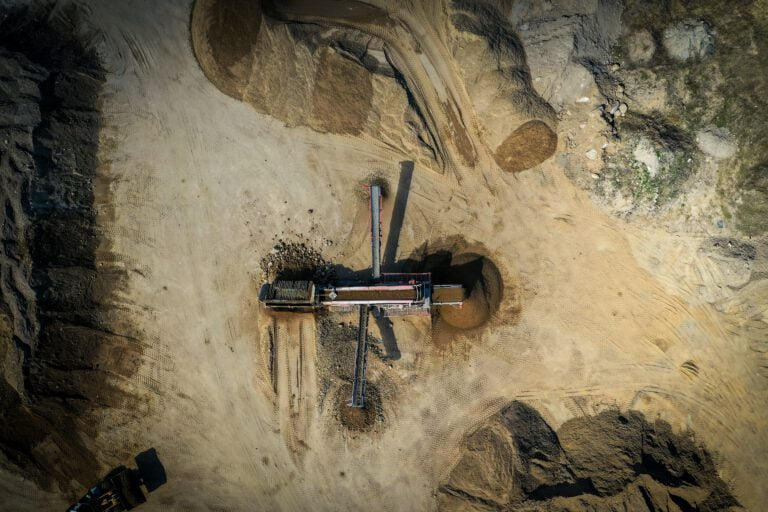 Investors are concerned about inflation and justifiably so. Consumer prices spiked in 2021 to levels not seen in decades in the U.S. and Canada; in fact, for most global economies, 2021 marked a sharp break from what has been an unusually long period of low-to-moderate inflation. Are we headed for a repeat of the 1970s when inflation reached double digits? If your investment does not generate sufficient returns to beat inflation, one thing is certain – inflation can erode the value of your portfolio, even if you maintain positive returns year-over-year. Many younger investors have never faced this invisible drain on their purchasing power.

Historically, gold as an asset class has proved its worth time and time again as an effective hedge against inflation and economic instability, generating returns greater than inflation. The yellow metal has seen an average annual gain of 9.48% over the 20 years between September 2001 and September 2021. Over the same period, inflation averaged 2.4%, netting investors a 7.08% rate of return. Gold is one of the first lines of defense against purchasing power erosion for investors.

The importance of gold mining companies was evident in October 2021, when they buoyed Canada’s benchmark stock index after gold prices gained at the same time that inflation rose, Reuters reported.

That’s part of the reason why the gold mining industry will be critical as the world continues to hurdle a seemingly continuous succession of crises. Gold mining represents an important driver for the world economy, especially in times of crisis. Well-managed, socially responsible resource exploration and extraction contributes to economic growth through the creation of jobs, business opportunities, infrastructure build, and socio-economic development often in areas most needed.

Gold explorer-developers in stable mining jurisdictions like Red Lake, Ontario, are at a particular advantage in this environment. One that is touted to be on the rise is Trillium Gold Mines Inc. (TSXV:TGM; OTCQX:TGLDF)

The company has been acquiring prospective areas in Red Lake, Ontario even before gold began its recent rally and today holds one of the largest land assemblages of over 72,000 hectares across the Red Lake Mining District. Reputed among the highest-grade gold producing regions in the world and a top jurisdiction in which to operate, Red Lake has produced over 29 million ounces of gold at an average grade of more than 15 grams per ton of gold. Much of its production comes from the Campbell-Red Lake mining operations, formerly owned by Goldcorp, which was acquired by Newmont in 2019 for $10 billion becoming the #1 gold producer. The Red Lake operations were subsequently acquired by Australia’s Evolution Mining in March of 2020.

All this history shows that Trillium Gold’s most advanced project (Newman Todd-Rivard) which lies within 25 kilometers of it, and its Gold Centre project situated just 350 meters southeast of the underground giant, are smack in the heart of the region’s production. To top it off, Trillium holds over 100 kilometers of contiguous blue-sky potential along the Confederation Greenstone Belt, on the same trend as the Dixie deposit owned by Great Bear Resources which is the subject of a current takeover bid by Kinross Gold in a deal valued at approximately $1.8 billion and representing a 40% premium to Great Bear shareholders.

Investors who know the landscape and fortuitously invested in Great Bear early on, saw their investment grow exponentially, from less than $1.00 in 2018 to $29.00 bid price. Many are now looking to Trillium Gold to be the torchbearer and discover another Dixie deposit or two, while those who waited too long to participate in the upswing are saying they won’t make that mistake again.

The company’s recent announcement to acquire all Infinite Ore Corporation’s Eastern Vision property holdings in the Confederation Lake assemblage gives Trillium control over a large portion of this highly prospective expanse covering 100 kilometers of favorable structure on trend with the Dixie deposit. Notably, it also makes Trillium Gold the dominant explorer in Red Lake, where M&A and increased investor interest have marked it as a focal hot spot in the Canadian gold mining scene.

With one of the biggest blue sky opportunities in the region, Trillium’s project positioning at Red Lake stands to benefit from its proximity and similar underlying geological structure to that of Red Lake’s major mines and deposits.

The region’s advantages are all about structure and positioning; so, with that in mind, Newman Todd which is being advanced to be the next open pit mine is an ideal example of an opportunity in the making. The real excitement which the company equates to ‘winning a lottery’ is their Gold Centre project which potentially represents the downdip extension of the famed Red Lake operations located just 350 meters away – well within the distance of Tiger Woods’ drives in his prime – where Evolution Mining continues to explore for high-grade extensions.

It should be noted that Trillium’s geological team is headed by Bill Paterson, a veteran in the Red Lake area and Exploration Superintendent under Goldcorp who is attributed with the underground development and start-up of the famed Cochenour mine, the first of the trilogy of underground mines that form the Red Lake operations. He’s assembled a nucleus of experts with well over a century of Red Lake experience.

Trillium has the funding to complete the current drilling program underway at Newman Todd and the Gold Centre and is already planning the upcoming season’s Confederation Belt exploration programs.

This strategy of developing a project portfolio encompassing three distinct drivers of value, not only distributes the risk but maximizes the potential for discovery. In the case where more than one of the projects yields a significant discovery, it would have a multiplier effect such that even one could far surpass the company’s current market cap, not to mention the possibility of an acquisition of one or all of them combined.

Red Lake is bursting with potential and Kinross’ bid to acquire Great Bear has attracted the attention of investors around the world. Majors from North America to Australia are looking at M&A and joint venture opportunities over large-scale land positions in the vicinity of Evolution’s Red Lake operations and Great Bear’s Dixie but they are few and far between. Trillium Gold couldn’t have picked a better time or place to have a district-scale land package to attract a major.

The company’s progress has so far shown remarkable similarities with Great Bear’s early success at Dixie, and a potential opportunity for investors looking for gold exploration companies after the acquisition is completed. That progress is being driven by a management team bringing together some of the best in the business of exploration, mining, and finance with careers developed with the majors.

Inflation is a global concern, and even the Fed has had to own up to the fact that inflation has been building for months and it’s as plain as the escalating costs we’re paying.

The real winners are those whose portfolios contain inflation-proof, safe-haven assets that have stood the test of time such as gold. It’s not a get-rich-quick type of investment but it has real staying power, and chances are that it will shine brightest when currencies depreciate, and high-risk vehicles explode.