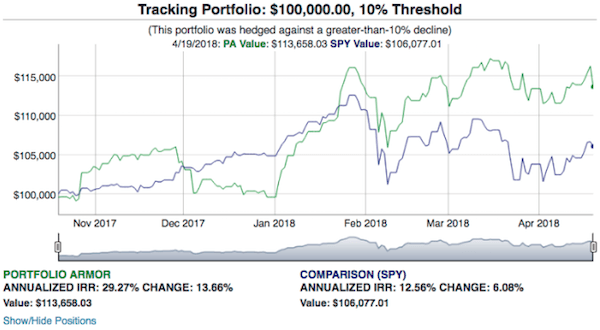 Last time, I asked you to think back to last October. Let’s try that risk management exercise again, with slightly different parameters. Imagine you or someone you know had $100,000 to put to work, but was risk averse. In a worst case scenario, such as a major market correction, they were unwilling to risk a decline of more than 10%. What approach would you have taken?

Maybe you would have a conservative fixed income fund such as Hussman Strategic Total Return [HSTRX). If so you would have been down about 0.85% from October 19th to April 19th. 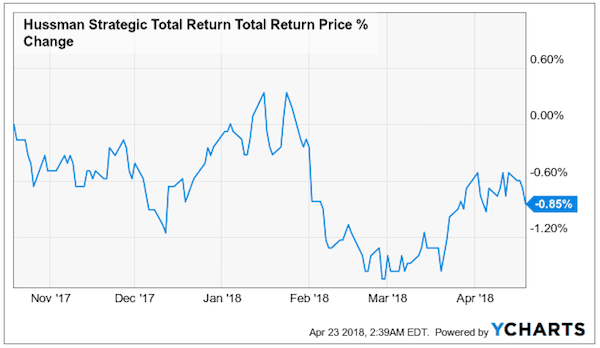 This is the hedged portfolio Portfolio Armor presented on October 26th for an investor with $100,000 who was unwilling to risk a decline of more than 10% over the next 6 months.

The primary securities here were Align Technology (ALGN), Alibaba (BABA), Netflix (NFLX), and Nvidia (NVDA). They were selected because they had the highest potential return estimates, net of hedging costs at the time when hedging against a >10% decline, and they had share prices low enough that you could buy a round lot of one of them for less than $25,000. Weight Watchers (WTW) was added in a fine-tuning step to absorb leftover cash from rounding down to round lots of the first four names. 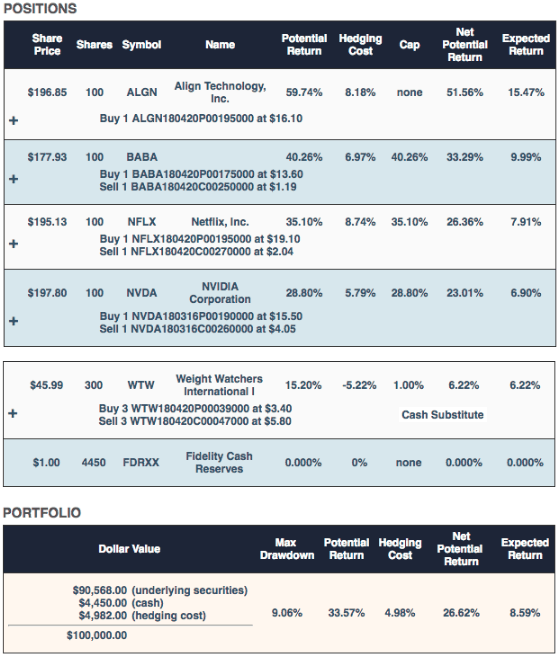 The worst-case scenario for this portfolio was a decline of 9.08% (the “Max Drawdown”), and the best-case scenario was a gain of 26.62% (the “Net Potential Return” or aggregate potential return net of hedging cost). The “Expected Return” of 8.59% was a ballpark estimate taking into account that actual returns, historically, have averaged 0.3x Portfolio Armor’s potential return estimates.

For an interactive version of the chart above, showing the values of each of the underlying positions and options as of each trading day, click here.

As you can see in the table below, which shows the results of other portfolios created last year that were hedged against >10% declines, there’s some variance in returns with this approach.