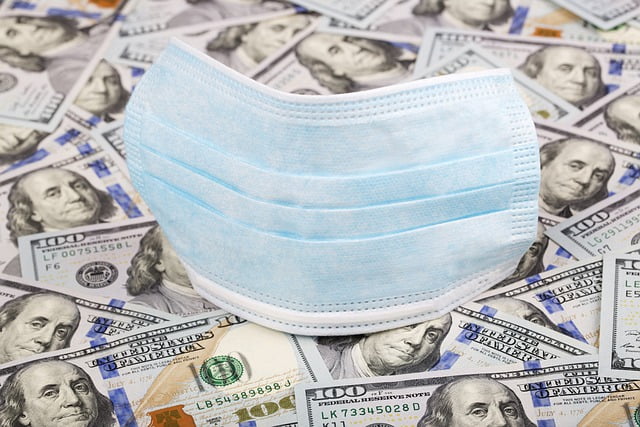 For an economy that relies so heavily on incoming remittances from an external workforce, COVID-19’s impact on money being sent home to families in India could be devastating.

The Impact Of Covid-19 On Global Remittances

India is known as one of the biggest recipients for global remittances and the inflows are considered vital to the country’s macroeconomic outcomes. That is why any change in remittances – either up or down – can have a very significant impact on India and its people.

Last year when the COVID-19 pandemic first fit, the World Bank forecast global remittances would plunge by 20%. In India, specifically, remittances were projected to fall by as much as 23%, while actual figures fell by 9%. That’s better than earlier forecasts, but it’s still a significant drop for a country where remittances make up around 3% of total GDP.

In Finder’s March repo rate forecast report, featuring a panel of leading Indian economists from organisations including RBL Bank and Deloitte India, half the panel agreed the drop in remittances would impact India’s ability to recover from the pandemic.

In other words, unless remittances returned, the Indian economy would struggle to return.

In the same Finder report:

The Reliance On Remittances

One panellist, Deloitte India associate director Rumki Majumdar, thought the drop had impacted the country negatively as several states rely on remittances for their income.

Another, Ahmedabad University assistant professor Amol Agrawal, noted how the drop in remittances would impact families’ day-to-day lives. “India is the largest recipient of remittances. Several families depend on the remittances for running their homes. A decline in remittances must have impacted these families and impacted their ability to recover from pandemic shock,” Agarwal said.

But it is crucial to note, this was all before the latest wave of infections had truly taken a hold of the country.

When Finder ran the panel in March it was before the most recent COVID-19 wave. Things were seemingly on the up-and-up – unemployment rates had dropped in January and panellists expected them to drop further by the beginning of July. Other economic indicators also suggested India’s economy was showing signs of recovery, with it returning to growth mode in the latter half of 2020.

We can’t say for certain what their forecasts would look like now, but given the latest developments, it wouldn’t be a surprise if the recovery timeline were extended yet again.

Ratings agency Standard and Poors suggests that under severe conditions from the latest wave of infections, India’s GDP could drop by as much as 2.8%, which would derail any economic recovery the country had made since the start of COVID-19.=

Internally, remittances from some urban centres to less affluent areas like Maharashtra have reportedly already fallen by 10% in just 2 weeks, as industrial hubs slow down amid infection spikes.

It seems just as India was finding its footing, the carpet was pulled out from under it.

Remittances Surge From The UAE To India

It’s not all bad news, though. Just this week, we’ve seen reports of remittances surging from the UAE to India. Hasan Fardan Al Fardan, CEO of Al Fardan Exchange said that they had noticed a sharp surge in the amount of funds being sent to India, as families rush to help their loved ones during the crisis.

Money transfer services in the UAE are helping the cause by waiving fees sent to India’s PM CARES Fund and Kerala Chief Minister’s Distress Relief Fund to help get more money to those who need it. Given the amount of donations pouring in from around the world, it wouldn’t be a surprise if we saw a similar fee-waiving trend in other countries too.

Many governments are also pledging funds, with the Canadian federal government donating CAD$10 million in aid and the UK sending urgent medical supplies.

A senior finance ministry official from the Indian government reportedly suggested this week that the economic impact wouldn’t be as serious as it was last year.

“We don’t think the economic impact will be as serious as last year. The localized lockdowns will last at best for a month or two months. This may lead to around 1 percentage point loss of GDP compared to starting estimates," the official said.

Will all this mean India is able to bounce back from the current wave? We sincerely hope so. One way we can all help with the recovery is by asking money transfer companies to waive fees when you send aid to India, whether to support your loved ones or to donate to a relief fund. Every extra rupee that ends up in India will help, so don’t be afraid to make your voice heard on Twitter or by contacting your favorite money transfer company directly.

Zak Killerman is a writer for Finder specializing in money transfers and cryptocurrencies. He loves dogs as much as he loves helping people make better financial decisions.