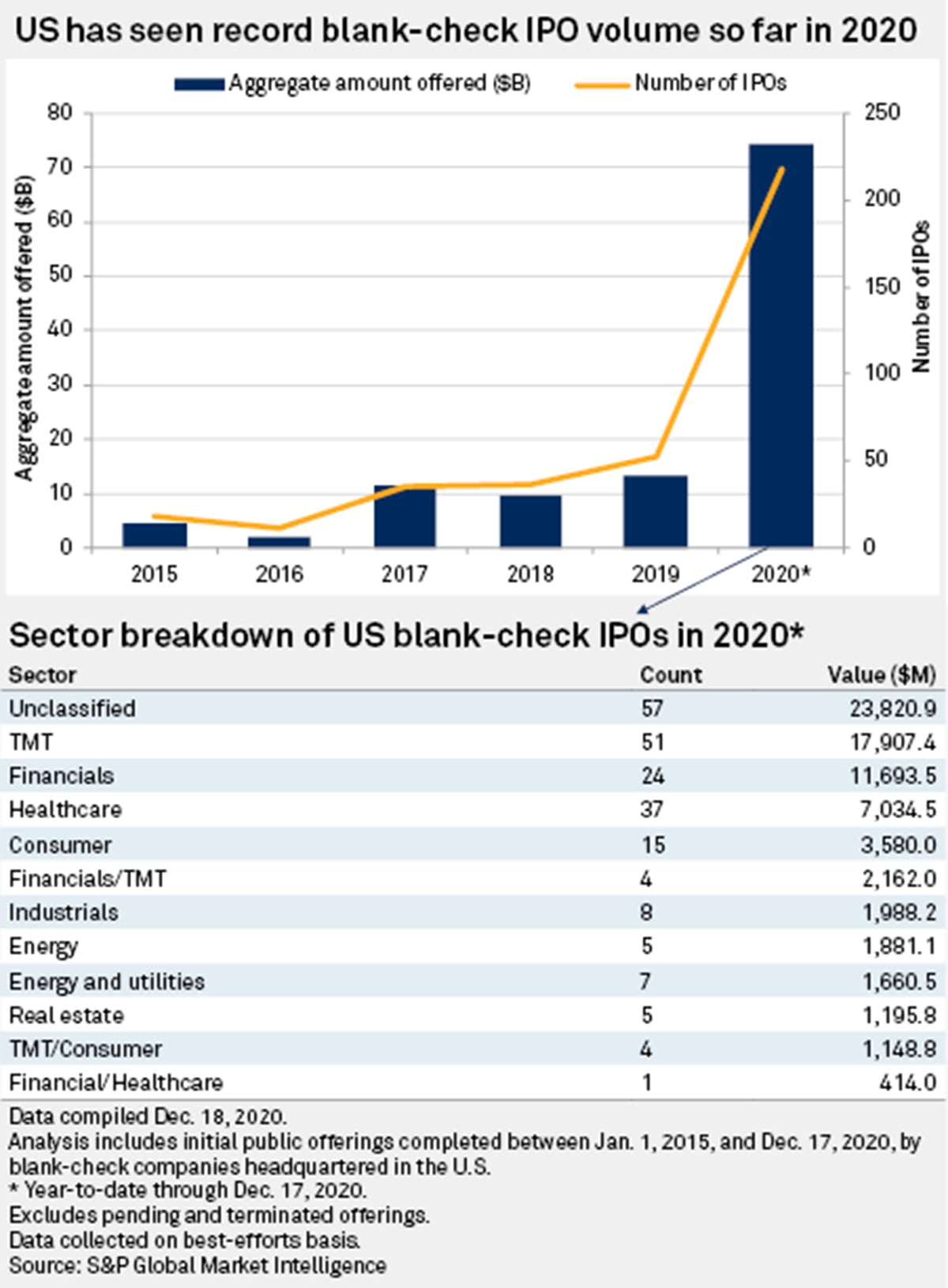 According to a recent S&P Global Market Intelligence analysis, a record of 218 new SPACs debuted in the U.S. in 2020 (as of Dec. 17). SPACs, which are skeleton organizations that launch with the intention of buying and reverse merging with a private company, raised $74.49 billion in the process.

Hundreds of blank-check companies are heading into 2021 on the hunt for a deal after yet another record-breaking year.

Once viewed as last resorts to take a company public, special purpose acquisition companies have entered a renaissance with private market investors and executives looking for more alternatives beyond the traditional initial public offering.

The awakening reached a new high in 2020 when SPACs stampeded into the public markets after the COVID-19-induced equities downturn of March and April. A record 218 SPACs, some backed by the likes of hedge fund billionaire Bill Ackman, former Speaker of the House Paul Ryan and Chicago Cubs Executive Chairman Tom Ricketts, debuted in the U.S. in 2020, according to S&P Global Market Intelligence data as of Dec. 17. SPACs, which are skeleton organizations that launch with the intention of buying and reverse merging with a private company, raised $74.49 billion in the process, Market Intelligence data show. The prior record for SPAC IPO proceeds was set in 2019 when 52 blank-check companies went public and raised $13.31 billion.

Now, Wall Street is readying itself for a barrage of SPAC-led deals in the coming years that could bring scores of private companies public and cement the vehicle's place as a credible alternative to the IPO.