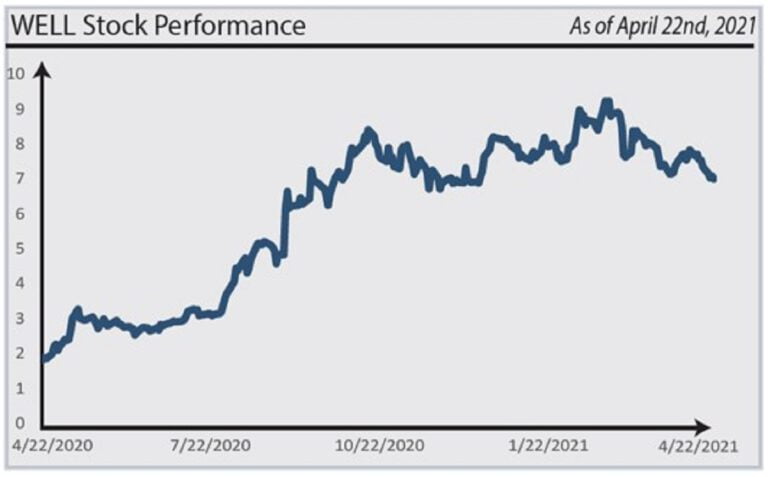 We believe Well Health Technologies is a Toxic Roll-Up 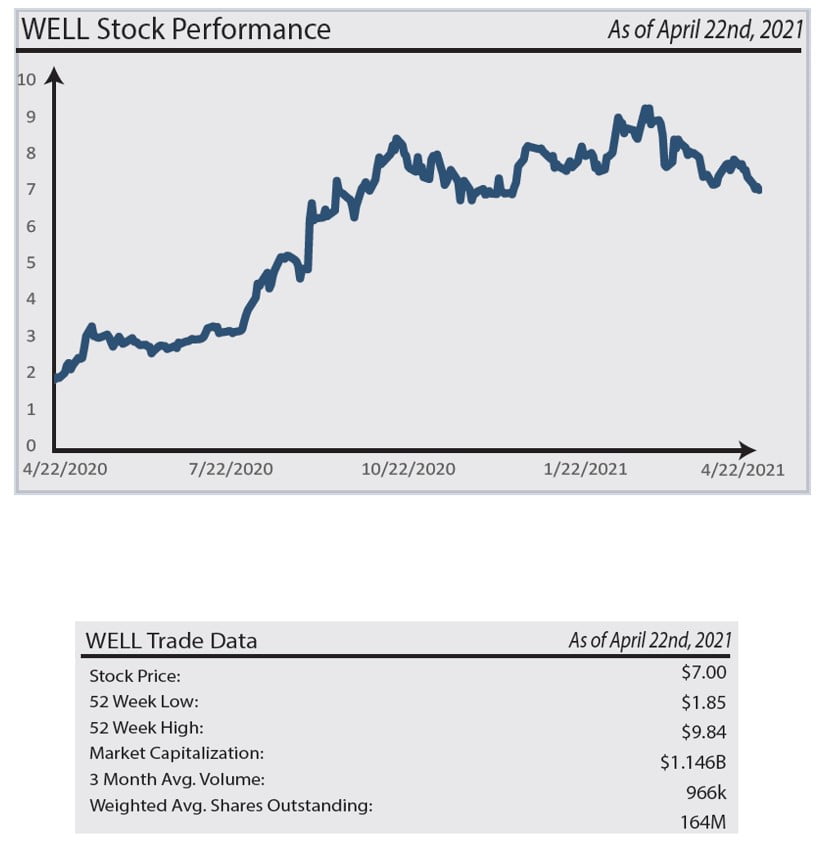 Talk about what the company wants you to see:

However, upon closer examination, we found many red flags in many of their acquisitions including their largest acquisition to date. 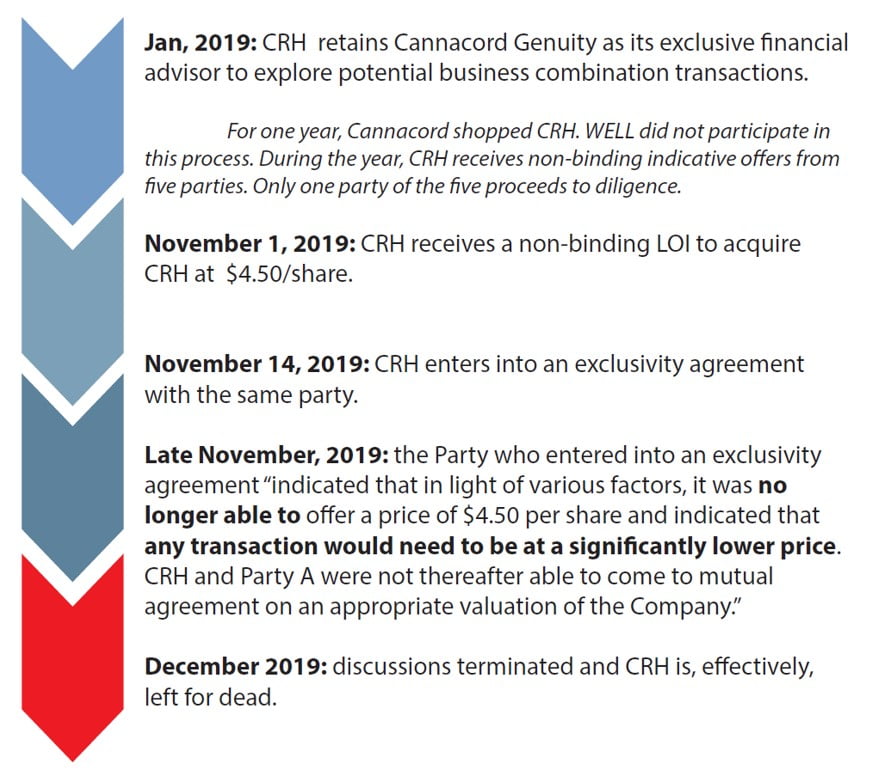 On February 8th, 2020 WELL announced the acquisition of CRH for CAD ~$470M. That is about 1/3 of WELL’s total market cap even at its highest price.

According to WELL this should be highly accretive. However, we believe WELL never conducted proper dd and rushed into the acquisition.

In reality, CRH has been for sale for a long time, during which time there were a few interested parties. However, only one submitted a LOI only to shortly amend and ultimately terminate the acquisition talk. This whole process lasted close to a year.

CRH: An Expensive Acquisition that Nobody Wants

On Dec 22nd, CRH disclosed that it lost its key customer who contributes 20% of their revenue.

On Dec 23rd, WELL submits a non-binding offer despite the latest development. 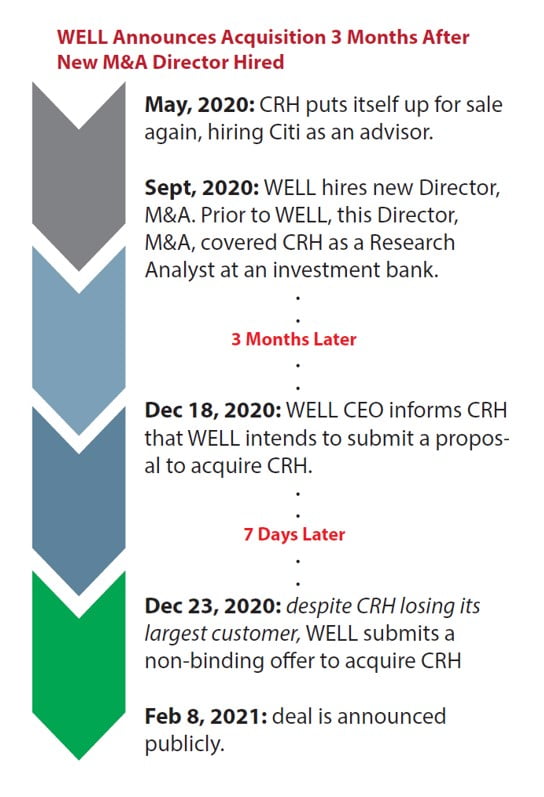 However, WELL’s interest in comparison appears to be very abrupt and ingenuine.

On May 2020, CRH put itself for sale again, 5 months after the previous buyer walked away. In September, WELL hired a new M&A director who covered CRH as a research analyst. Merely 3 months later, WELL intenged to purchase CRH.

CRH: Side By Side Comparison 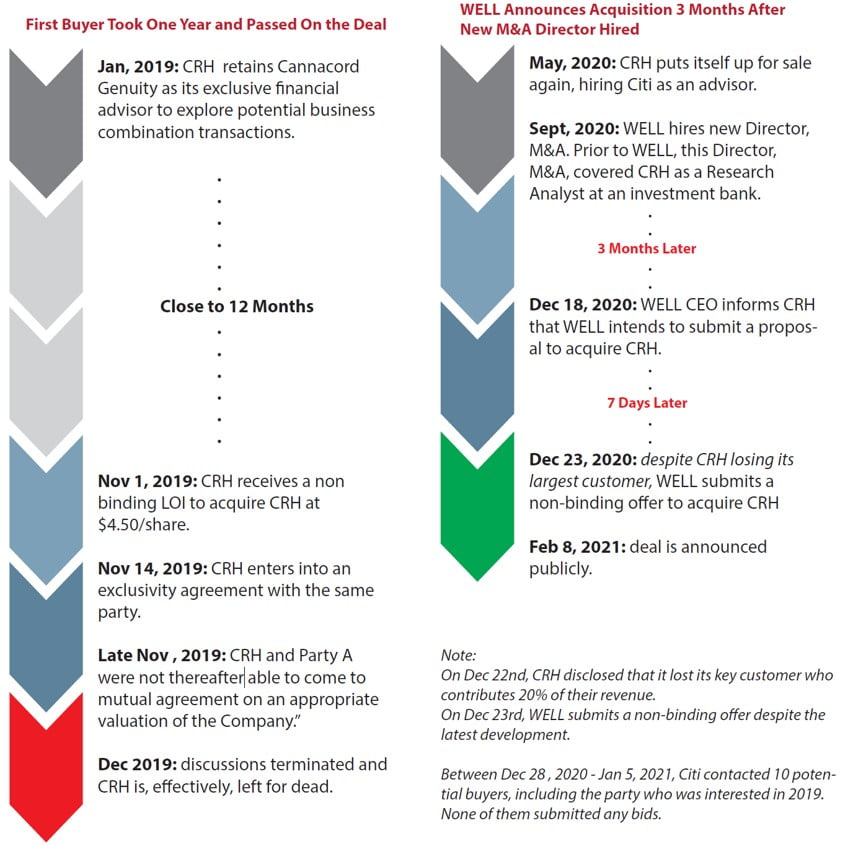 The previous buyer not only took close to a year to arrive at an informed decision to pass on the deal, but walked away a second time during the 2020 sale. However, WELL with its Berkshire like prudent investment method, apparently started modeling a potential acquisition within merely 7 days. Despite the loss of a key customer, WELL still submitted an offer in less than three months. In our view, this was highly irregular, imprudent and rushed.

KPMG recognized a weakness in internal controls. CRH had been using unrealistic assumptions in the impairment evaluation.

Like previously mentioned, CRH lost its largest customer who accounted for 20% of EIBTDA and revenue. This happened during WELL’s evaluation of acquiring CRH. If that wasn’t problematic enough, we quickly realized that CRH had used much too optimistic assumptions in evaluating these contracts. KPMG in their audit opinion stated that “The Company did not involve personnel with sucient knowledge and practical experience in performing the discounted cash flow modelling utilized in the impairment evaluation of intangible assets.”

CRH had estimated a useful life of 12 years for a contract that typically requires renewal after 6 years and has no guarantee of being renewed. In fact, it indeed was not renewed. As a result, CRH undertook an impairment charge of $27M.

Moreover, in 2019, CRH had identified 6 agreements that were subject to the same problems. Apparently, the largest contract CRH lost was not identified as problematic by CRH. This leads us to question the result of the original test and how far CRH has manipulated the evaluation of their customer agreements. 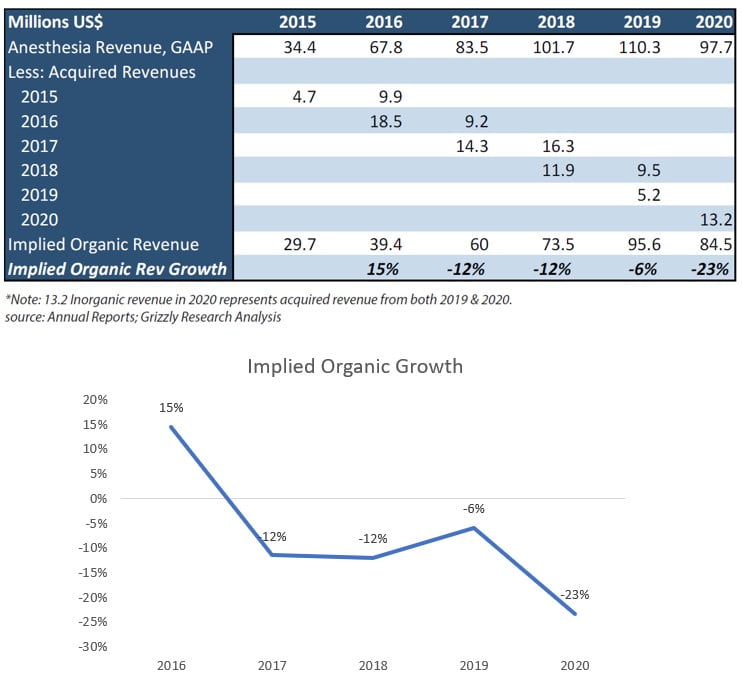 Basically, CRH also has to grow via M&A, otherwise, loss of major customer (although later regained on much worse terms) and depressed margins hardly signal any synergy. The large benefits WELL is touting about is highly contingent on their ability to continue executing M&As for CRH.

CRH also touts about another thing, their patented/FDA-Approved O’Regan System, which is a single-use disposable product for the treatment and removal of hemorrhoids. However, we discovered that it might not be “the best of class” management claims.

Talk about how the Adracare acquisition was also highly problematic. Introduce the background management failed to mention.

Talk about how this too is an overpayment for a company that no one wants. Moreover, there were only two targets Adracare needed to meet. They failed both.

LinkedIn employee count grew from 16 to 25, whereas revenue only increased by 10%. We believe that is also a fail compared to how much expenses will grow.

Even if we give them credit for 10% growth in revenue, still doesn’t justify 300% growth in valuation.

WELL perhaps is attempting lead its investors into believing that it is tapping into the US market, and that they are buying a tech-forward, patient-centric healthcare company. However, this is hardly the case. Circle medical is hardly the telemedicine company investors were hoping for. In fact, the CEO George Favvas publicly acknowledged that his company is not a technology business centure capitalists were willing to fund. Note that back in 2015, Tencent participated in a financing round for Circle, so capital awareness should be relatively high for the company. However, Circle resorted to raising fund through crowdfunding website wefunder.com.

Circle Medical: Had No Real Financing Channels. Insiders Were Happy to Sell Off

With all the technology and revolutionary healthcare delivery in San Francisco, Circle managed to raise a mere $520K from 526 investors, or $1,000 per investor.

Following WELL’s initial investment, valuation of Insig exploded, and leaned more towards equity issued at WELL’s historical high prices. It seems like someone was taking advantage of their stock price. But what is Insig really worth?

Insig: What is it Really Worth? 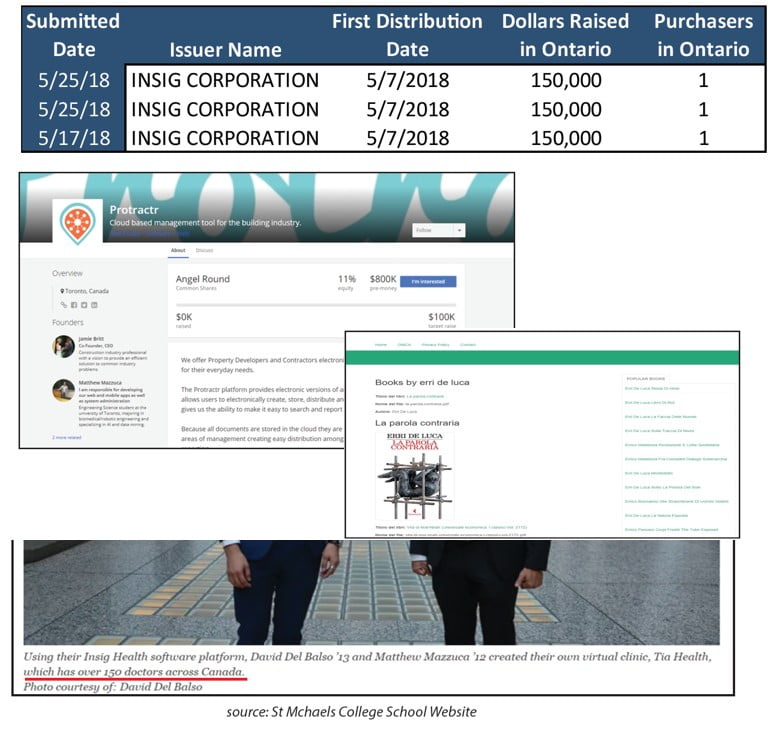 Insig is very much a young venture capital like firm. Typically, a few key check box have to be checked for its to be a successful company.

Funding: No previous interest before WELL, only $450K

Management: Two young grads. One of them previously found a company Protractr that appears to be defunct and couldn’t raise 100K

TAM: Apparently in April 2020, the company only had 150 doctors. Note that in April WELL had already invested and Insig had already partnered with Appletree Medical. So we really doubt the level of activity Insig has right now and believe the TAM is simply not there. 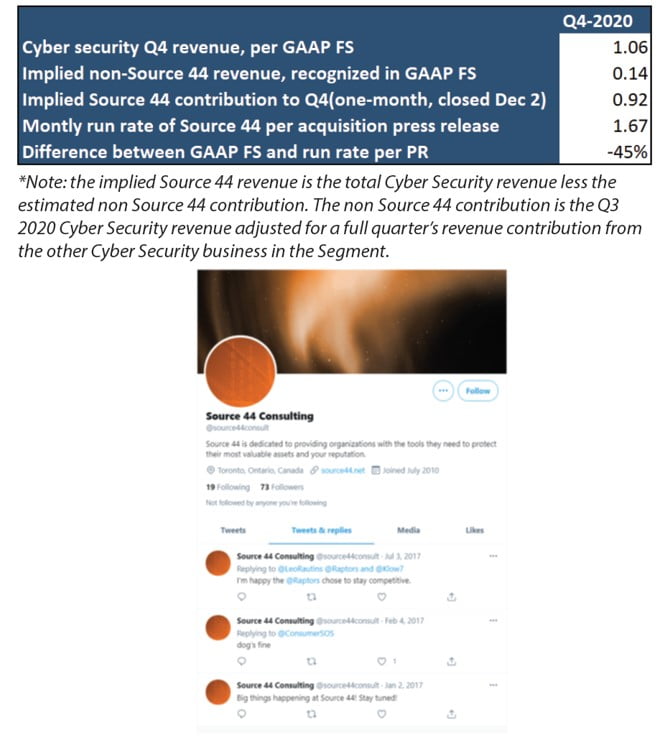 WELL CEO Disgenuine About His Own Experience Too 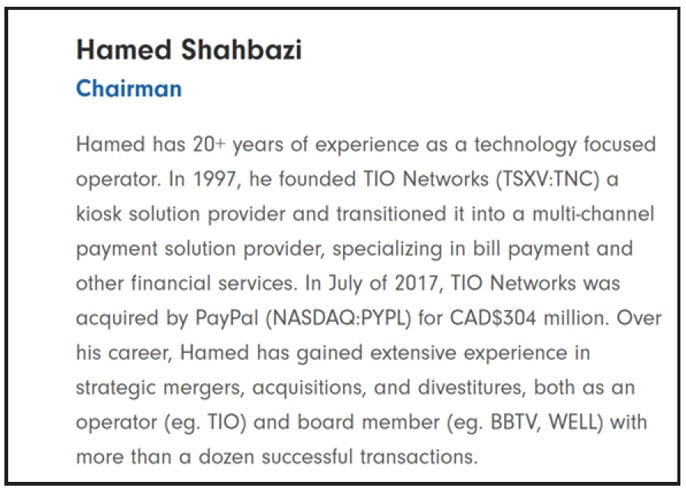 Less than one year later, Paypal dissolved TIO after a data breach that affected a material portion of the customer base.

We were hardly surprised to see that the CEO Hamed Shahbazi was promotional about his own experience following the numerous red flags we identified in the acquisitions.

Shahbazi loves to tout about his sale of TIO Networds to Paypal in 2017.

However, Investors are not told that Paypal dissolved TIO after a data breach which affected a material portion of the customer base within a year of closing the deal. SEC further questioned the carrying value of TIO following the dissolvement. We believe that’s an indication that TIO was not worth what Shahbazi had portrayed.

WELL’s adj.EBITDA not what it seems. 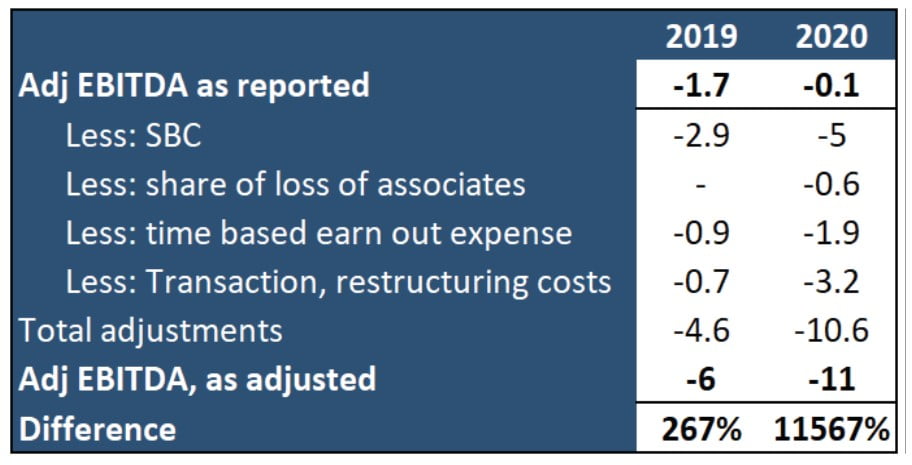 Financial wise, apart from many unrealistic projections WELL allocated to many of its acquisitions, we also found that WELL got creative and portrayed EBITDA numbers that were different from the industry norm.

WELL conveniently included a lot of non-regular adjustments and reported Adj.EBITDA numbers that were still not great. In reality, it is 100x worse.

What is WELL worth even if we take all their acquisitions at face value?

Finally, to drive the point home that WELL is simply an overvalued roll-up of sub-par companies with major red flags, we take everything they say at face value, allocate optimistic assumptions to all of their deals. Bottom line is, the company should only worth $3 in a bull scenario, indicating over 60% downside.