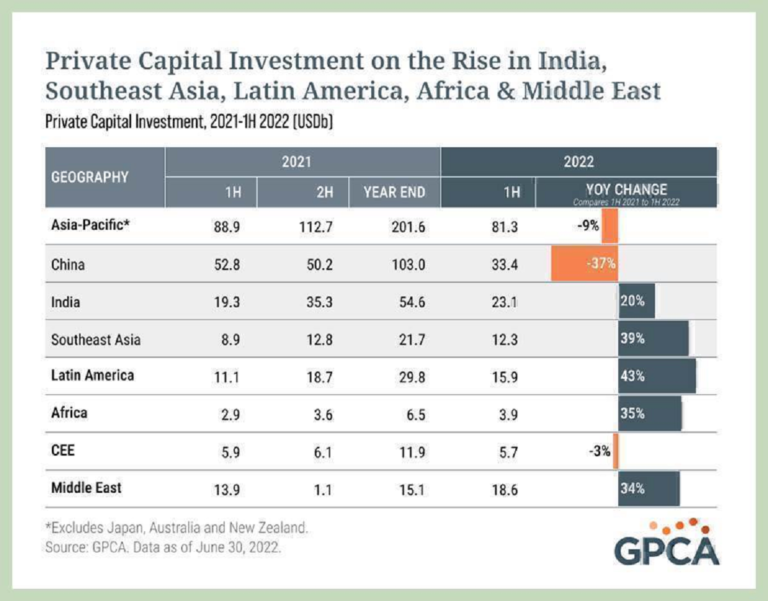 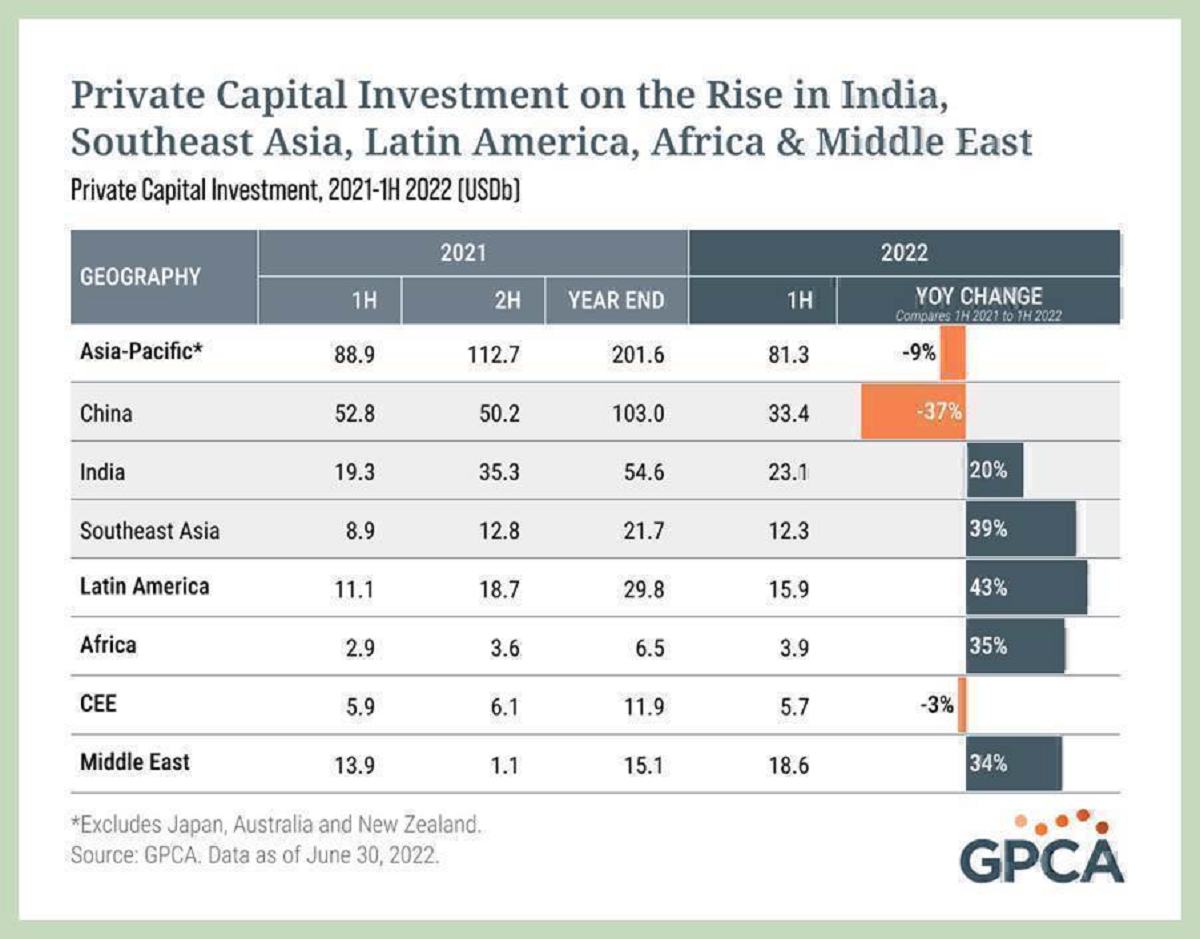 China private capital activity declined by 37%, year over year, driven by prolonged lockdowns that have affected the economic outlook. 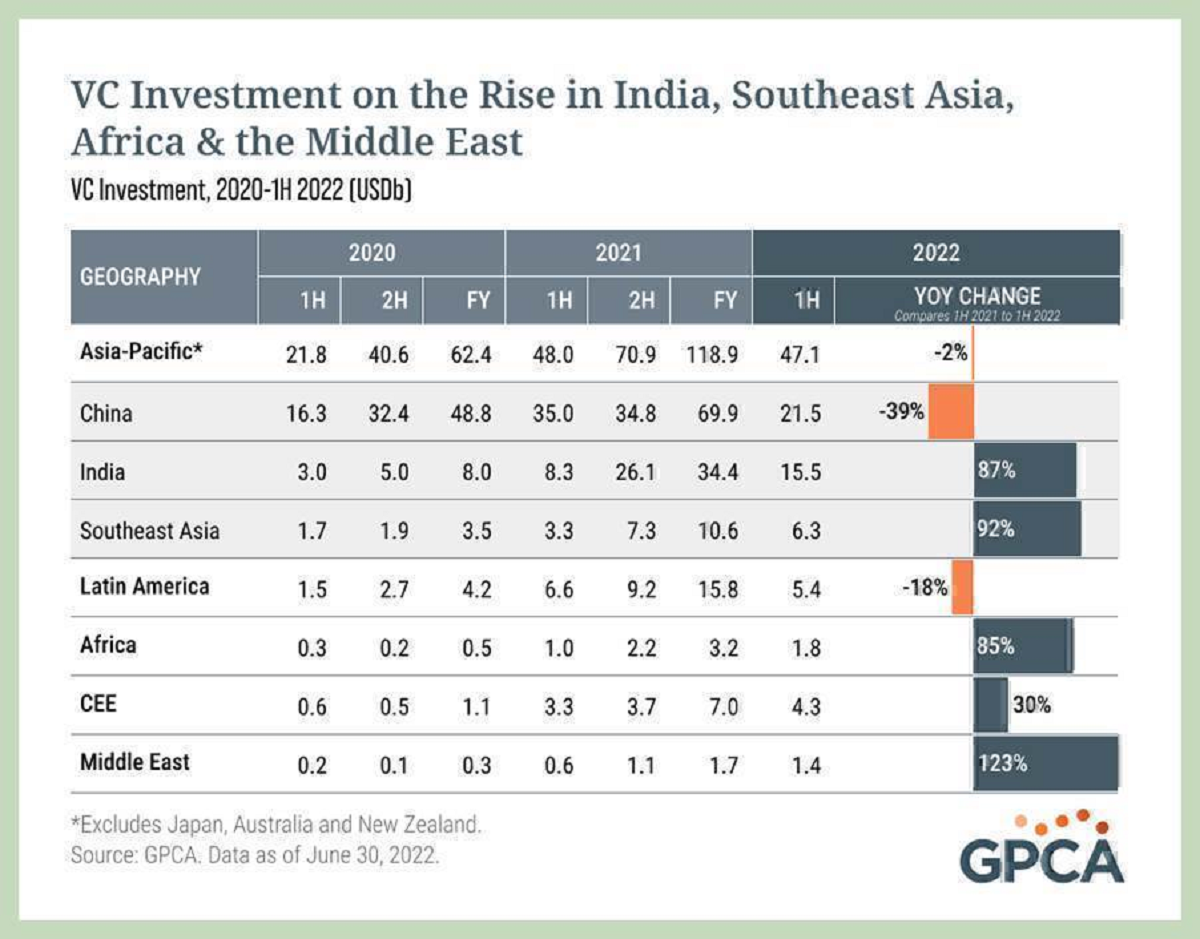 Financial inclusion is driving momentum within African VC, which reached USD1.8b in 1H 2022, an 85% increase year over year. Fintech accounted for 40% of all VC deals and 57% of capital invested, with Moove Africa’s USD105m Series A, Egypt-based Paymob's USD50m Series B and Ghana-based Fido Solutions’ USD30m Series A among the standout examples. 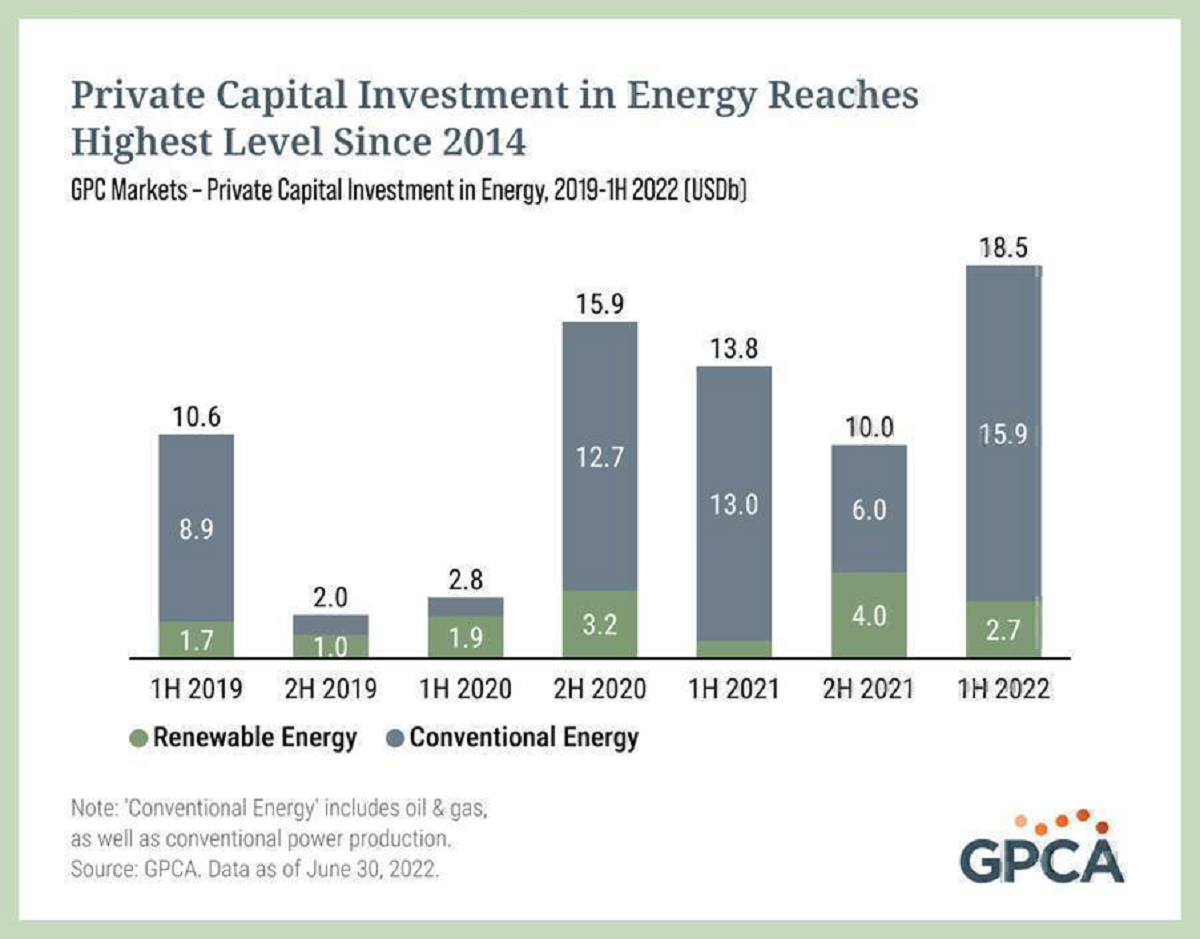 BlackRock and Hassana’s USD15.5b sale and lease-back deal for Saudi Arabia’s Aramco Gas Pipelines was the largest investment in global private capital markets in 1H 2022. Oil & gas assets continue to attract investment despite calls for the energy transition. Governments including Saudi Arabia and the UAE are monetizing legacy assets to subsidize local innovation.

Investment In Food And Agriculture 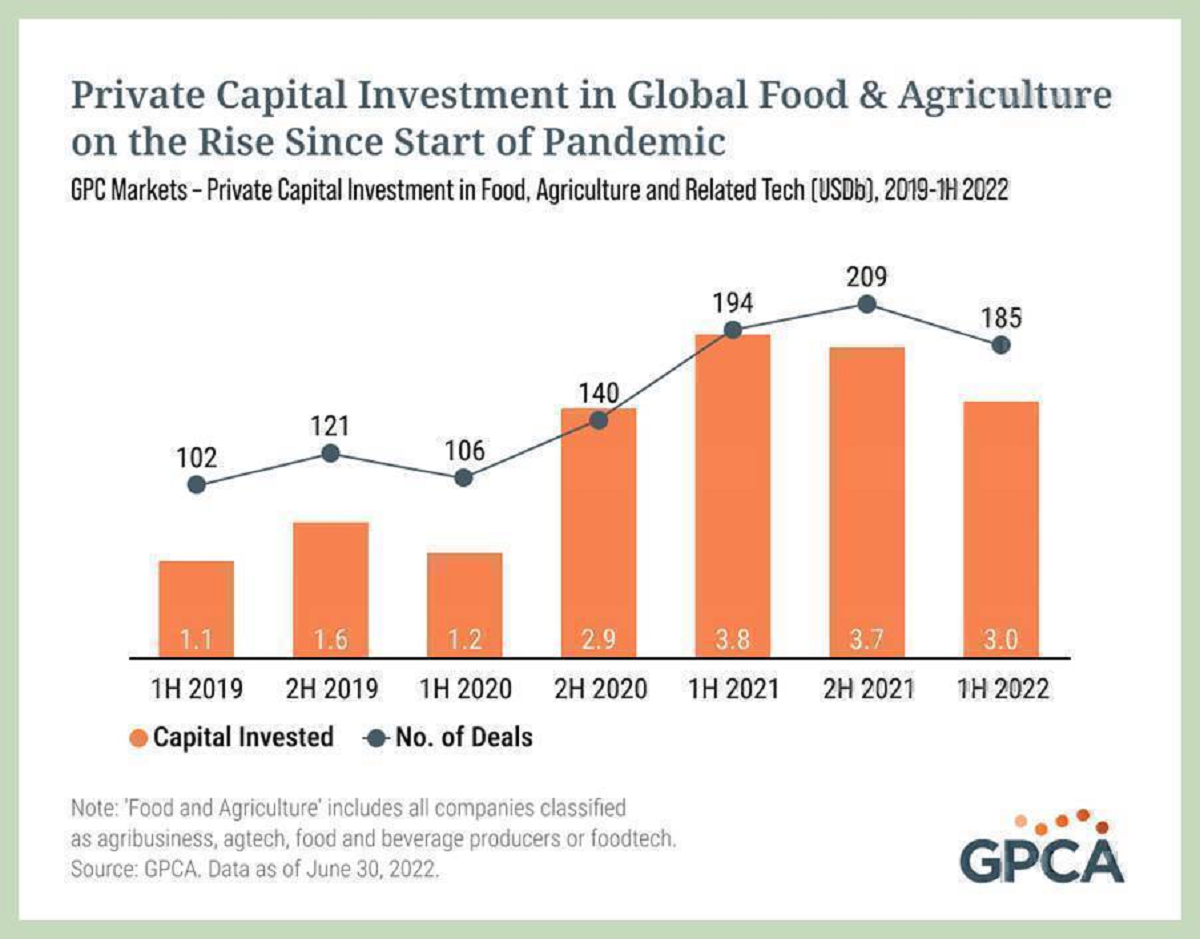 Private capital investments in food and agriculture have increased since the beginning of the pandemic. Continued supply disruptions due to COVID-19 and the war in Ukraine are driving investment in local food producers and tech-enabled platforms in Asia and the Middle East.