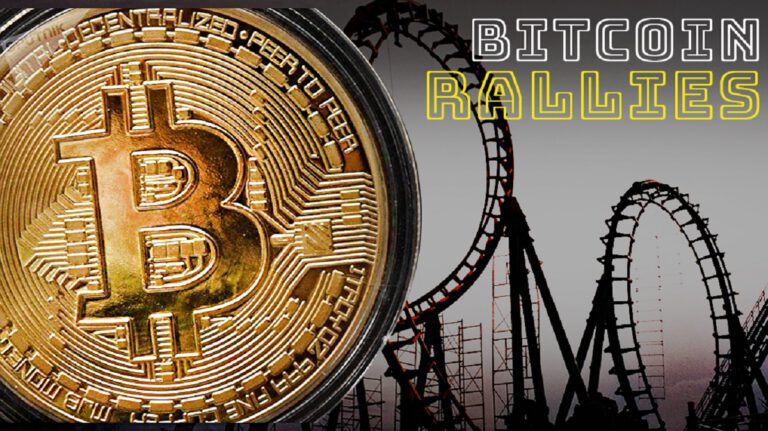 As of the beginning of February, Tesla expanded into Bitcoin with $1.5 billion. The price of bitcoin rose substantially, pushing past $47,000 and eventually setting a new record above $53,000. Its price has quadrupled in 2020 alone, and this increasing price continues in 2021. Persistent investing in bitcoin from a major company goes to show the developing support for it. This is especially the case as Apple and MasterCard also begin working with it. Now, the city of Miami also backs this historically volatile investment. Could this be the future of Bitcoin? Is it just a safe haven hedge or is it becoming an alternative to the dollar used in daily commerce?

Mastercard, Apple, and Tesla on Bitcoin

Last year, Fidelity, Square, and PayPal all announced major strides in the area of cryptocurrency as a means of regular commerce. This kickstarted the future of Bitcoin: today, Tesla, BNY Mellon, Apple, and Mastercard joined the crypto market.

BNY Mellon, a rather traditional institution, announced the creation of a Digital Assets Unit this week. Basically, in the future, you can bank with BNY Mellon and cryptocurrency. Although a massive undertaking, this is a supreme step forward in the cryptos market.

On top of that, Mastercard now looks to enable customers, merchants, and businesses to trade cryptos. Similarly, Apple allows customers to trade with cryptos via a Bitpay joint integration. All this support has many individual and institutional investors opting for digital tokens over gold bullion. Aubrey Strobel of Lolli summarized “In the same week, the world’s most progressive company, Tesla, and America’s oldest bank, BNY Mellon, have added bitcoin to their business models. It’s no longer a matter of if institutions will adopt bitcoin, it’s a matter of when.”

Tesla bought into Bitcoin earlier this month, releasing an official statement about allocating a portion of its balance sheet into Bitcoin. However, when Tesla entered this market, Musk triggered a $1.2 billion short squeeze. But this is just the beginning for Tesla’s alternative investments. 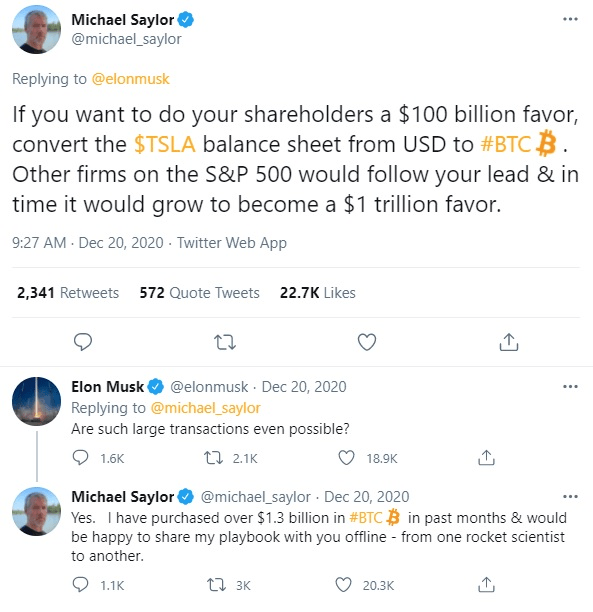 Although Musk previously bashed bitcoin as no better than fiat currency in December, his recent haul into crypto shows he changed his mind. However, Tesla’s announcement indicated that it is not solely investing in Bitcoin. Actually, according to the official statement,

“In January 2021, we updated our investment policy […] we may invest a portion of such cash in certain alternative reserve assets including digital assets, gold bullion, gold exchange-traded funds and other assets as specified in the future.”

The significance of Musk’s new support for the future of Bitcoin is immense. Tesla is the biggest company in the world today, and Musk’s Twitter account remains incredibly influential with more than 46 million followers. He supported the GME frenzy recently, which resulted in bringing new attention to the subforum r/WallStreetBets. But, Tesla also slightly supports precious metals by including them as a possible future reserve asset. If Musk vocalizes support about Bitcoin as Saylor already is, this crypto could continue to rise. This is also the case if he decides to tweet positively about gold bullion.

Does this mean that other companies should consider backing up their reserves in gold bullion? Diversification is an important strategy, so other major companies might want to follow Tesla and include it as a possible option. In any case, institutions recognize that inflation is no unsubstantiated concern at this time. 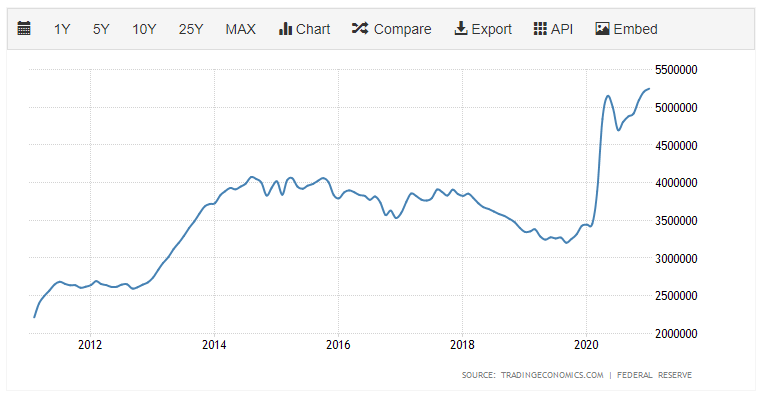 Why Would Tesla Buy Gold Bullion?

Jeff Clark, a senior analyst, wrote an open note to Musk with a warning about paper gold. He implores Musk to buy physical gold bullion instead.

His reasoning? There are significant counterparty risks with ETFs. Basically, the report mentioned that buying bullion via an ETF carries the risk that the fund’s Net Asset Value could not match the current spot price of gold or other precious metal. This would result in a potentially massive loss since the shares that you bought would devalue below the gold spot price.

Clark continued to say that for safe-haven assets to be liquid, sans counterparty risk, opting for bullion in physical form is better. This comes with the risk of theft, but Tesla should be more than prepared to securely store its bullion. In fact, Tesla might consider buying precious metals not just for investment, but also as an industrial tool. Silver is a primary component in many Tesla products. This is important because if Biden’s green initiative really does crackdown on gasoline-powered vehicles, then more automobile companies will have to go green and buy more precious metals. Therefore, if Tesla wants to stay ahead of the competition, they might consider buying now to use later.

If inflation is what is causing their run to Bitcoin, they also appear to acknowledge that physical gold bullion and related assets offer similar benefits to Bitcoin. Tesla’s acknowledgment of bullion goes to show that inflation is something institutions are trying to combat right now. This might also explain why Miami, Fl now turns to Bitcoin as a new way to pay workers.

In a strong effort to build the city and attract big tech companies, Miami now begins the process of offering Bitcoin as a form of payment to municipal workers. Miami Mayor Francis Suarez proposed this on February 11 and suggested the city could also collect property taxes or city fees in Bitcoin. The original proposal said, “[Miami] is committed to promoting the emergence of Bitcoin as it continues to gain mainstream acceptance.” In fact, Miami recently voted to explore offering Bitcoin transactions just this week.

It is not yet clear yet how Miami investing in Bitcoin will work. This is because Florida has strict limitations on how governments can allocate funds. Although Bitcoin has a history of volatility, this does not seem to worry Suarez or the city. The new plans begin a study to offer city employees the option to receive all or a fraction of their salaries in Bitcoin. Members of the public can also choose to pay for city services in this crypto.

Although not overtly stated, one can speculate about this sudden widespread institutional support to buy bitcoin. The Miami government’s support of the crypto also further builds the image of widespread uncertainty about fiat currency. Even though Suarez maintains that this is his way to try and invite big tech to the city, this is only the beginning of the future of Bitcoin.

Inflation & The Future of Bitcoin

Inflation is the word on many people’s minds as they come to question the stimulus package and more. Both Goldman Sachs and JPMorgan recently mentioned that there are signs of inflation and a new commodity supercycle already.

“We believe that the new commodity upswing, and in particular oil upcycle, has started. The tide on yields and inflation is turning.”

A commodity supercycle is defined as “decades-long, above-trend movements in a wide range of base material prices” which stems from a change in demand. These institutions maintain that the new supercycle’s catalyst is the recovery after the pandemic, inflation, and monetary/fiscal policies. All these weigh on the weakening US dollar and a global fight against climate change.

Here’s the evidence. Metal prices are rising to new highs. Agricultural prices are climbing. Oil is now above $50 per barrel. JPMorgan said these are all indications of a commodity supercycle that can persist over the course of years.

Additionally, the new stimulus package just may show a resurgence of demand for commodities. This is because people will be looking for inflation hedges, especially on Wall Street. For now, crypto as an inflation hedge is the new investing trend. However, the future of Bitcoin might include buying groceries or other small purchases with it.

Furthermore, demand for precious metals for renewable technologies will most likely increase on the industrial front. This may limit the oil supply but also raise metals prices because green infrastructure requires silver and platinum group metals. Goldman Sachs and Bank of America support this viewpoint as the economic recovery continues.

Over the last 100 years, commodity prices have seen four supercycles. The last one ran out of steam in 2008 after growing for 12 years. Are we heading into another supercycle with Bitcoin and other commodities leading the charge?