The most important recent development has been the change in the tones used by the Federal Reserve, that now expects to hike rates in 2023 and no longer in 2024. The change had already been priced in By Fed Funds futures, and therefore generated limited volatility on the markets.

In the run-up to the stimulus removal measures (the tapering of QE will presumably start early in 2022, interest rate hikes in 2023) it will be important to verify that the Fed’s outlook and market expectations remain aligned, as they are at present. A divergence between what the market considers likely (i. e. tolerable for the economy) and the Central Bank’s intentions, could in fact translate into an unwelcome increase of volatility.

Eurozone still accelerating, with inflation in the area rising less than in the US. This will allow the ECB to maintain an ultraaccommodative stance for the time being.

In China, the slow removal of stimulus continues, on the credit market in particular, with the aim of preventing an overheating of the economy. The process is very gradual and does not seem to be generating concerns.

The baseline scenario points to an ongoing recovery of the global cycle, with mounting focus on the future tapering of monetary stimulus by the Central Banks. Low-directional exposure approach confirmed, with Neutral positioning on the main risk assets, underweighting of US and German duration, and overweighting of Eurozone stocks. 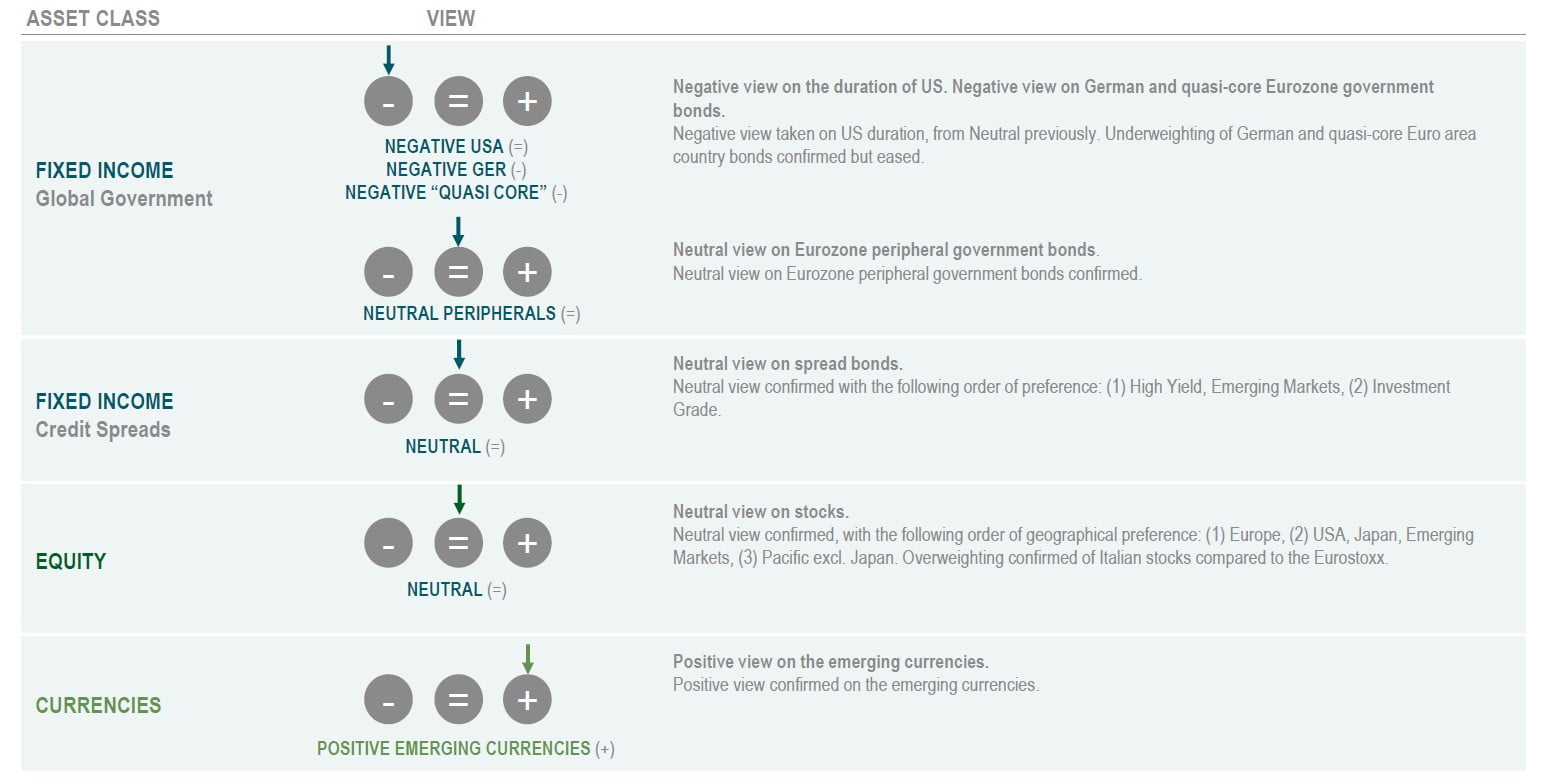 Long-term US rates down by around 20bps (to 1.5%) in the month, as opposed to a rise of 2-year rates by 10bps (to 0.25%), in reflection of the change in the tones used by the Fed. Long-term German rates also on the decline, albeit less so than US rates, and short-term rates unchanged. Italian spreads narrowing after widening in May. Dollar on the rise, to 1.19 against the euro.

Theme Of The Month - Deflationary Inflation 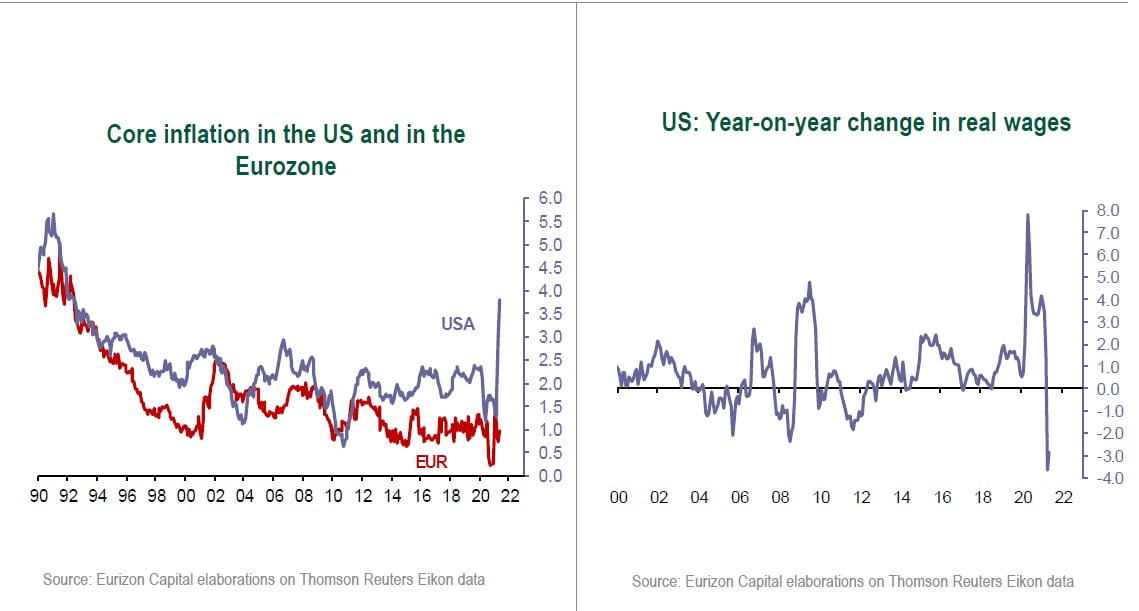 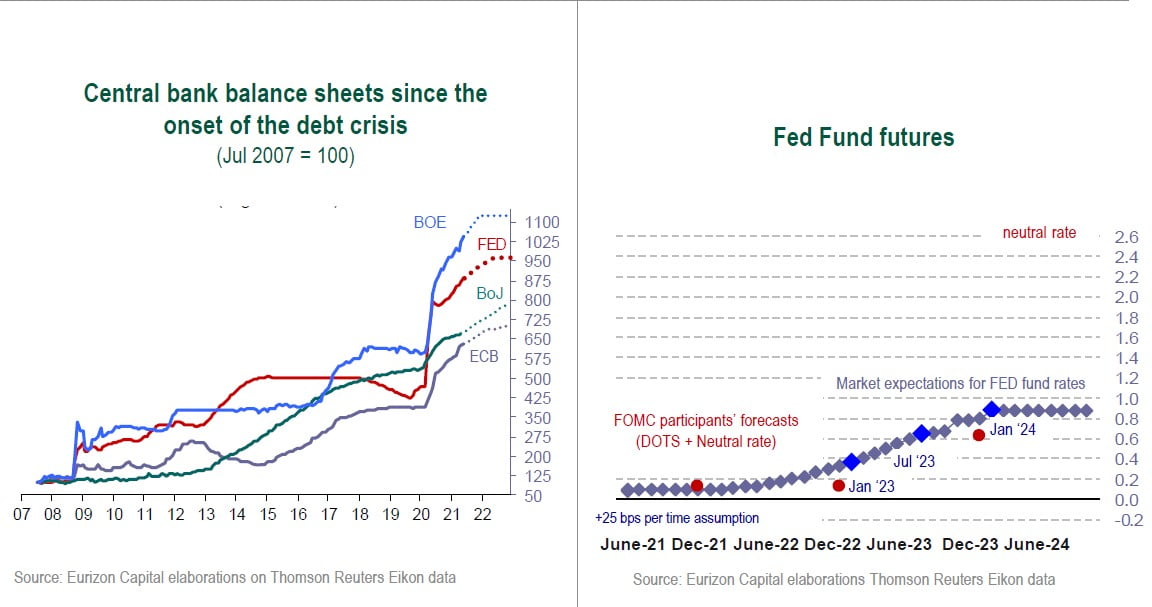