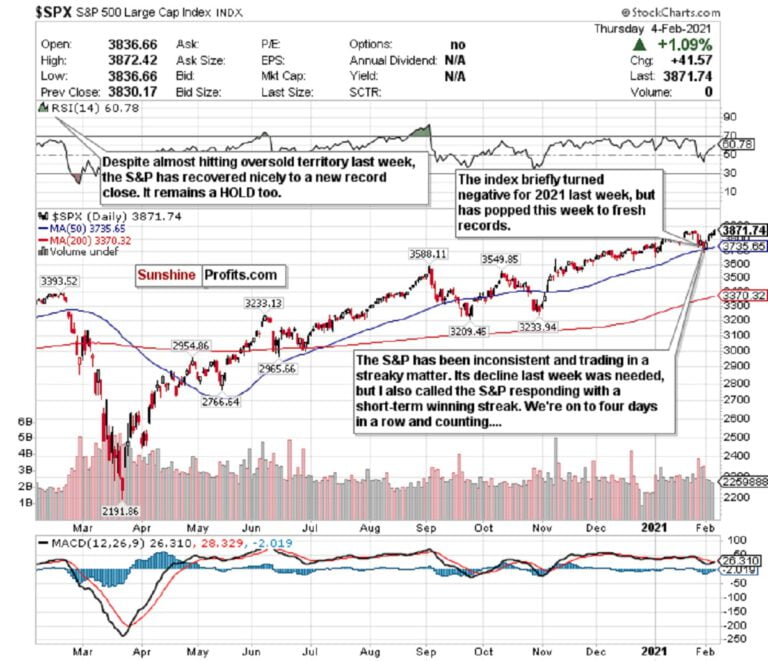 Is this week, dare I say, the first “normal” week of 2021? Let’s take a look at what has happened in January so far in what is supposed to be a more prosperous year than 2020.

Six days into 2021, the Capitol saw its first insurrection since 1814.

A week later, we saw class warfare before our eyes when Redditors from the "WallStreetBets" subreddit took on hedge funds and won.

Good morning investors, thanks for finally caring about strong earnings and not paying attention to GameStop (GME) (that was fun while it lasted, though).

The sentiment is rosey and for good reason. Earnings continue to crush. Some form of President Biden’s aggressive stimulus could also pass within days. Jobless claims fell for the third consecutive week and hit the lowest level since the end of November, labor market data looks strong, vaccines hit a record daily total on Thursday (Feb. 4) and could be distributed at CVS and Walgreens within days, and the 5-to-30 year treasury curve was the highest its been since March 2016.

Johnson & Johnson (JNJ) also just applied to the FDA for emergency use authorization for its one-dose vaccine. If approved, it could be game-changing.

Are We On The Edge Of Mania?

My overheating and trading concerns in an overbought market remain, though, and have returned with a vengeance. I liked where many sectors and indices ended last week for potential BUY opportunities. This blazing win streak, though, is teetering on the edge of mania and overvaluation again.

Are we in a bubble? Maybe.

I worry about complacency and overvaluation.

The S&P 500’s forward 12-month P/E ratio is back to nearly 22 and well above the 10-year average of 15.8. The Russell 2000 is also back at a historic high above its 200-day moving average. Tech stock valuations are even approaching dot-com bust levels, once again.

According to a recent Bank of America survey of 194 money managers, bullishness on stocks is at a three-year high, and the average share of cash in portfolios, which is usually a sign of protection from market turmoil, is at the lowest level since May 2013.

The market needed last week’s pullback, but it was nothing but a minor cooldown period thanks to Reddit in the grand scheme of things.

We are long overdue for a correction. Corrections are healthy for markets and more common than most realize. Only twice in the last 38 years have we had years WITHOUT a correction (1995 and 2017).

Well, hello, we haven’t seen one since last March! 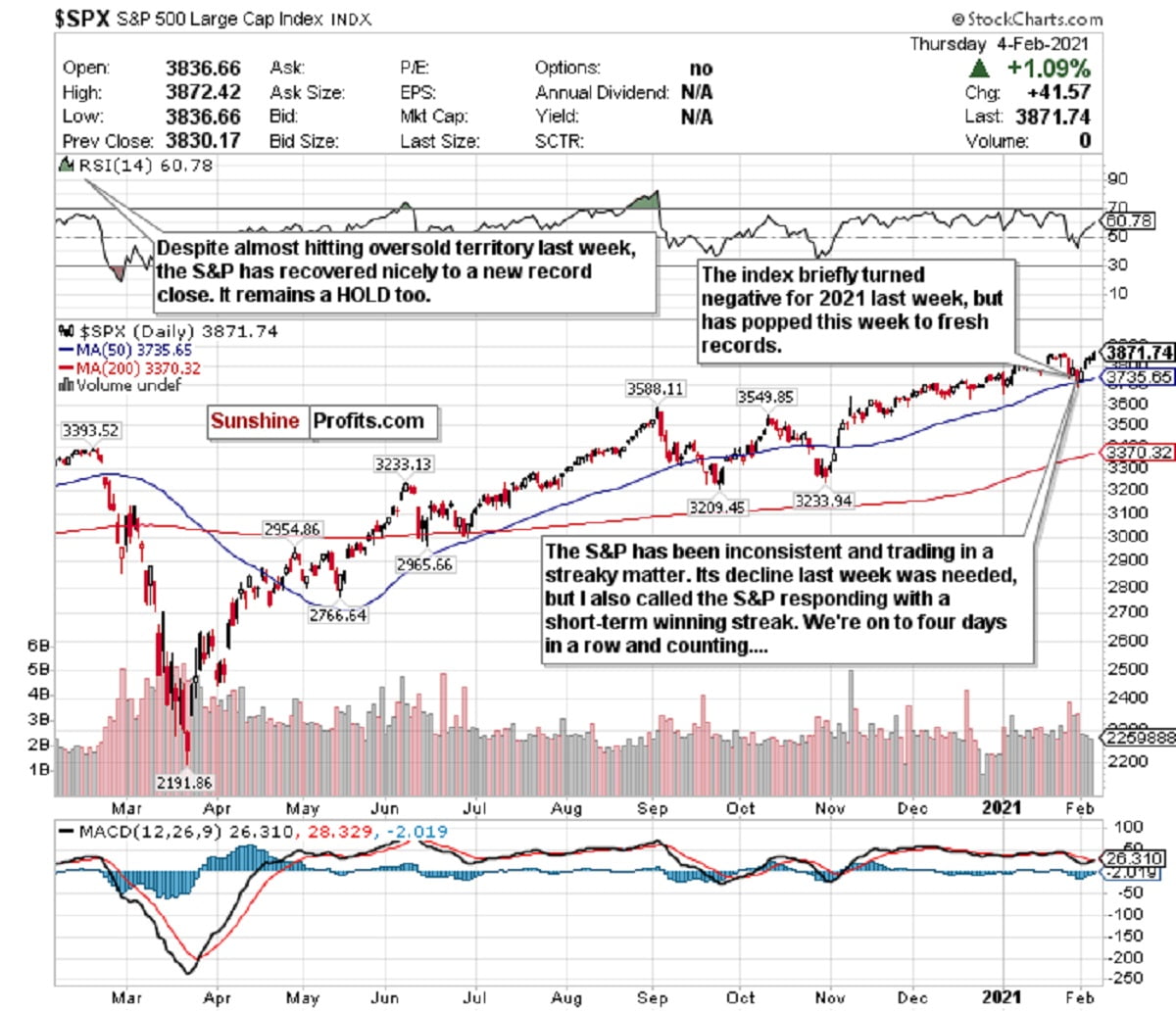 Have you ever rooted so hard for a team that can frustrate and excite you at the same time? Rip off a 4-day winning streak, followed by a slump of losing 5 out of 6 games, then come back with another winning streak? Does it have you questioning if the team is outstanding or a mirage?

If I could compare the S&P 500 to a team, it would probably be the Philadelphia 76ers.

This index looks like a winner and seemingly rips off multiple-day winning streaks weekly. Now and then, though, it can show inconsistency, make you scratch your head, and go on a frustrating losing streak.

Two weeks ago, the S&P was hovering around a record-high. Its forward P/E ratio was the highest since the dot-com bust, and the RSI consistently approached overbought levels.

By the end of last week, it was nearly oversold.

Now, this week? Its RSI is back above 60, we’re at another record high, we’re on a four-day winning streak (which could be five if futures remain in the green), and we’re at a forward 12-month P/E ratio at nearly 22 and well above the 10-year average of 15.8.

I said before that once the S&P approaches a 3600-level, we can start talking about it as a BUY. Well, the index came pretty darn close to it last week, but it wasn’t enough for me. Despite this week’s rally, short-term concerns remain, with long-term optimism.

To me, because of the RSI and how the index has traded, it remains a HOLD. But we’re teet