Workplace burnout has become a popular buzzword in recent years. The phrase describes the increasingly blurry line between professional and personal lives, and technology often seems to only add to the problem.

The workday is no longer bound by the hours of 9 to 5. Work emails constantly chime in our back pockets, and the end of the day once carved out for “me time” may seem even more difficult to come by. Even requesting time off might be more stressful than skipping a vacation altogether.

But not all jobs have to be this way, and achieving a work-life balance has become a pivotal selling point for attracting new talent. For employees who already have balance, they’d be hard-pressed to give it up.better work-life balance

Salary and the family

They worked a median of four hours per week outside of the office compared to one hour for those who had the right balance. Those found the right balance also ended up with twice as much downtime during the week compared to those who didn’t. People with a work-life balance were also three times more likely to make plans right after work.

Still, some think finding that elusive work-life balance may be too good to be true. Millennials are frequently dubbed “the burnout generation.” They’re also the least likely generation to believe a work-life balance is attainable, with over 26% saying it was “unrealistic.”

Despite their skepticism, millennials were willing to give up the highest percentage of their salary for a better work-life balance. They’d give up an average of $1,755 of their salary, in fact.

It’s not just about the hours spent at work, though. Surprisingly, employees without a work-life balance worked the same weekly hours at the office as those who did find a balance.

The saying “if you love what you do, you’ll never work a day in your life” may be wishful thinking, but there’s some truth to it. Those who found their work fulfilling and had flexible work hours were the most likely to say they have a work-life balance.

Parents were also willing to give up nearly two times more in income than nonparents for a better balance. With the responsibilities that come with having a family at home, it makes sense that working parents would be willing to give up more.

Working fathers are also twice as likely as working mothers to work longer hours to avoid bringing work home – an indication of an imbalance among parents when distributing familial responsibilities.

The study speaks to a widespread and often toxic approach to the modern work schedule. But in doing so, it also sheds light on what workers are looking to get from their employers. By providing a better work-life balance for employees and being more mindful of how it affects the well-being of the workforce, bosses can appeal to new talent while ensuring they are retaining the talent they already have. 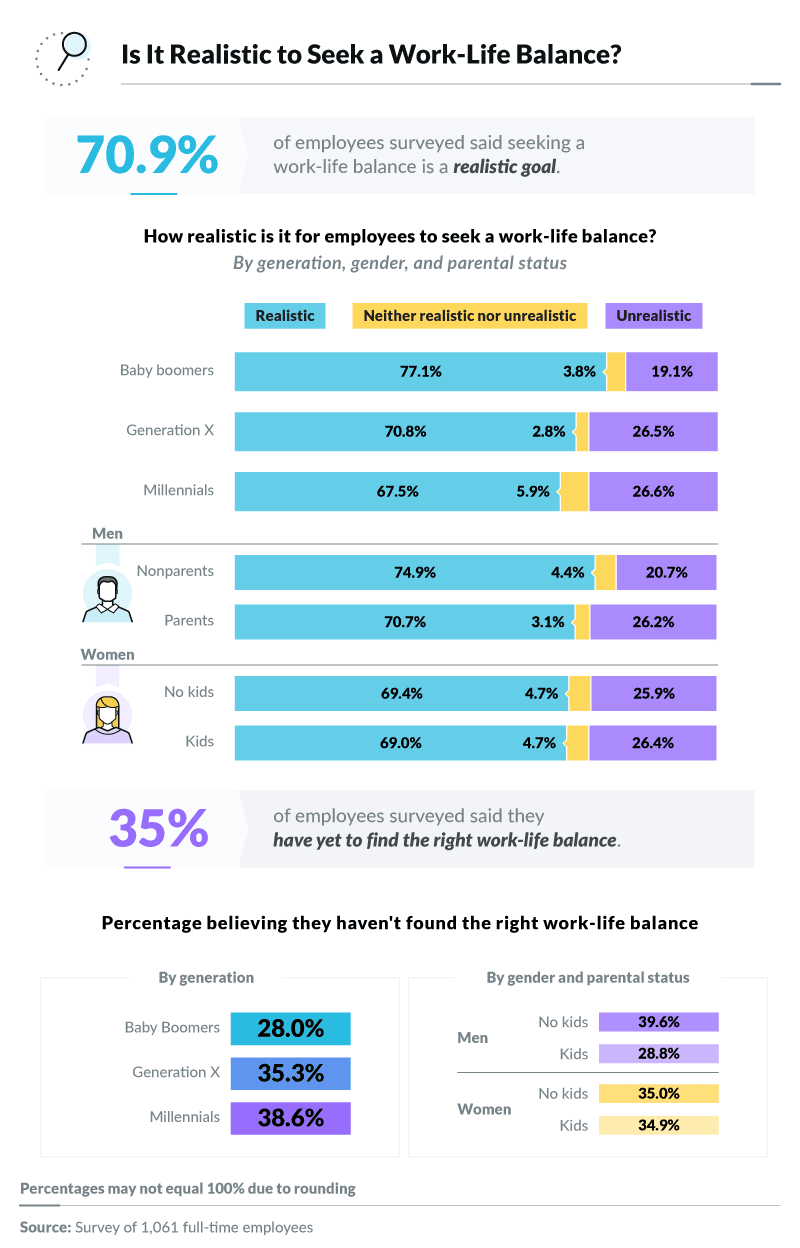 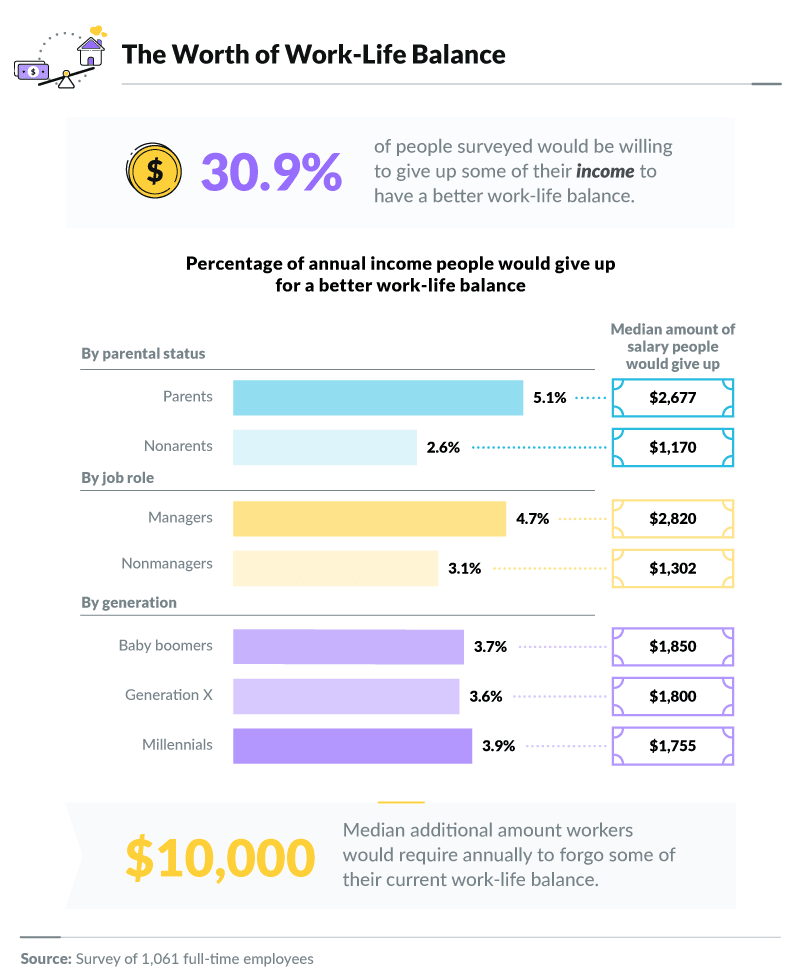 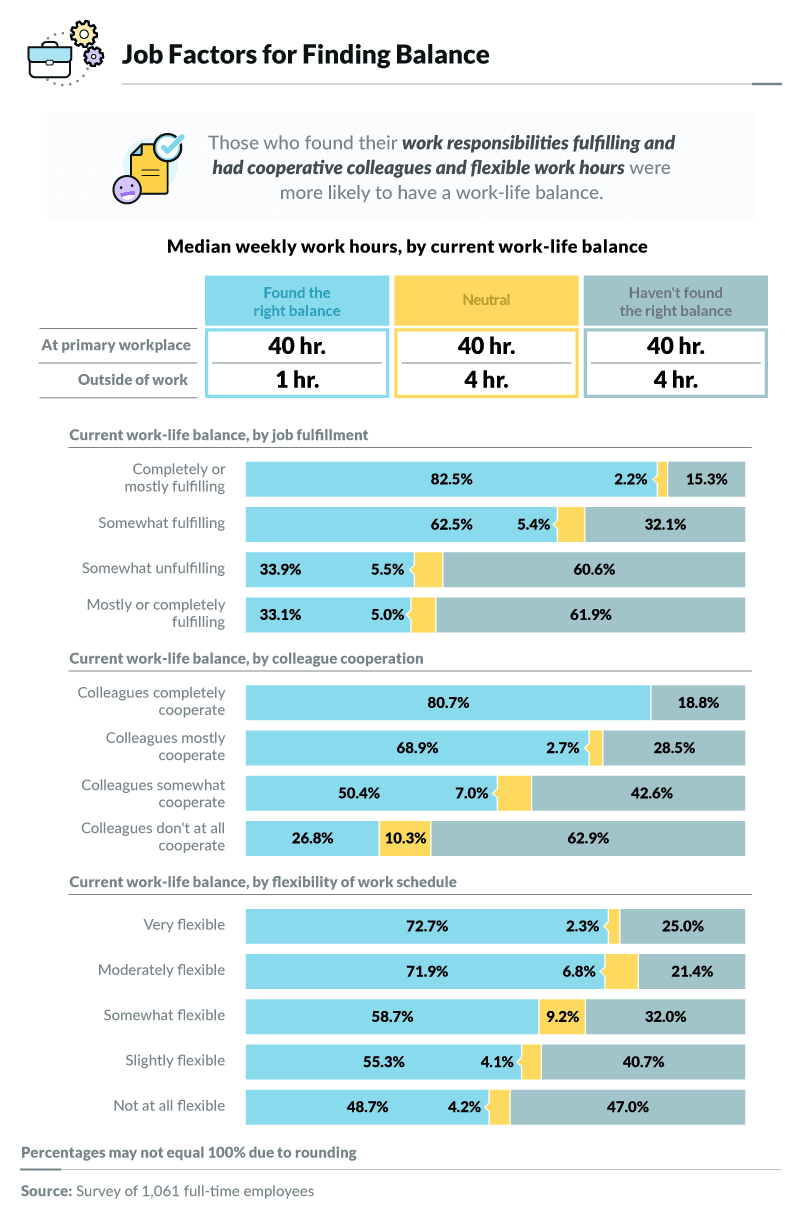 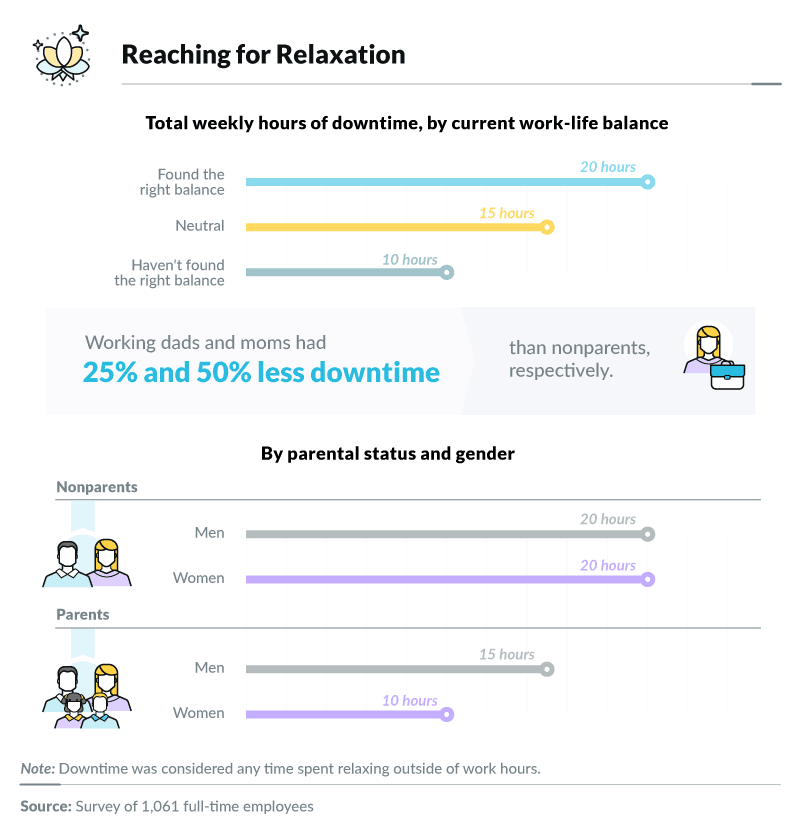 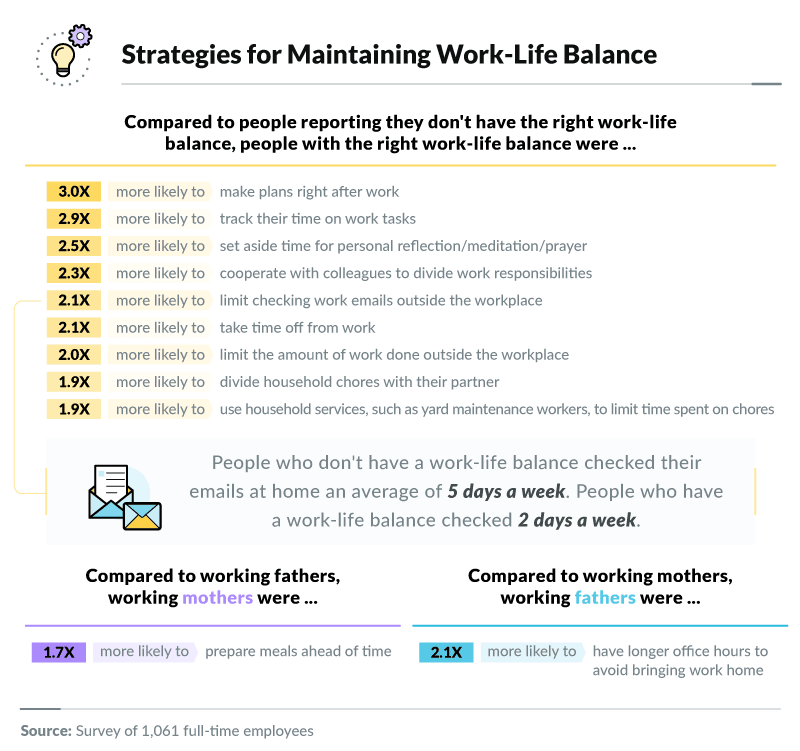