A Series Of Disappointments

“The April Employment Situation Report was a series of disappointments and IFR Markets assigns it a grade of C-minus. Total nonfarm payroll employment rose by 266,000 in April, badly missing the market consensus expectation of a 978k advance. Only three of the top 10 forecasters in the Reuters weekly economist poll had NFP growth estimates of below one million, but none were below 850k. The result was less than half the lowest contributed estimate (+656k) and roughly one-eighth of that of the highest contributed estimate (2.1 mn). To make matters worse, net revisions over the past two months subtracted 78k as the Labor Department revised March job growth lower by 146k, and February job growth higher by 68k.

Not seasonally adjusted (NSA) data showed total employment increased by 1.089 mn in April, which some claim closely matched seasonally adjusted (SA) market expectations, but it’s fallacy to make a favorable comparison between the NSA result and SA forecasts simply because they resemble each other.

Back to the SA world, net job creation over the last three months now averages +524k, which is down from the +539k average in the first three months of this year. That would be great if the economy weren’t still filling in the hole from the 22-million jobs lost in the first two months of the pandemic. Twelve months after the worst job losses in history, the employment gap is 8.2 mn.

Changes In Total Employment In April

The change in total employment in April was slightly higher in the Household survey (+328k), but the 3-month average there (+382k) was lower than in the Establishment survey. Some 430k entered the labor force last month, the most in six months, but a quarter of those did not land a job. The number of unemployed persons rose 102k in April, the first increase in four months and the largest increase in 12 months. That stands at odds with the weekly initial jobless claims data, but it fits with the friction seen in pandemic unemployment assistance and emergency compensation claims. So Instead of falling 0.2-percentage point as expected, the unemployment rate rose 0.1-pp, to 6.1%. That marked the first increase in a year and followed decreases averaging 0.2-pp per month in the previous three months.

Employment in goods-producing industries fell 16k in April, as an 18k drop in headcount at factories (mostly those that make autos) more than offset modest gains in natural resources and mining (+2k) and construction (+1k). Recall, natural resources and mining added 15k jobs in March, the most for a single month in 10 years. Construction added 97k jobs in March, among the strongest gains in the post-WWII era. Slight slowdowns a month after huge gains should not be cause for concern.

Decline In Employment In The Service-Providing Industries 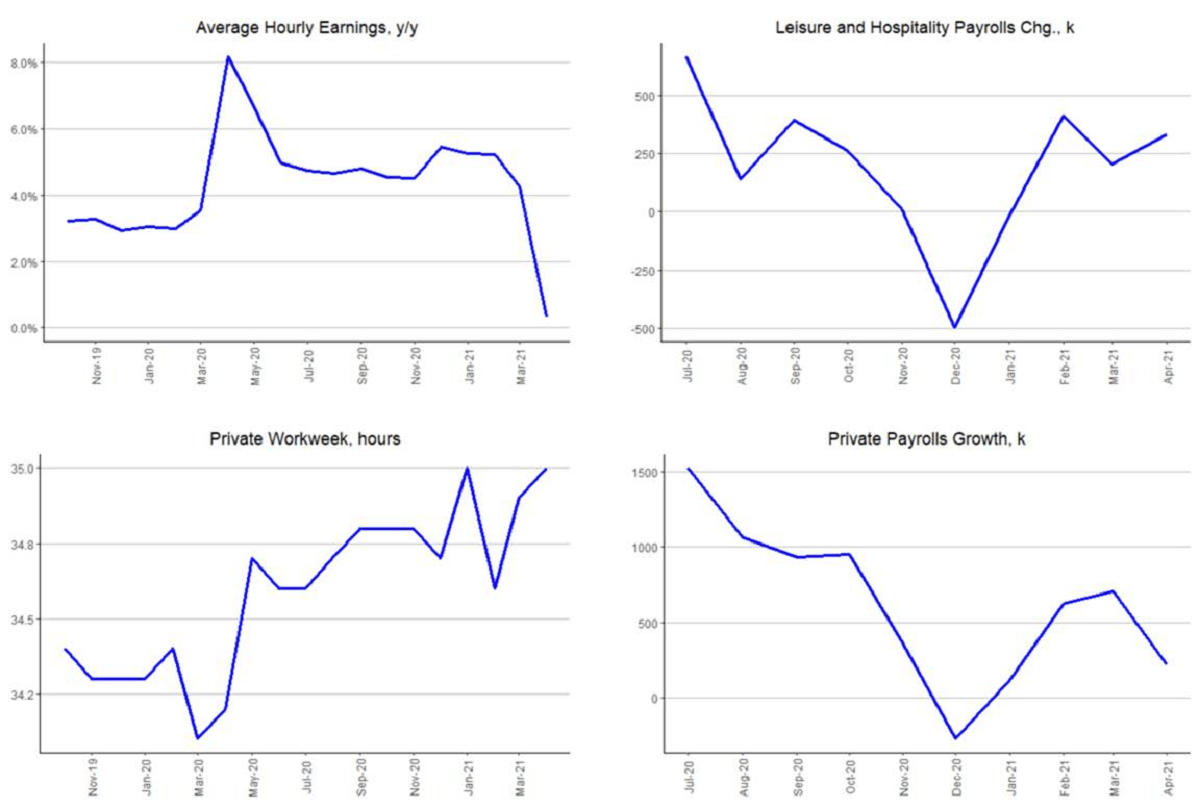 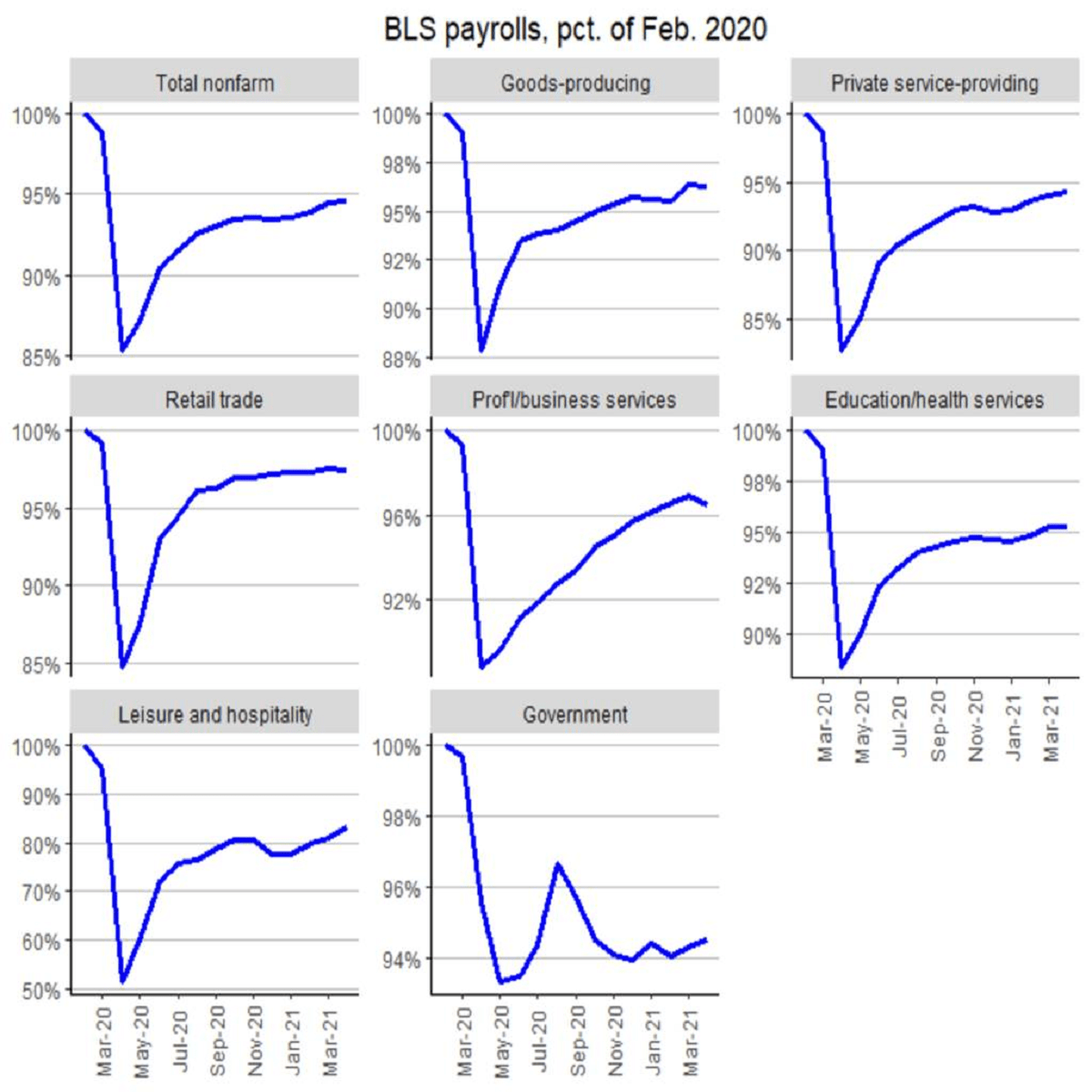