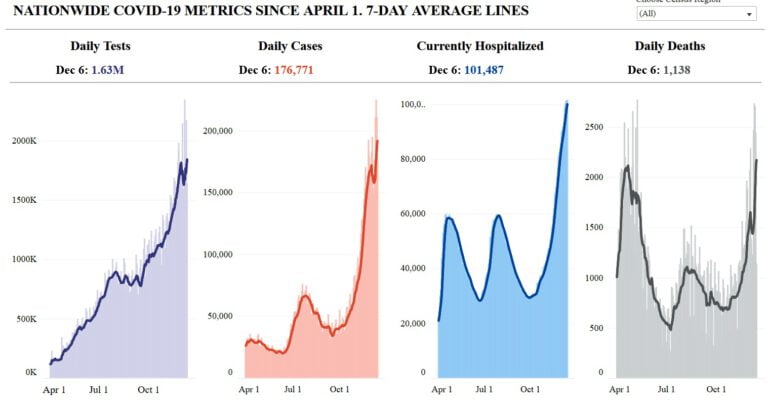 Whitney Tilson’s email to investors discussing that he was wrong; the problem with the herd immunity threshold theory; Penumbra scandal; and Tesla stock offering.

1) I've made a number of big calls related to the pandemic, some right and some wrong.

Regarding the former, none were bigger than the call I made in my e-mail on March 23, the very day the market bottomed, when I pounded the table to buy stocks. As I said, "This is the best time to be an investor in more than a decade." The S&P 500 Index is up a remarkable 66% since then!

Regarding the latter, nearly two months ago in my October 16 e-mail, as the third wave of the virus was ramping up in the U.S., I wrote:

I was wrong, as the latest data clearly illustrate (source): 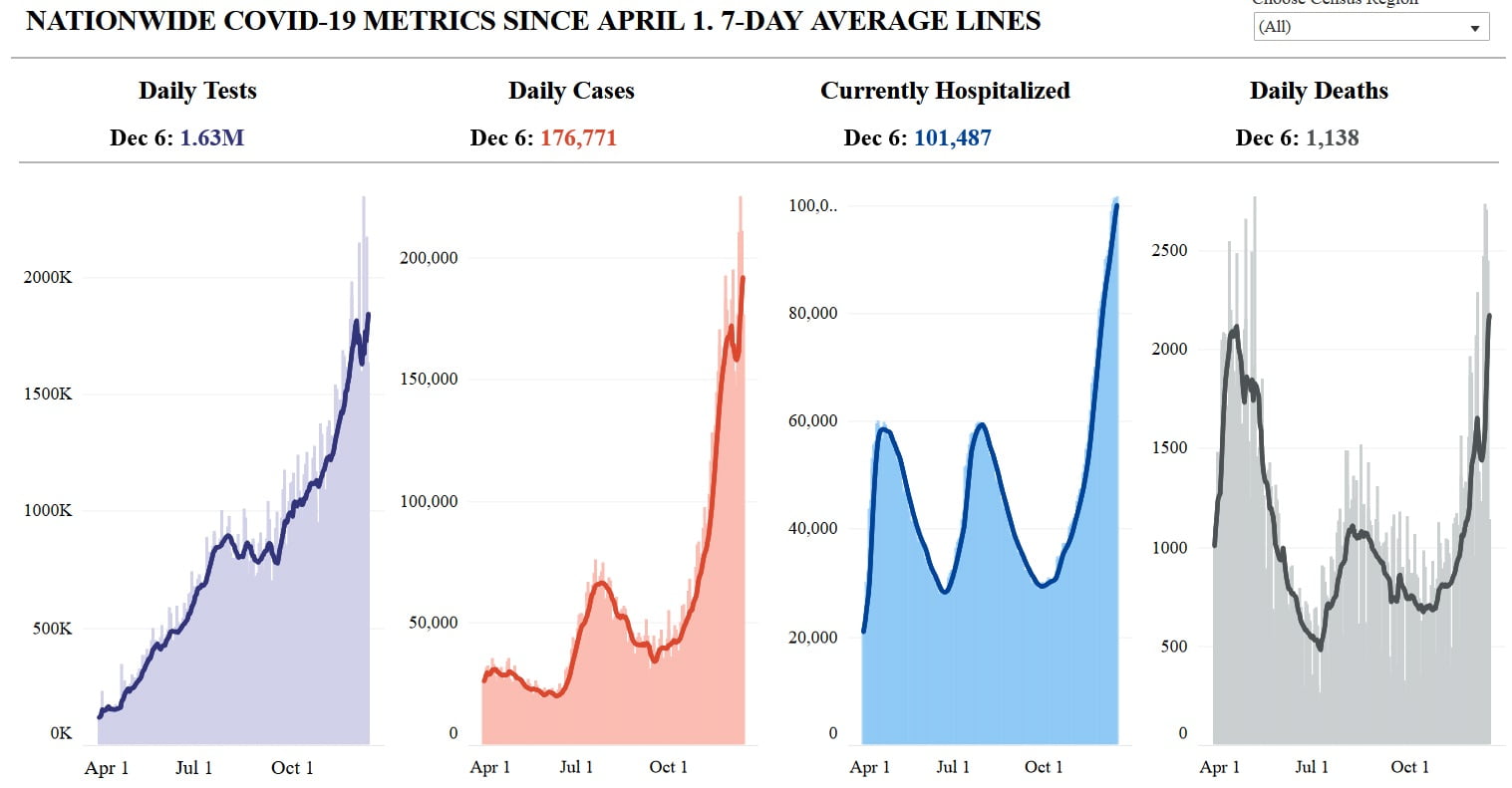 The terrible numbers from across the U.S. (and Europe) have me reevaluating my thoughts on the herd immunity threshold theory ("HITT"), which posits that once roughly 25% of a population gets COVID-19 and most people take sensible measures like mask wearing and social distancing (not necessarily full lockdowns), the virus stops spreading uncontrollably (i.e., the R0 drops below 1).

I continue to believe that there's some validity to HITT. For example, I think it's likely an important reason why New York City hasn't seen anything like the resurgence in hospitalizations and deaths that the rest of the country is experiencing, as these charts show (source).

But, in failing to anticipate the magnitude of the latest third wave in the U.S. (and second wave in Europe), I made two mistakes:

Most importantly, I didn't fully appreciate that while some hard-hit areas (northern Italy, the greater NYC area, and parts of Florida) likely reached the herd immunity threshold, the vast majority of the U.S. and Europe did not – and hence were vulnerable to another terrible wave.

This chart (from @youyanggu's COVID Projections website) shows that, even today, most counties in the U.S. are nowhere near the 25% level at which the herd immunity threshold theory would apply.

Americans and Europeans (both citizens and their governments) would become careless/complacent and, especially in the U.S., the politization of this public health issue and the resulting resistance to even easy, basic things like wearing masks. As a result, the virus came roaring back...

3) I warned my readers about high-flying medical-device maker Penumbra (PEN) in my November 10 e-mail, when the stock was at $261, after my friend and former student Gabriel Grego of Quintessential Capital Management ("QCM") released a damning short report (Penumbra and its "killer catheter").

This morning, Gabriel released an even-more devastating follow-up report, Is Penumbra's core scientific research authored by a fake person?, which triggered an 11% drop in the stock to around $198 per share this morning. Here's the executive summary:

If it's true that "a substantial portion of scientific literature produced by Penumbra [has] been authored by a fictional character" (and I believe Gabriel makes an airtight case that it is), then I've never seen anything like this in my career – at least not in the context of a company with an $8 billion market cap that trades on the New York Stock Exchange...

4) A hat tip to my friend Doug Kass of Seabreeze Partners, who predicted that Tesla would soon raise money by issuing equity (here's the news this morning: Tesla Raising Up to $5 Billion in Third Share Sale This Year). Only five days ago, he wrote:

From the Street of Dreams

Goldman Sachs (GS) has upgraded Tesla (TSLA) to "overweight" from "neutral." (The shares traded +$17 in the after hours).

To me, this is a possible signpost of a large follow-on offering of Tesla shares (coincident with the S&P inclusion).

Tactically, this would be a good move for the company as it would insure "permanence" and provide a good deal of optionality to the company.

I agree with one of our friends, who wrote this morning:

Musk should sell $25 billion of stock. He needs to build multiple new plants to compete with GM, VW, Volvo, etc. It would show he is truly serious about making Tesla a permanent global brand.