September 2020 US Jobs report receives an ‘B’ letter grade as analyzed by Jeoff Hall, Managing Economist, Refinitiv IFR and he summarizes why our unemployment scenario seems overly optimistic.

According to the Employment Situation Report for September, private nonfarm payrolls rose 877k, slightly surpassing the market consensus forecast of 850k. The official unemployment rate fell 0.5-pp to 7.9%, well below the market consensus estimate of 8.2%. Average weekly earnings increased at their fastest rate in five months thanks to a longer workweek. For these reasons, Refinitiv IFR Markets has grade the September jobs report with a ‘B’. 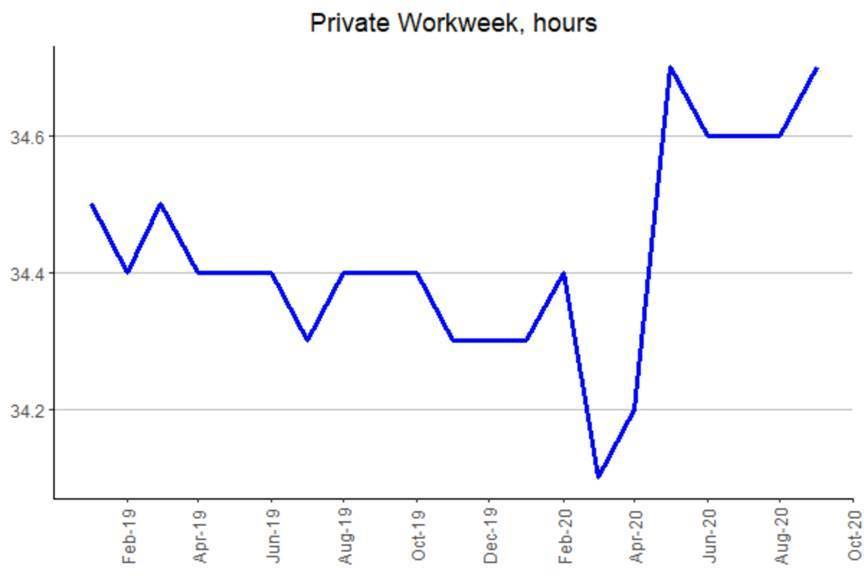 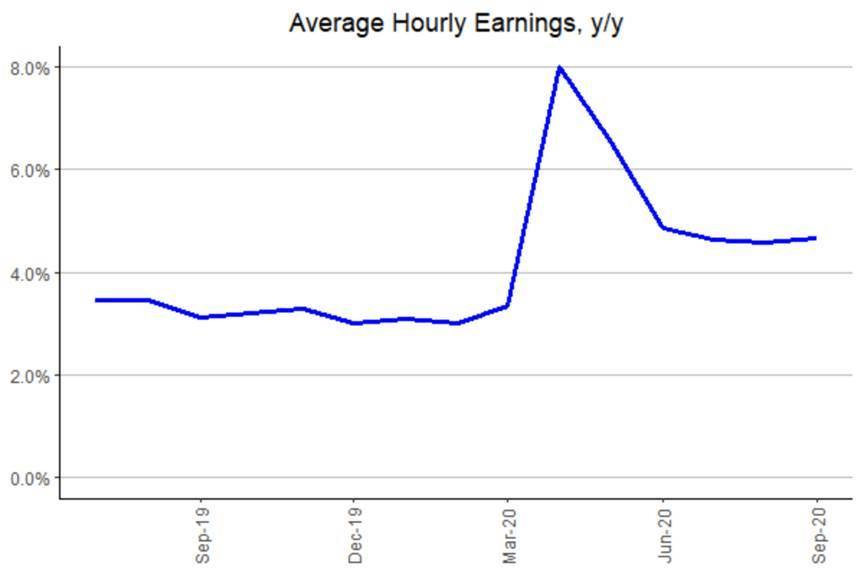 Total nonfarm employment increased by 661k in September, missing the Reuters poll consensus forecast of 850k as the federal government culled temporary workers brought on to assist with the decennial census. Total public-sector employment fell by 216k last month after rising an average 251k per month for the previous three months.

Among service-providing industries, employment rose 568k overall and 784k in the private sector. Since peaking in February, employment among private service-providing industries remains down 8.659 mn (-8.0%). Employment in leisure and hospitality recovered another 318k jobs in September, not quite reaching the average gain in July and August (388k). Employment in this industry remains 3.840 mn (22.8%) below where it was in February. Retail trade added back 142k jobs in September after gains averaging 258k per month in July and August. Only 483k jobs (3.1%) separate current employment in retail trade from where it was in February.

One source of disappointment was employment in education and health services, which rose only 40k in September. That would have been marginal growth in the pre-pandemic months and is simply not adequate in the post-COVID recovery. Additionally, state and local education payrolls fell 281k as fewer workers than usually expected for the season returned at the start of the school year. Census layoffs will likely be an even larger drag over the next month or two, depending on legal wrangling over how long the census will proceed. 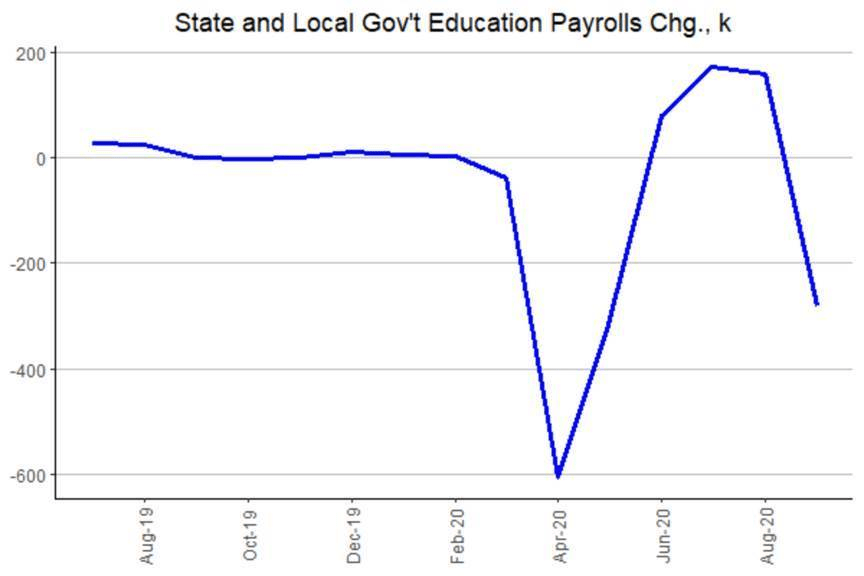 In the Household survey, total employment rose only 275k in September compared to growth of 3.756 mn in August and a 4-month trailing average gain of 3.471 mn. Of the 25.356 mn jobs lost in this survey between March and April, the economy has restored 14.160 mn (55.8%). That’s better than in the Establishment survey for either total nonfarm employment (51.5%) or private nonfarm employment (53.7%). Even though employment rose only marginally, the number of unemployed persons declined by 970k.

Since jumping by more than 17 million in March and April, unemployment has fallen by 10.5 mn. At 12.580 mn, total unemployment is still about 2.2 times what it was in February (5.787 mn). At September’s pace, it will take until April 2021 for the unemployment level to return to pre-pandemic levels. Given what we know about the path of the pandemic, our unemployment scenario seems overly optimistic. 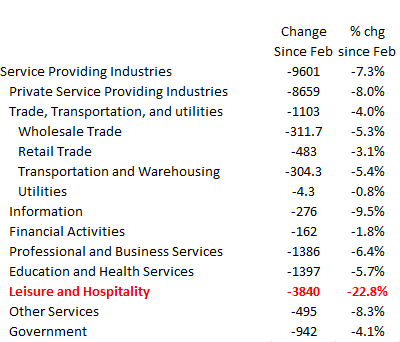