A new report shows the states and cities that offer the highest number of remote jobs. Moneypenny has analyzed over 71,000 job offers to find out states that offer the most remote roles and those offering most entry-level roles.

It’s no surprise that the US has seen a huge increase in those working from home over the past few months. With the pandemic having a huge impact on how we work and socialize.

But which state currently offers the most remote jobs and where can we find the most entry-level jobs?

Moneypenny, the outsourced communication provider, has analyzed over 71,000 remote jobs that are currently advertised on Indeed.com to reveal which states offer the highest number of remote roles. 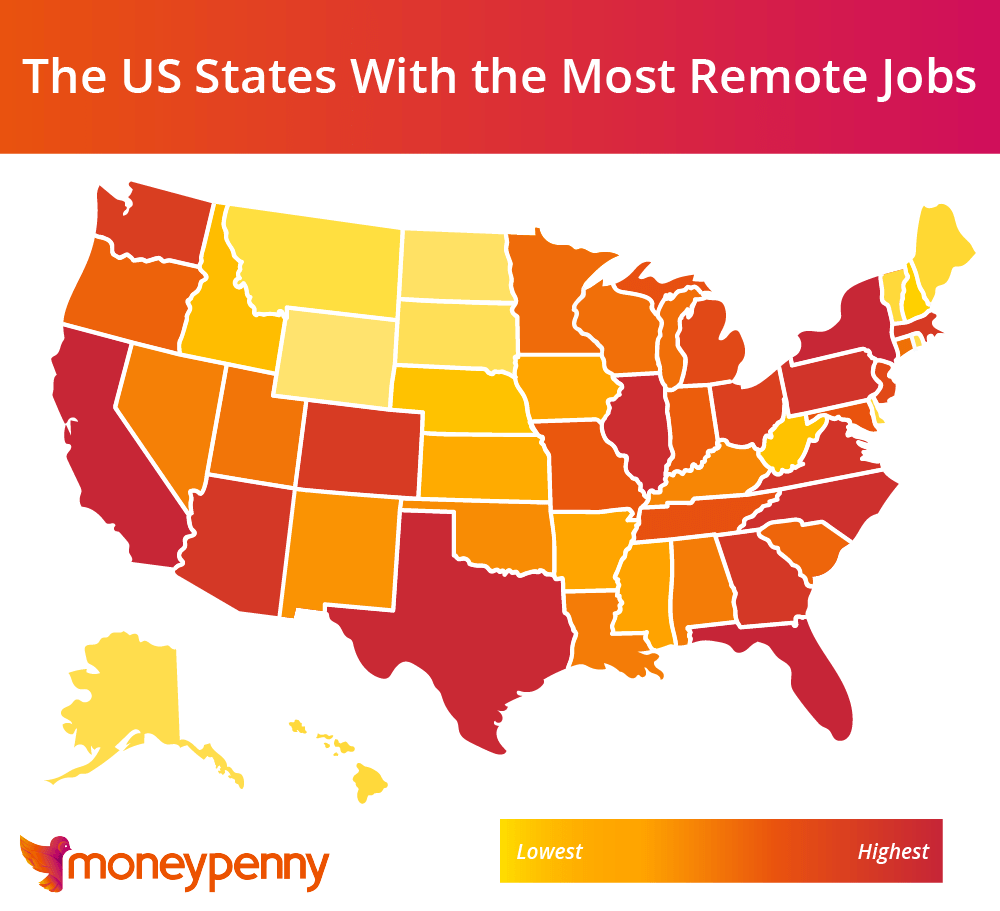 Florida tops the list with 10,826 remote jobs currently advertised. This is followed by California with 7,944 remote jobs available and New York with 7,154 remote jobs.

The top 10 states with the highest amount of remote roles are:

However, some of the states with the lowest amount of remote jobs were:

To understand the remote work demand, Moneypenny assessed Google Trends data, to find out which states search for remote jobs online the most.

Searches in Hawaii for remote work has seen a 73.50% increase in Google Searches since the pandemic began.

The same can be seen for Alaska and New Mexico, with Alaska’s remote job search increasing by 37.50% and New Mexico’s by a staggering 118.90%.

Moneypenny also looked into the cities that offer the most remote jobs. The cities with the biggest number of remote job opportunities were: 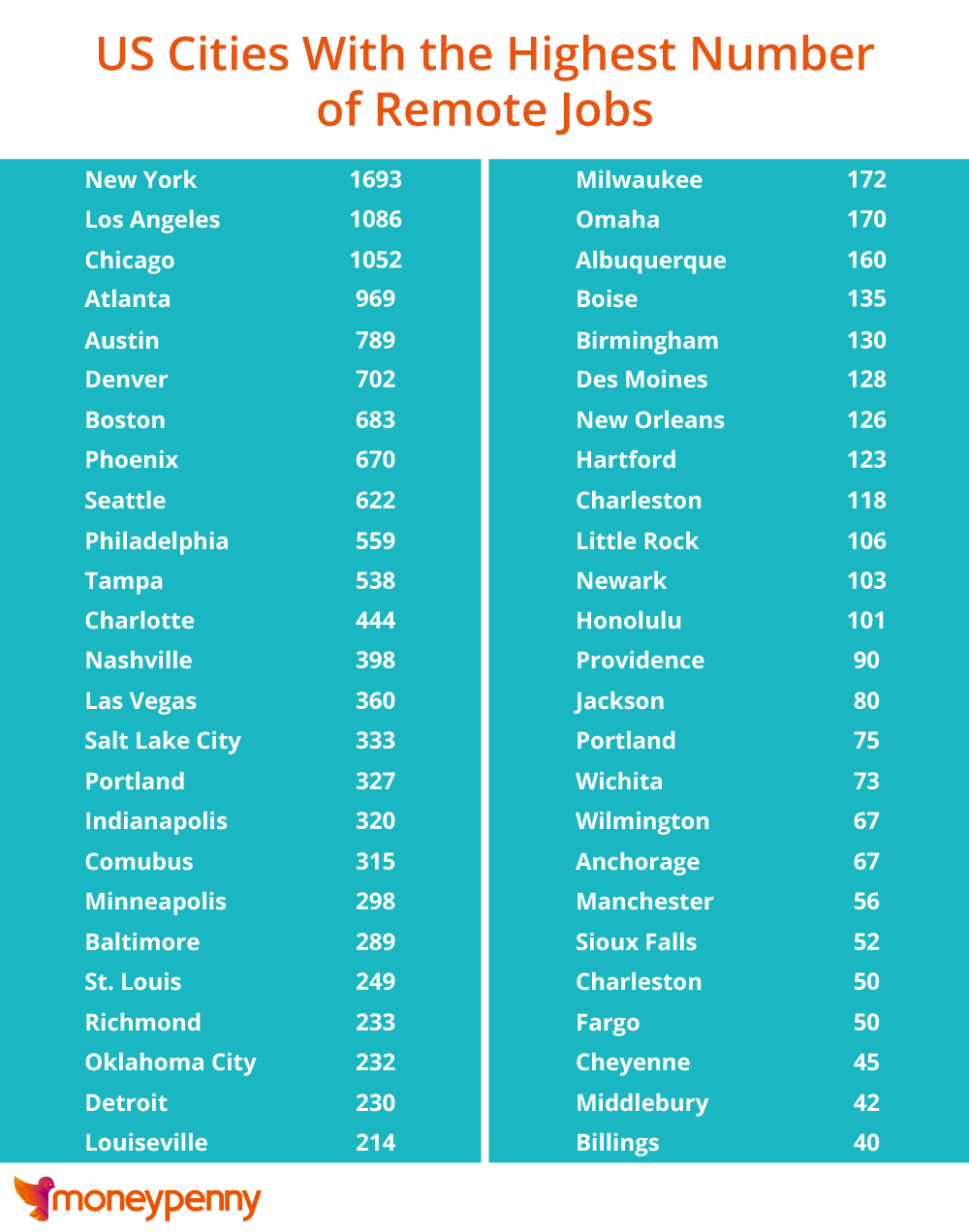 The findings also showed states that have the highest number of entry-level positions being advertised as remote, with Florida listing 8,503 entry-level remote positions, New York listing 5,213, California listing 3,897 and Texas listing 2,645. States such as Wyoming (61 entry-level listings), North Dakota (63) and once again Vermont (104) were all in the bottom 10 for states advertising remote entry-level positions. 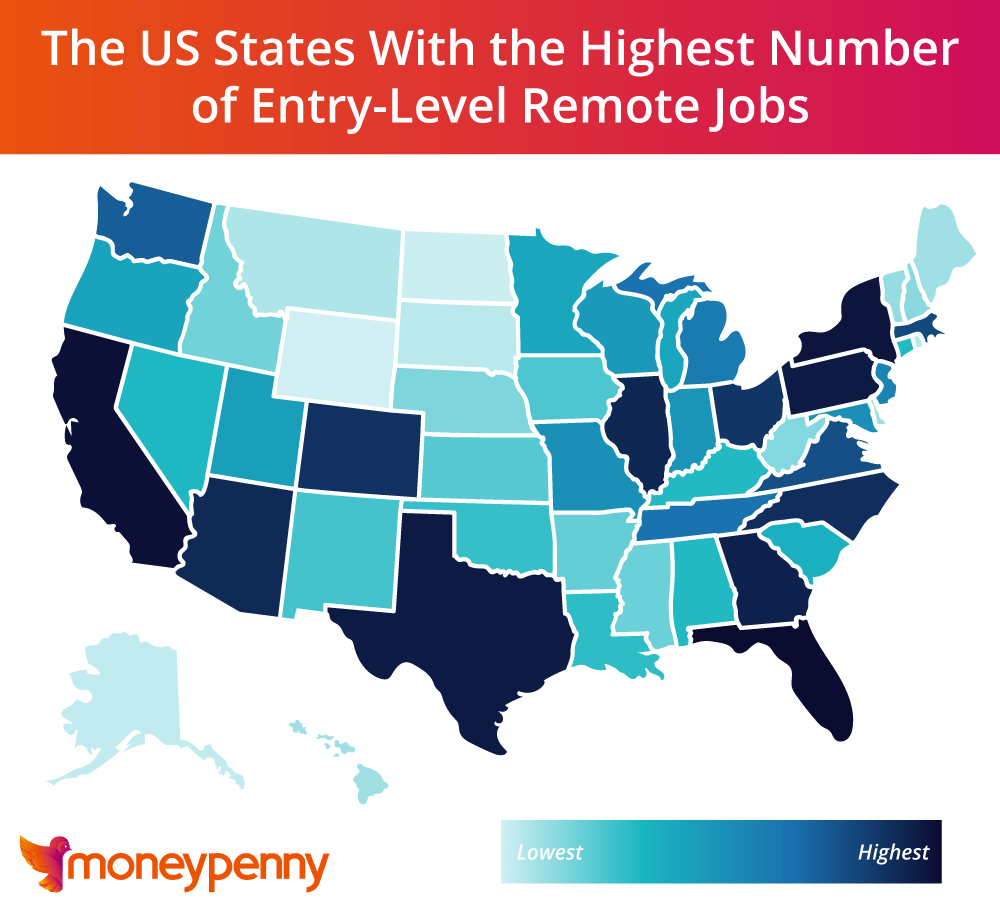 Overall we can see that COVID has had a dramatic impact on the need and desire for remote working opportunities, not just in the current workforce, but also for those looking to get started in their career. With a rise in entry-level positions, this could suggest a gradual transition into a more remote work environment across the US.

Moneypenny is the world's leading outsourced communications provider, delivering telephone answering, live chat, switchboard and multichannel customer services. Moneypenny works with businesses of all shapes and sizes, from sole traders right up to multinational corporations. In the UK, Moneypenny has over 750 staff, a figure that is growing at a rapid rate and has offices in Charleston, USA. The company was founded by a brother and sister team in 2000 and currently handles over 15 million customer communications a year for 13,000 businesses. Moneypenny is proud to have won the Queen's Award for Enterprise and has been recognised six times in The Sunday Times '100 Best Companies to Work For.'