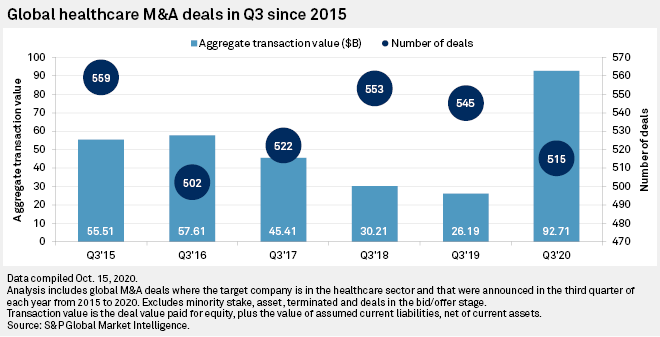 According to a recent S&P Global Market Intelligence analysis, the aggregate value for healthcare M&A increased sharply in Q3, both compared to the first half of the year and the year-ago period, as three deals crossed the $15 billion mark.

Aggregated transactions totaled $92.71 billion in Q3, compared to $12.26 billion in Q2 and $26.19 billion in the year-ago quarter. The increase can be attributed to large and complex deals, whereas Q3 saw a 256% increase in transactions valued at $5 billion or more, per Mergermarket. 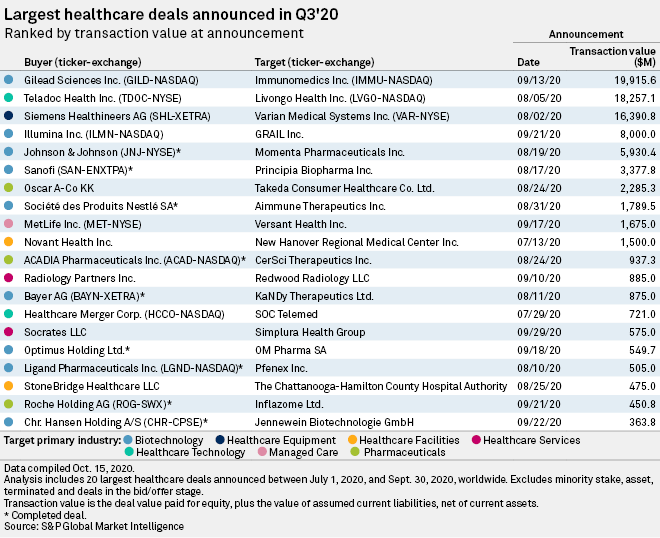 Mergermarket's Global and Regional M&A Report for the third quarter said Blackstone's acquisition of Takeda Consumer Healthcare is the largest private equity buyout deal during the third quarter and is part of a wave of noncore asset divestitures by Japanese blue-chip companies.

The resurgence in deal-making activity in the third quarter was driven by the largest and most complex deals — a 256% increase on a quarterly basis in transactions valued at $5 billion or more, according to Mergermarket. Most of the healthcare sector's $1 billion-plus deals were announced in the second half of the year, and only one was announced before May. 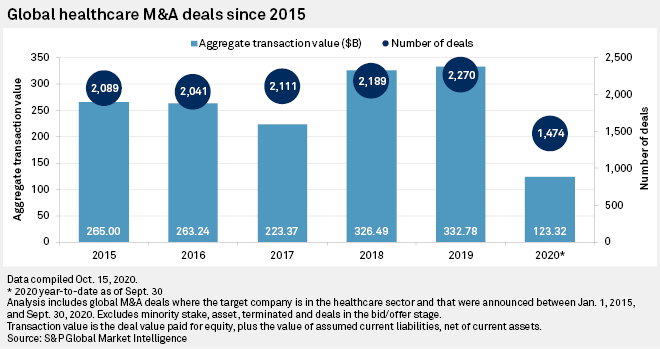