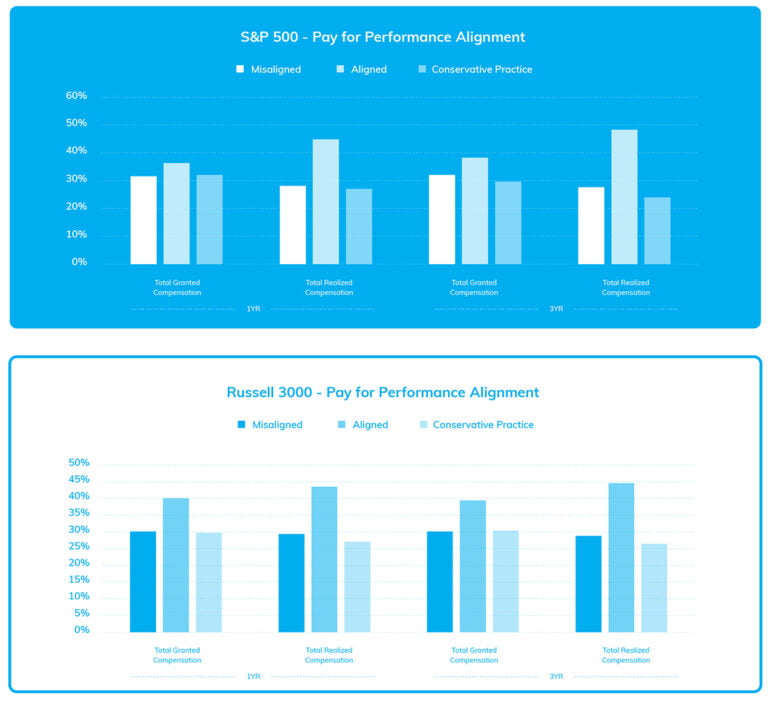 A new report from CGLytics, released today, called “The Pandemic and Executive Pay” covering the Russell 3000.

In it, the report covers

“The pandemic has thrown into sharp relief the question of whether multi-million dollar payouts accurately reflect the performance of companies, and the extent to which business leaders have adapted in the best interests of customers, employees, and shareholders” said Aniel Mahabier, CEO of CGLytics. “2020 will continue to be a testing year for CEO and board performance, and although many have taken salary cuts, base salaries have a very minimal effect on the overall relative pay alignment. While businesses continue to struggle in the economic down turn, we expect shareholders to apply increased scrutiny to ensure companies are responding in the right way and adjusting their pay policies to be socially responsible and address the performance misalignment seen in previous years.”

The report goes into further detail about exec pay more generally, showing how the cuts have highlighted the perpetual pay for performance misalignments, with analysis showing that roughly one-third of the S&P 500 and the Russell 3000, are overpaying their C-suite compared to their company’s performance based on Total Shareholder Return (TSR).

The Pandemic And Executive Pay: A Russell 3000 Study

The COVID-19 pandemic has had a major impact on the US economy. Businesses that have seen financial impact have laid off or furloughed employees, cut salaries, and in some cases, received state aid in order to preserve cash and stay afloat. In addition to these measures, some businesses have taken an additional step and adjusted the compensation practices for their Executives and Board Members (mainly in form of reduced base salaries and cash fees).

So far in 2020 we have seen 634 companies listed on the Russell 3000 (114 of which are listed on the S&P 500 index) issue some type of pay adjustments to Executives, and to their Board of Directors. As a result, the total amount of base salary reductions for CEOs of these companies are expected to approximately equate to USD 180 million in 2020.

For this study, CGLytics looked at the 554 companies that had issued pay adjustments to Executives and their Board as of May 31, 2020. The study examines how companies have reduced CEO, NEO and Director pay, and questions if enough is being done in light of the pandemic.

Executive compensation has always been a topic of controversy. It is often unclear whether multi-million dollar payouts accurately reflect the performance of the company and its Executives. Analysis by CGLytics found that roughly one-third of the S&P 500 and the Russell 3000 are overpaying their C-suite compared to their company’s performance based on Total Shareholder Return (TSR). 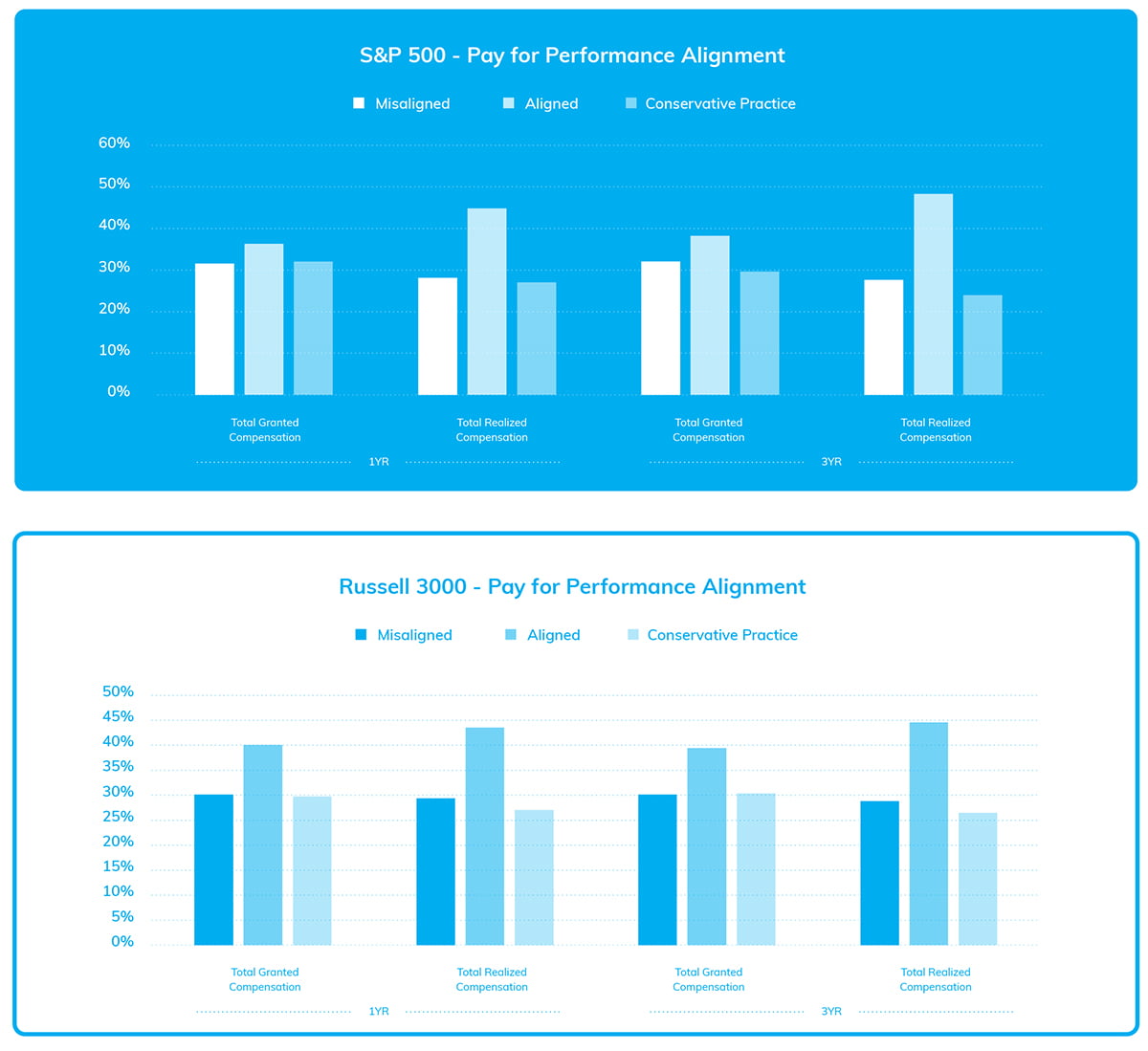 Adjustments To Executive And The Board Of Director Compensation

Company revenues and share prices have been hit hard by COVID-19. Companies can no longer afford to maintain multi-million dollar remuneration packages for their leaders. Of the 554 companies in the Russell 3000 that exercised changes to compensation as of May 31 this year, 7% adjusted compensation for only the CEO and roughly one-third adjusted compensation for CEO and NEOs. 57% of companies went further than just reducing their Executives’ pay, extending the pay cuts to include the Board. Only a small number of companies had pay changes for either the NEOs or their Board of Directors.

Most of the adjustments to Executives’ and Board of Directors’ compensation were made in the form of reductions to base salary and board fee, rather than long-term incentive compensation and annual cash bonuses. This is possibly due to the total effects of COVID-19 on the payouts of the latter two remaining unclear. Moreover, reducing base salary and board fee is a means to lower expenses and preserve cash.

About CGLytics: CGLytics is transforming the way corporate governance decisions are made, for effective oversight and competitive edge. Combining the broadest governance and executive compensation data set in the market with powerful analytics tools, CGLytics enables organizations to make better informed, data-driven decisions. CGLytics provides real-time data for an independent analysis of companies’ governance practices including peer benchmarking. CGLytics is the source of global compensation data and analytics for Glass Lewis’ voting recommendations and a trusted Diligent partner.