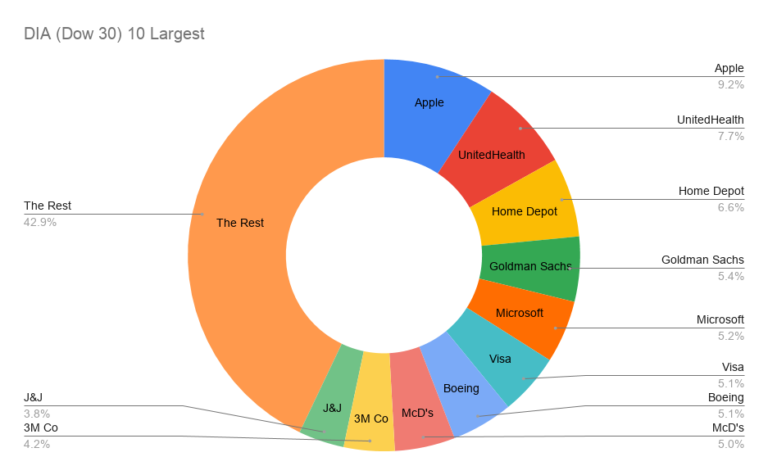 If you thought all the major indexes moved together, think again. Between June 8 and the close on Friday June 26, the Nasdaq beat the Dow in 11 of 14 trading days.  During 8 of those days the gap was half a percent point or more.  The end result was that by the close on Friday, June 26th the Nasdaq was down only 1.7% while the Dow fell 9.3%. Although not as pronounced as the recent behavior, the Dow has lagged the NASDAQ during most of the pandemic.

As the first two graphs below show, from 1987 to 1997, the Dow and the Nasdaq Composite behaved quite similarly.  The Nasdaq was more volatile, but total returns over the period were nearly identical.  It was not until late 1997, as the dot.com bubble began to boil, that the two indexes began to diverge. The boom and subsequent bust of the dot.com bubble solidified perceptions of the  Nasdaq as a high risk and high growth index driven by the internet and technology companies. 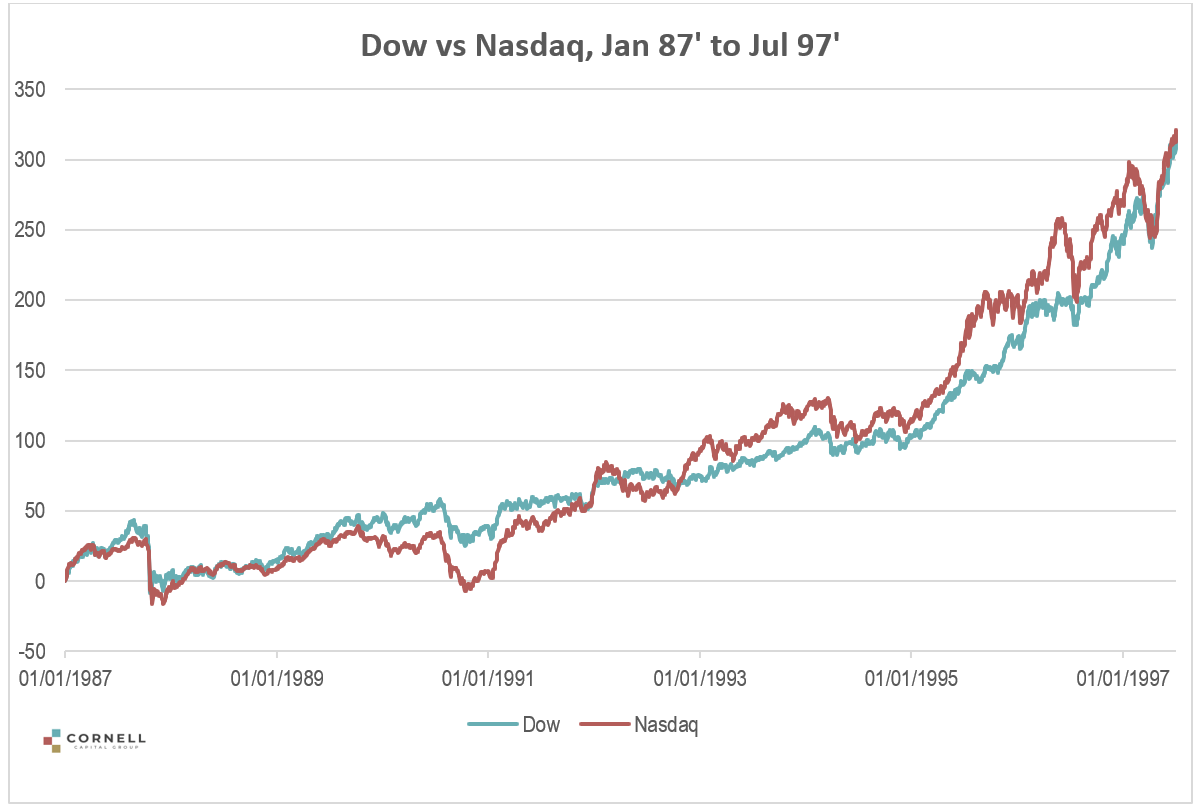 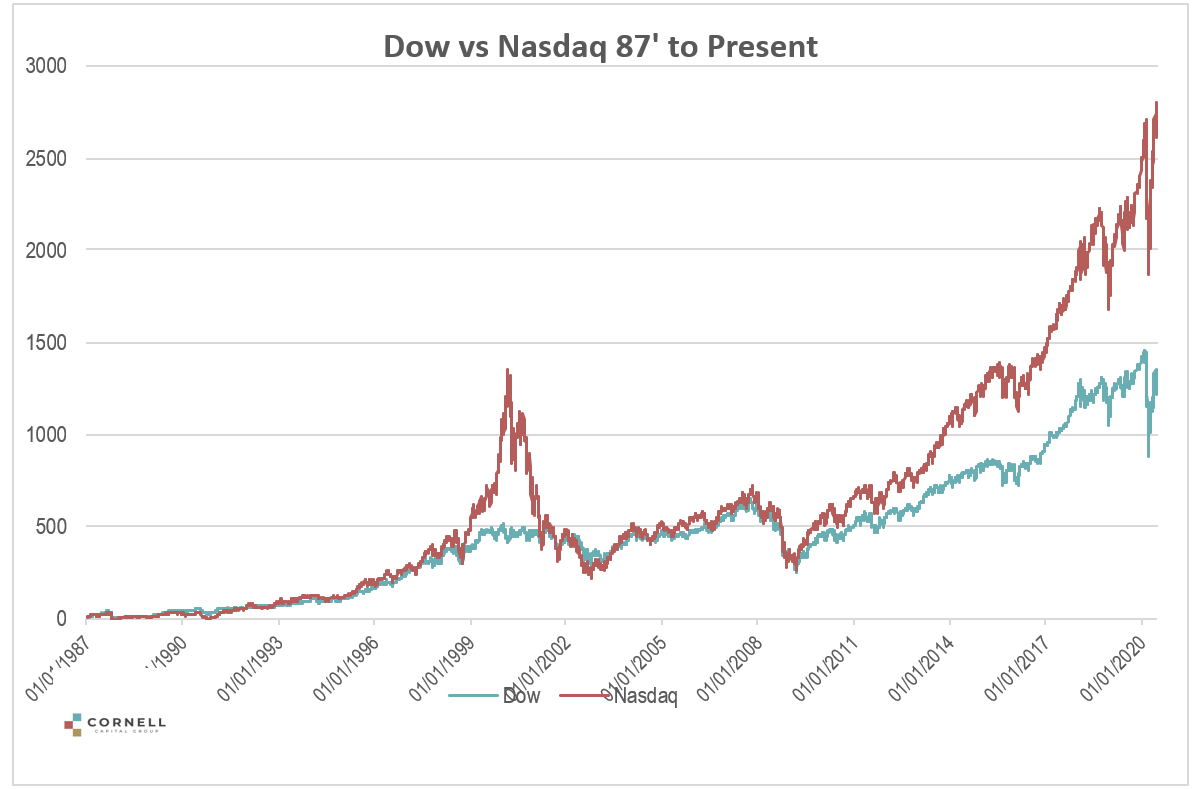 Although the Dow is more formally known as the Dow Jones Industrial Average, today's Dow is far different than the early Dow with industrials accounting for only 13% of the index weighting.  As shown in the graph below, the highest weighted sector in the Dow is information technology at 25% led by Apple and Microsoft. 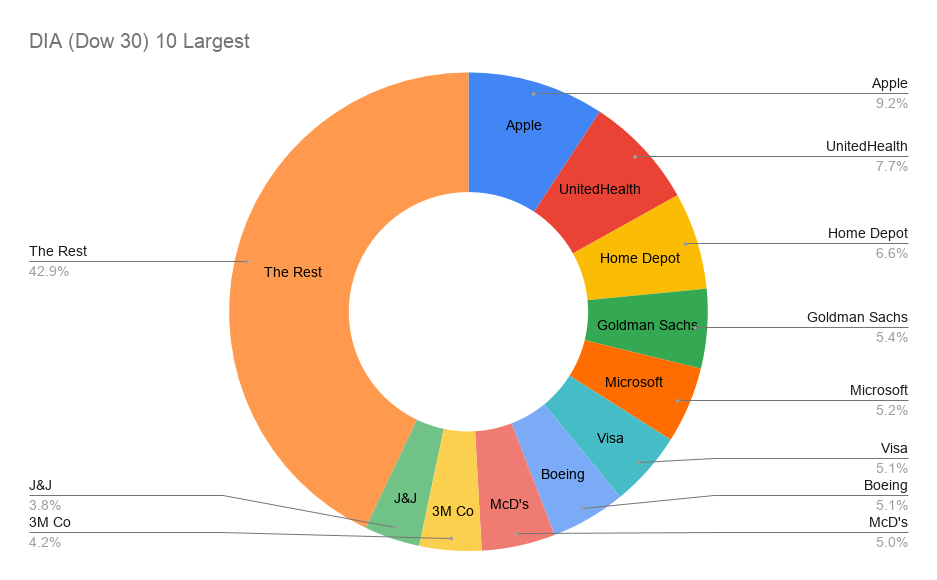 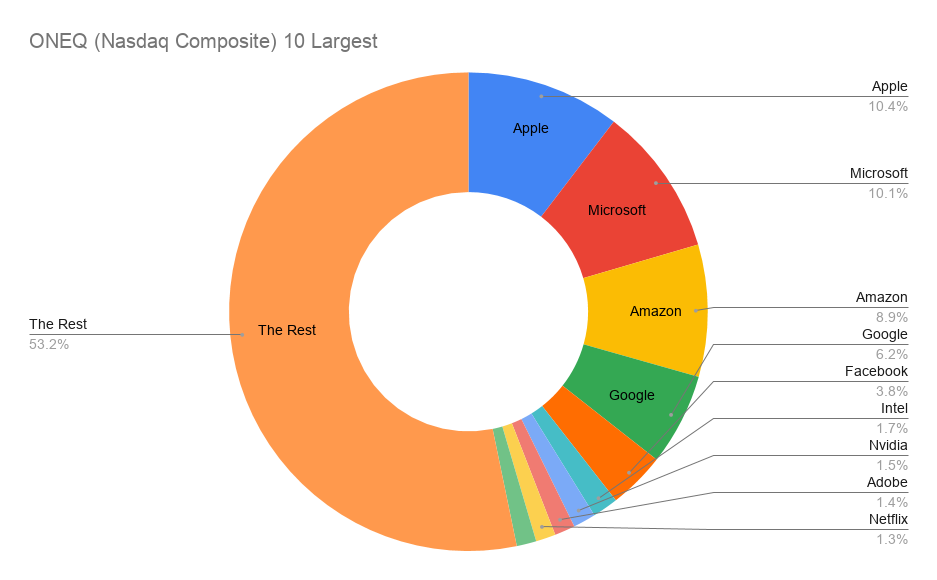 The Big Five Of Tech Companies

The contrasting performance of late between the Dow and Nasdaq is best understood by looking at index components.  The easiest way to do this is to use data provided by the most actively traded funds that track each index, ONEQ for the Nasdaq and DIA for the Dow. The ONEQ portfolio contain about 1,000 stocks, but over the 14 sessions in question only 294 were up and 770 were down.  The reason the Nasdaq trounced the Dow is that the five largest contributors of the Nasdaq are the big five of tech companies, Apple, Microsoft, Amazon, Google and Facebook.  Together the big five accounted for 63% of the of the gain associated with the 294 stocks that were up.  Apple, the heaviest weighted company in the ONEQ portfolio, is weighed the same as the bottom 650 stocks.  The Nasdaq’s long tail means the ONEQ ETF which only has 1,000 components can accurately track the Nasdaq Composite Index which has 2,700 components.  The Nasdaq's bottom 1,700 components are weighted so lightly they can effectively be ignored.

The performance of the Dow and Nasdaq the last few weeks should serve as a warning to passive investors.  An ETF, even one containing 1,000 stocks like ONEQ, may not be nearly as diverse as it appears.  Furthermore, how much the “market” moves depends importantly on how the market is defined.  As to how long the Nasdaq will continue to trounce the Dow, it is helpful remember that Herbert Stein noted that if something cannot go on forever it will stop.  But when?  As we at Cornell Capital Group finish writing this today, June 30, the market has just closed.  The Dow was up 0.85%, but the Nasdaq rose 1.87%, topping the Dow by more than 100 basis points.  It is not over yet.