Despite activism taking a hit this year, with the pandemic sending the markets into turmoil, Starboard Value has managed to find success at some of its targeted companies. The activist investor gained 17 seats on corporate boards through settlements and one shareholder vote by June 11, 2020, the highest total for the same period each year since records began in 2013.

After walking away from GCP Applied Technologies’ annual meeting with eight of 10 board seats at the end of last month, in Starboard’s first proxy contest to go to a vote since 2014, the activist turned its attention to settlement talks with Commvault Systems. The two were able to strike a deal, with the company agreeing to add three new directors to its board, including one previously advanced by Starboard, and create a new board committee.

The deal comes a little over two months since Starboard began a campaign to gain up to six seats at Commvault, including for its CEO Jeff Smith and Partner Gavin Molinelli.

OSS Research issued a short report against Tactile Systems Technology last week, claiming the company’s revenue is dependent on "rampant overprescribing" and an ongoing Medicare investigation which the activist said could knock its stock down more than 70%. Tactile's core business is pneumatic compression devices (PCDs) used to treat swelling in the legs and arms.

Among other claims, OSS argued that while Tactile Systems Technology has said the total addressable market (TAM) for PCDs is worth $5 billion and is growing at up to 30% annually, it is in fact closer to $300 million, citing "publicly available studies and claims databases."

It also took exception to the company's stated average revenue growth of 30% over the last five years. Citing "interviews with numerous industry stakeholders and a recent Qui Tam lawsuit filed against the company," it said the "true source of Tactile Systems Technology's growth was "a ‘daisy-chaining’ kick-back scheme that has resulted in rampant overprescribing and rapid market share gains at the expense of patients, insurers, and the public." A "daisy chain" in this context is a phrase used to describe a group of investors who artificially inflate the price of a security they own so it can be sold at a profit. The short seller predicted that an industry-wide audit by Medicare was likely to result in a crackdown of "fraud and abuse."

The number of U.S-based companies operating in the energy sector publicly subjected to activist demands between January 01 and June 12 in consecutive years. 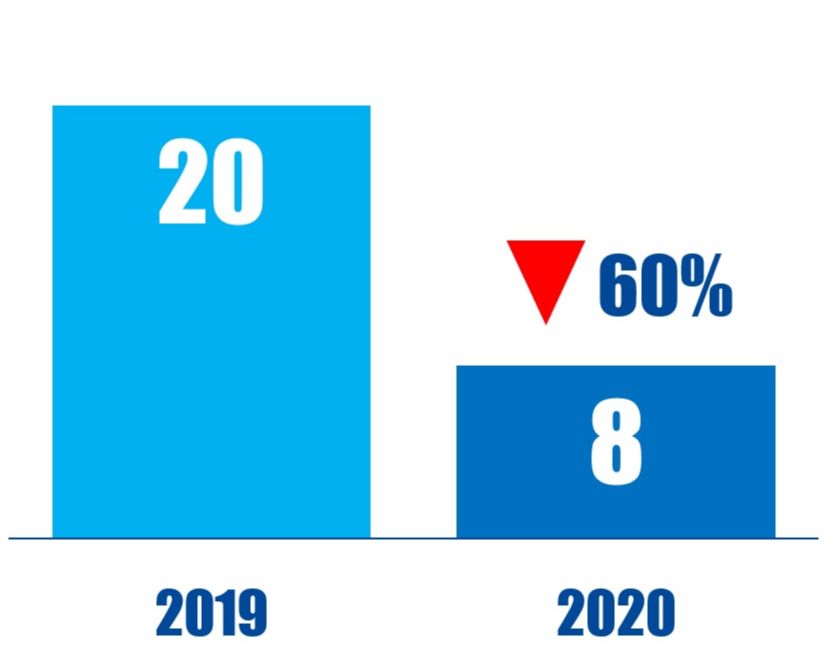