Many economists and financial analysts who were predicting a Great Depression-sized recession with a drop in the gross domestic product of more than 30% (Morgan Stanley, Goldman Sachs, Deutsche Bank)  are pleasantly surprised — and a little confused — with the strong jobs, retail, and stock market numbers reported in June.

While there are still plenty of economists who feel that the worst is yet to come, it does seem like the federal government’s CARES Act had the effect lawmakers hoped for. This was an unprecedented rescue package with a price tag of $2 trillion that included multiple policy changes and new relief programs for individuals and businesses. So, you could argue that it would have been more surprising if we had not seen an impact on the economy.

Sadly, many are still hurting from the economic effects of the pandemic and are looking forward to the second wave of federal and state stimulus packages. When will the stimulus package arrive and what will it include?

The timing and details of the next stimulus package is still in the air but policymakers from both sides of the aisle have made it clear that there are plans to pass another stimulus bill. Here are some options that are being discussed.

Senator Josh Hawley (R-MO) includes an interesting proposal in his Emergency Family Act Relief of 2020 that echoes the $1,000 a month universal basic income that was the central idea of Andrew Yang’s presidential campaign. This temporary basic income would give up to $2,206 a month for a family of five.

Although unlikely to pass, this would be a welcome boon for low-to-moderate-income families that are struggling to make ends meet while personal loans and other sources of credit are in short supply. If nothing else, this shows that universal basic income is no longer such a fringe idea.

When investors sell an asset, the profit from the sale is subject to a capital gains tax of up to 20% for stocks held for more than a year. President Trump has proposed cutting capital gains taxes as a way to reactivate the economy.

A tax cut like this would help individual and institutional investors to keep more of their profits, which may encourage more investment in the stock market.

White House advisors have proposed a payroll tax holiday to strengthen the economy. Employers and employees each pay 7.65% in payroll tax to fund Social Security and Medicare. A moratorium on the payroll tax may encourage employers to hire more workers by reducing payroll costs and would give employees a temporary raise.

The concern is that reducing funds for Social Security and Medicare would further endanger these already cash-strapped entitlements.

The CARES act included extended unemployment benefits that came with a weekly bonus of $600. The relief was so generous that some workers were disappointed they didn’t get fired.

A new stimulus package would probably include a bonus for workers that returned to the workforce. One proposal put forward by Sen. Rob Portman, R-Ohio is to give workers $450 a week on top of their wages. Another way to look at this stimulus, which he calls a “return to work” bonus is to allow people to keep three-quarters of their unemployment bonus if they get back to work.

There are a few bills under consideration that include a second set of stimulus checks. The House’s HEROES Act, for instance, proposes checks of up to $6,000 per family — $2,400 per married couple and $1,200 per dependent for up to three children. Another proposal sponsored by Senators  Kamala Harris (D-Calif.) and Bernie Sanders (I-Vt.) has the government sending monthly payments of $2,000 to Americans making less than $120,000.

Although such proposals have little chance to pass the Senate, a modest version of the initial round of checks is still possible.

The pandemic hit the U.S. hospitality and travel industry harder than most sectors of the economy. One idea that is being pitched by the U.S. Travel Association is to create a tax credit worth 50% of qualified travel expenses incurred in the United States up to a maximum of $4,000.

This tax credit would not help the families that need it the most as they are unlikely to have the money to spend on travel now while they wait for a tax credit next year. However, the proposal was mentioned by President Trump in a roundtable meeting with restaurant and industry executives. So, it would not be surprising if future stimulus package includes some type of tax credit or relief for the tourism industry. 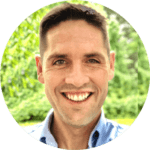 Andrew is the managing editor for SuperMoney and a certified personal finance counselor. He loves to geek out on financial data and translate it into actionable insights everyone can understand. His work is often cited by major publications and institutions, such as Forbes, U.S. News, Fox Business, SFGate, Realtor, Deloitte, and Business Insider.