To provide further insight, the second chart below plots the difference between the two quarantine indexes and the S&P 500.  In a relatively efficient market, the jiggles of the two differentials should reflect information about the market’s expectation regarding the future of the crisis.  For instance, if news were to arrive suggesting that reopening were to occur sooner than previously thought, then all three indexes would be likely to rise, but the anti-quarantine index should rise more than the S&P 500 and the quarantine index should rise less.  The reverse would occur if the news implied an unexpected extension of the lockdown. 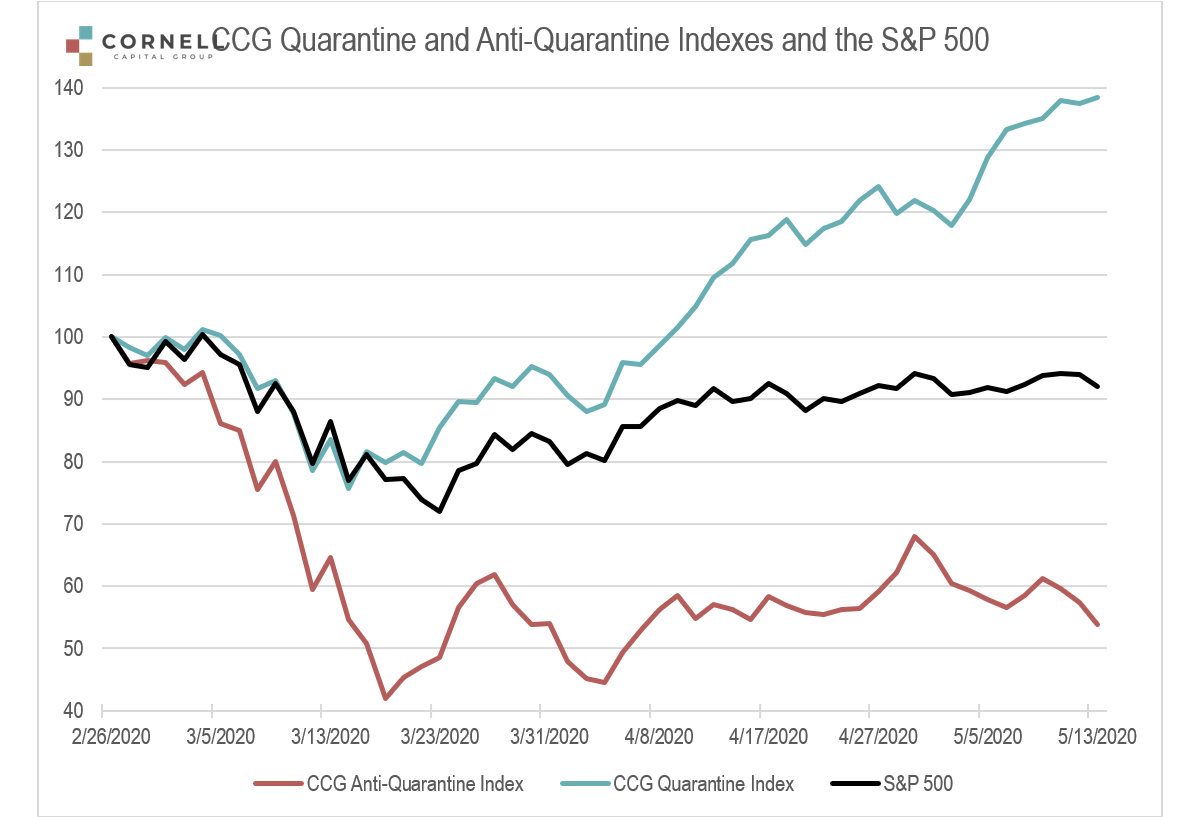 The relation between the two lines might provide insight into expectations regarding the post virus economy as well.  It is possible than even after the introduction of a vaccine; behavioral patterns will be permanently changed.  For instance, added constraints at airports, along with rising costs and increased fears, might produce a permanent decline in air travel.  Similarly, movie theaters may be permanently disadvantages as compared to home viewing of movies.  As information arrives about these possibilities, it should affect the performance of the two CCG Indexes relative to the S&P 500. 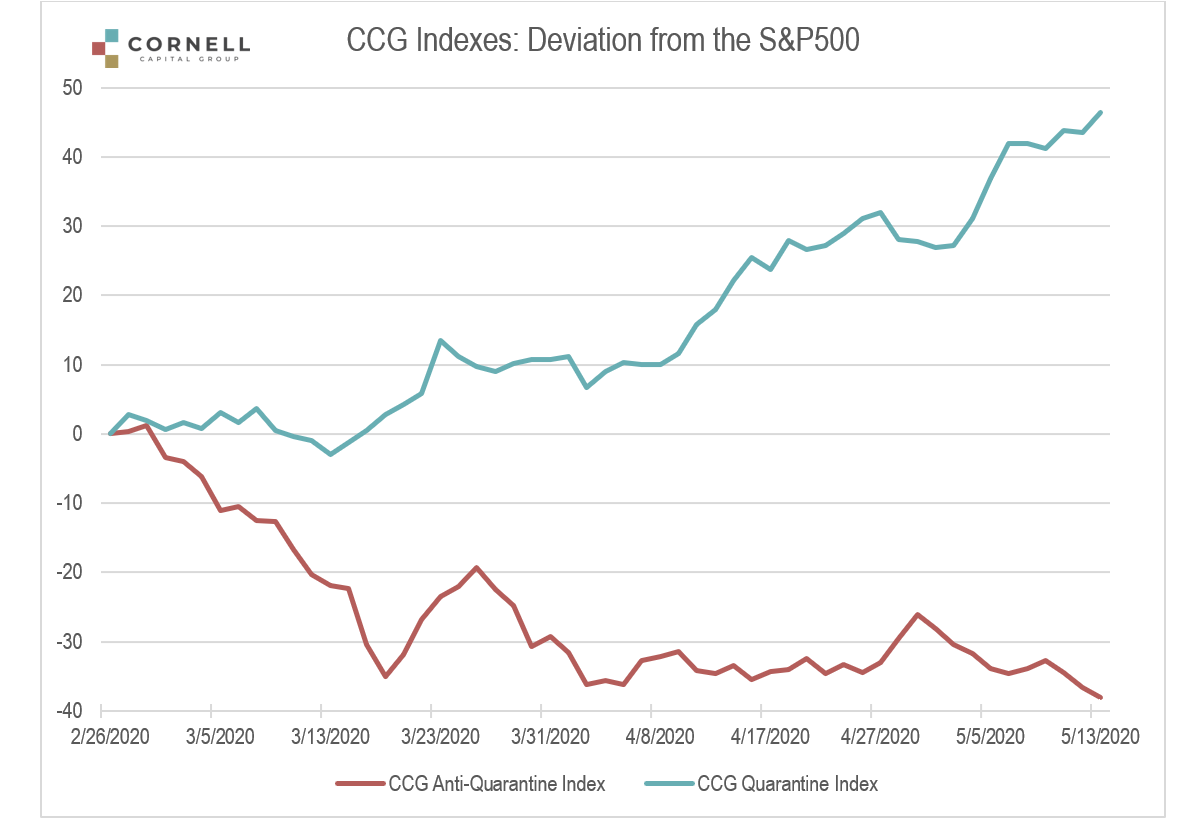 Turning to the chart on the deviations of the two CCG Indexes from the S&P 500, provides an interesting surprise.  In response to the onset of the crisis, the anti-quarantine index falls relative to the S&P 500 as one would expect.  However, by mid-March the relative decline is over, and the anti-quarantine index pretty much follows the market – the deviation remains constant.  The quarantine index is quite different.  It basically follows the market up through mid-March and then takes off.  By mid-May it has risen to a level more than 45 points above the S&P 500.  This sharp run-up suggests that as time passed the market became increasing confident that companies in the quarantine index such as Amazon, Zoom and Netflix would be able to exploit changed behavior patterns that would persist long after the virus problem was resolved.  On the other hand, it is also possible that the run-up of the quarantine index reflects investor sentiment more extreme than can be justified by the business fundamentals of the component companies.  Given such uncertainty, the best bet might be to stay on the sidelines for the time being and see how the two CCG Indexes behave in the next few weeks as steps are taken to reopen the economy. (www.cornell-capital.com)