Despite stock market uncertainty amid the spread of coronavirus, activism in Japan seems to be holding steady while it drops everywhere else. In fact, Oasis Management enjoyed a “landmark” win at Japanese technology conglomerate Sun Corp. last week. Shareholders in the company sided with Oasis and green-lighted the board overhaul sought by the activist.

The results of Wednesday’s vote showed full support for Oasis’ campaign, with the activist managing to install its own three-person slate, including Oasis director Yonatan Domnitz, while ousting four of Sun Corp’s directors.

Oasis launched its campaign in February, following unfruitful talks with the technology conglomerate. The 9.2% activist shareholder claimed the firm was plagued by "ineffective" management and "failed" board oversight. It noted the operating losses recorded by Sun Corp over the last two years and misguided acquisitions.

Wolfpack Research and Muddy Waters Research issued a 37-page short report on Chinese video on demand company iQIYI, alleging that the company was committing fraud "well before" its IPO in 2018 and had continued to do so since. The report claimed that the company was unable to legitimately grow its business enough to "true up" its financial statements and that it had inflated its 2019 revenue by approximately RMB 8-13 billion.

The short sellers claimed that iQIYI's user numbers had been overstated by approximately 42%-60% and inflated its expenses, content prices, other assets and acquisitions in order to "burn off" fake cash to hide the fraud from its auditors and investors. The report also noted that it had found that 31.9% of iQIYI users that it surveyed had access to the VIP-only content through memberships with the company's partners; the company recorded the full amount of revenue from those memberships and recorded its partners' share as expenses.

The report stated that when compared to Chinese credit reports, the company's deferred revenues reported on the SEC were inflated by 262%, 166% and 86% in 2015, 2016 and 2017, respectively. The short sellers concluded that the company had lost money for 10 consecutive years and that its losses were accelerating, while growth slowed.

iQIYI issued a response following the report and claimed the findings presented "numerous errors, unsubstantiated statements, and misleading conclusions and interpretations regarding information," related to the company.

The number of investors that disclose activism as part of their investment strategy that have publicly subjected at least two companies to public demands, between January 01 and April 10 of each year. 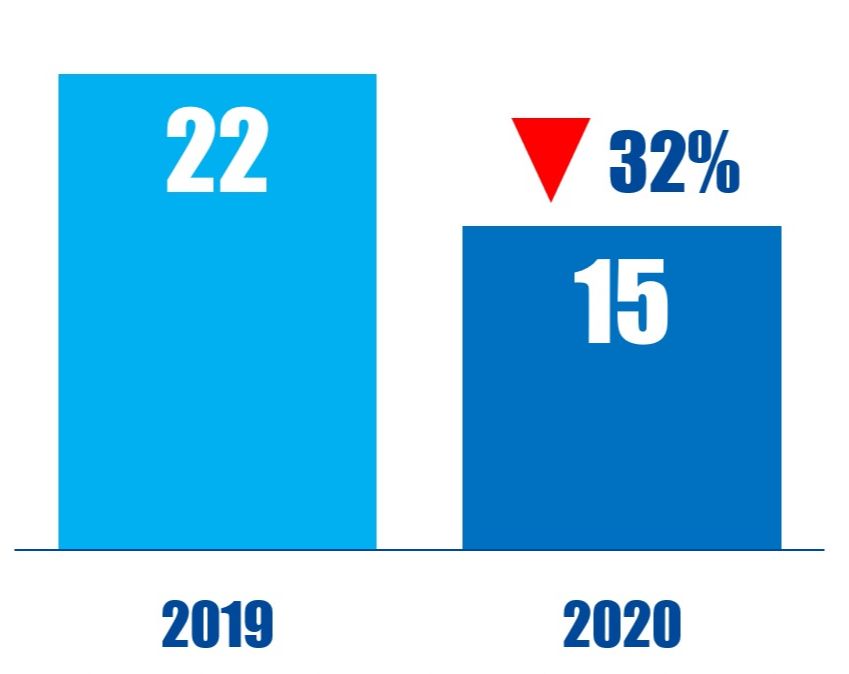