There are signs that the paper gold market is separating from the physical gold market as prices rally. Gold seller BullionStar claims there is a significant shortage in physical gold. In fact, the seller claims its order volume and call volume are up exponentially or about ten times as high as usual.

In their latest gold price analysis, Midas Touch Consulting analysts warned that the paper gold market could see a "merciless sell-off." They said the most recent upswing in the gold price started 17 months ago in August 2018 when the yellow metal bottomed at $1,160 an ounce. Since that time, gold and the SPDR Gold Trust were up by about 50% before Monday's sell-off. 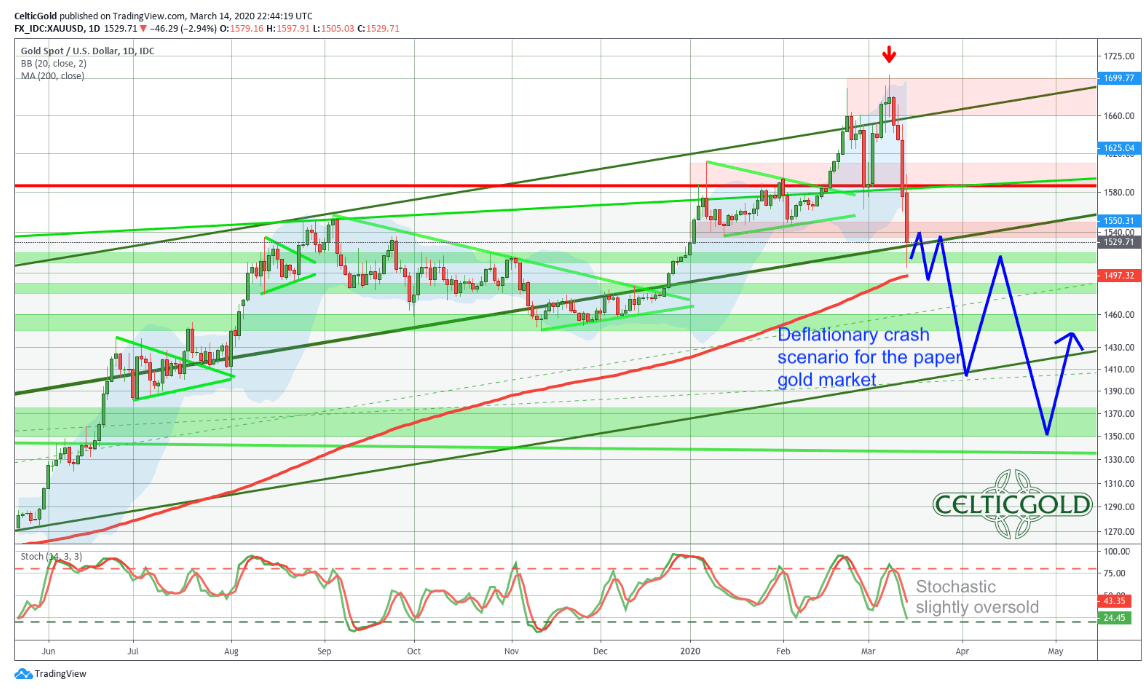 The yellow metal touched a seven-year high of $1,703 on March 6, but it's been mostly downhill since then—until today. The coronavirus-driven sell-off has been sending all assets into a downward spiral. The gold price failed to break above the uptrend channel that has been forming since August 2018. Bulls have been trying to push through for weeks, but then the sell-off that started last week resulted in a significant pullback to the middle trendline of the uptrend channel, according to Midas Touch.

The stochastic oscillator threw up a fresh sell signal late last week, and the firm's analysts said that could mean a crash toward $1,400 an ounce. However, the gold price never fell that low, as it reached the $1,467 an ounce neighborhood before rallying. It now looks set to hold on to $1,500 an ounce, at least for now.

Midas Touch warned that the paper gold price could fall below $1,000 in the coming weeks and months due to the "ultra-bearish" weekly chart for physical gold and the "global crash in everything." Since they wrote their note, the gold price has begun to rally, but it still has a long way to go before it will approach the $1,700 level again.

While many technicians say the bulls were still in control of gold while the price was plunging, Midas Touch argued that the bears had wrested control away. The firm said the daily chart was "slightly oversold, but still very bearish."

Midas Touch analysts also said the paper gold market or futures has been "extremely overstretched and completely unhealthy since last summer already." The setup for futures was not improved by the correction in the gold price between September and December. They added that the commercial short position climbed to new record levels in February. 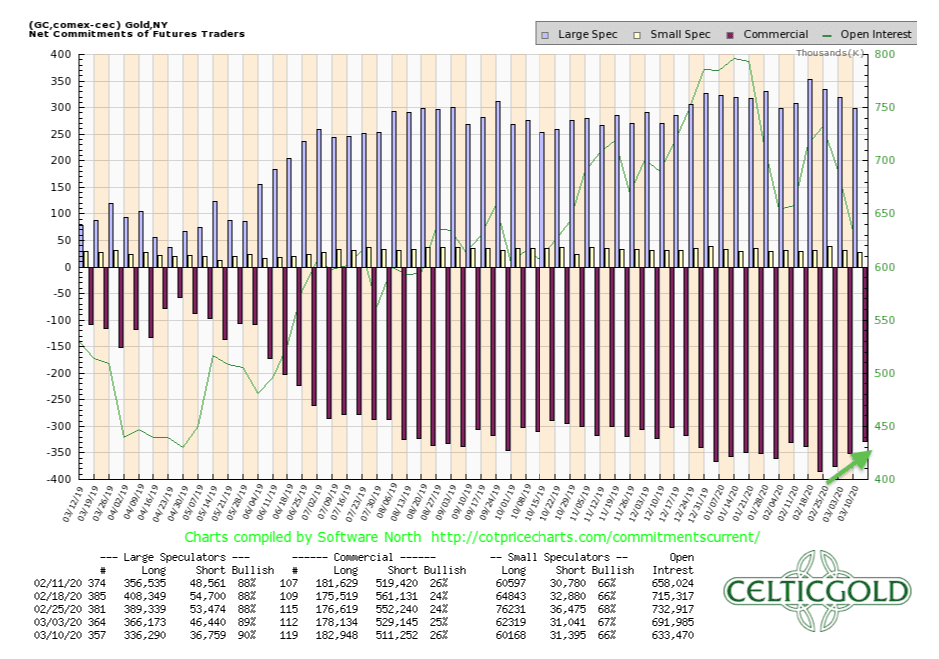 They believe a liquidity crunch has begun and that it "is playing dramatically into the hands of the gigantic, but completely under-watered, commercial short position." For the paper gold market to be cleaned up again, they said prices would have to reach $1,350. That never happened, although they believe that "the carnage in the paper gold futures market has only just begun." 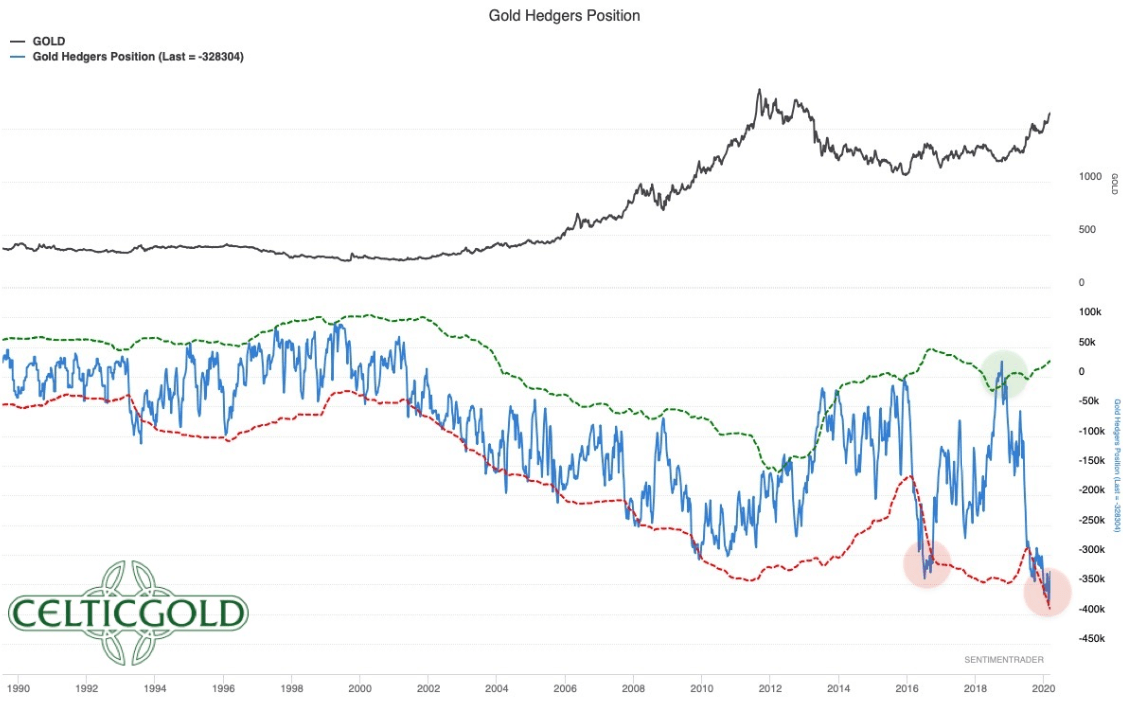 Gold sentiment is not optimistic

Interestingly, the $1,700 gold price on March 6 was not accompanied by an optimistic sentiment. The last time gold traders were especially optimistic was in late February. Midas Touch said sentiment appears to have turned down, although the market "still has a long way to go" before it will reach "a bombed out and miserable mood." 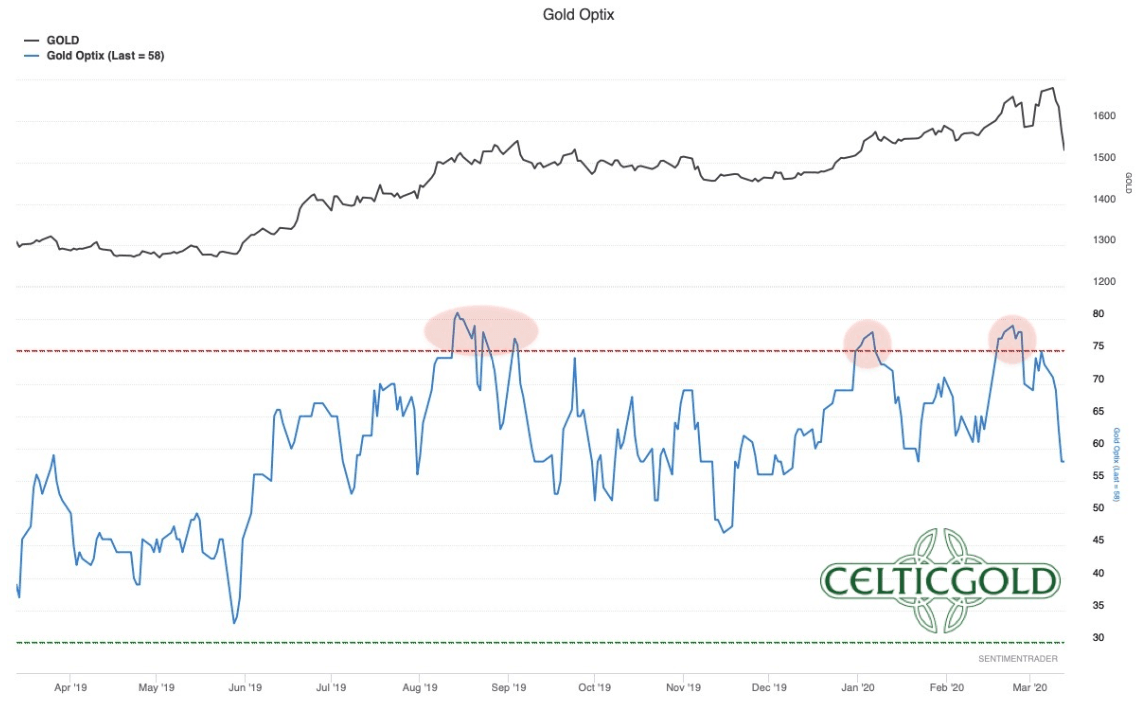 Seasonality is also negative for the gold price right, based on historical trends.

"After a long rally, the gold price actually seems to have reached an important high in March once again," they wrote. "Something similar was seen in March 2008, for example. Basically, the seasonal component now turns negative until May and June. Although there can always be strong bounces in between the gold price usually finds a sustainable bottom in early summer."