Most of the timelines we’ve seen for Fannie Mae and Freddie Mac exiting conservatorship put that event no earlier than next year, if not even later. One firm believes it could happen by the end of this year, depending on the severity of the impact from the coronavirus.

Rob Wagener of ACG Analytics told ValueWalk in an interview that their base case for the GSEs is if they can finish their capital rule and finalize the preferred share agreement, they could exit toward the end of the year. A key factor is when Fannie and Freddie reach their statutory minimums for their capital levels.

“Fannie hits their statutory minimum based on earnings projections in the third quarter of this year,” he explained. “These projections are based on before the coronavirus crisis, so that could slow their capital growing, but that’s when we believe they could exit conservatorship.”

ACG put together this timeline to show their base case for the timing of conservatorship and other factors involved in Fannie Mae and Freddie Mac. 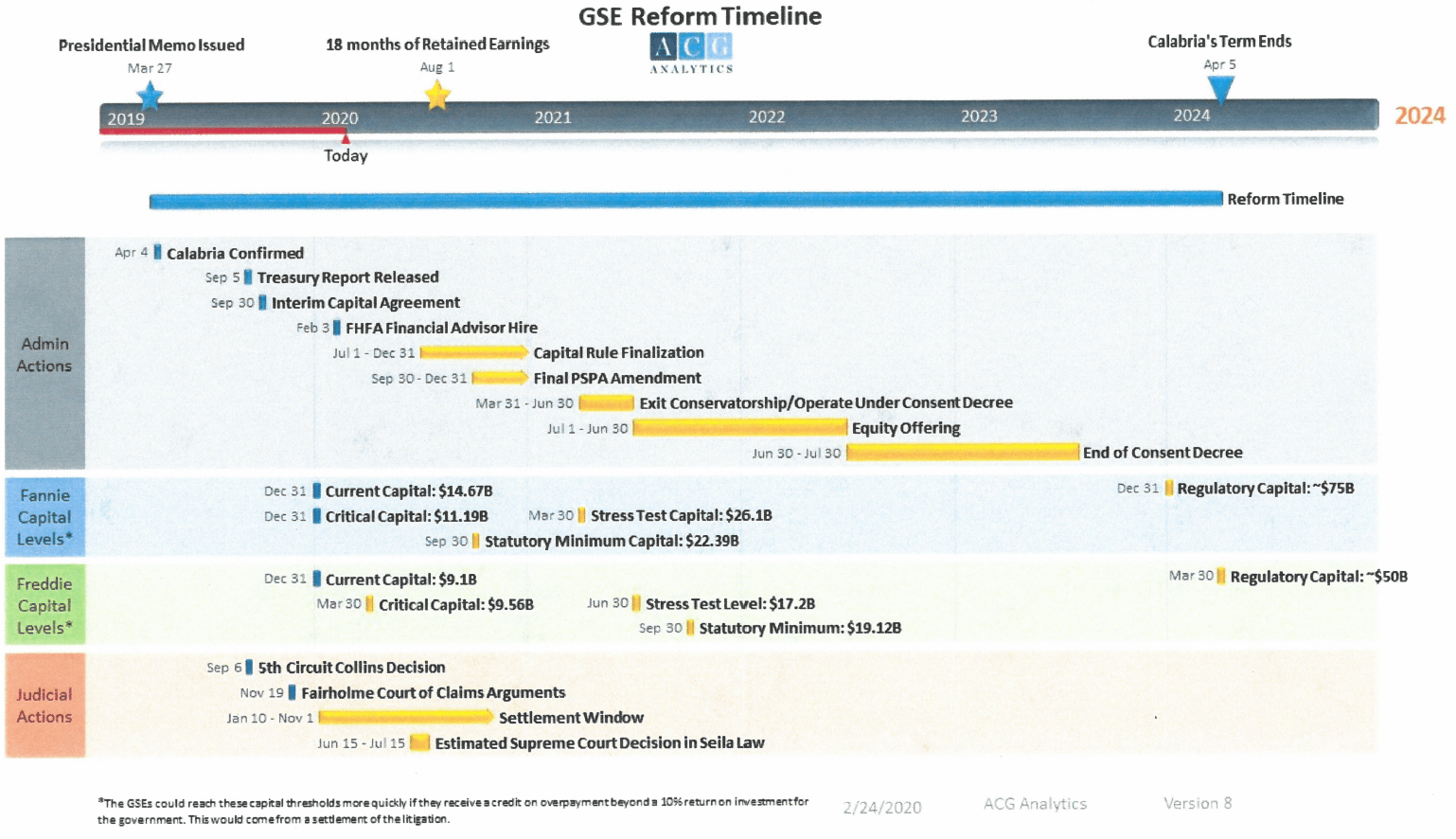 He added that Fannie Mae and Freddie Mac don’t need to be released from conservatorship at the same time. He also noted that many people have been saying that the GSEs will be holding the largest equity offerings ever. However, that may not be the case.

Supreme Court on Fannie and Freddie

The pending litigation could also have an impact on when Fannie Mae and Freddie Mac exit conservatorship. One of the most notable cases that’s been filed is the case before the Fifth Circuit Court of Appeals, which found that the structure of the Federal Housing Finance Agency to be unconstitutional.

The Supreme Court decided not to hear the case, and it’s widely believed that the reason is because the court will hear a similar case against the Consumer Financial Protection Bureau. What’s particularly interesting about the bearing of the CFPB case on Fannie Mae and Freddie Mac is the government’s approaches to both cases.