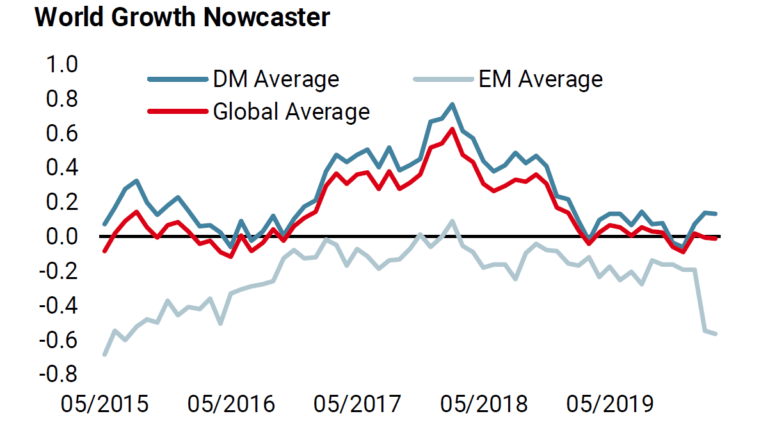 As the Coronavirus continues to spread across the world, investors and economists now realise that the initial impact estimates on the global economy were far too optimistic. The risks of a supply shock linked to the disruption of production capacity in China have now been compounded by falling demand as people panic and increasingly decide to stay at home. The recent sharp market sell-off and the resulting tightening in financial conditions have forced the Fed to take pre-emptive action to reassure the market. However, the biggest rate cut in more than a decade and encouraging words from Jerome Powell, Fed Chairman, did not calm financial markets this time. Investors dumped risky assets in search of safe havens, leading the 10-year and 30-year yields to record lows. Despite the Fed action, the market is pricing in another large cut for the next scheduled meeting on 17/18 March, which would lead to an even faster cut of 1% than we saw in October 2008 after the failure of Lehman Brothers. For now, cash is king and liquidity drives markets. The current uncertainty makes it hard to answer the question: for how long? 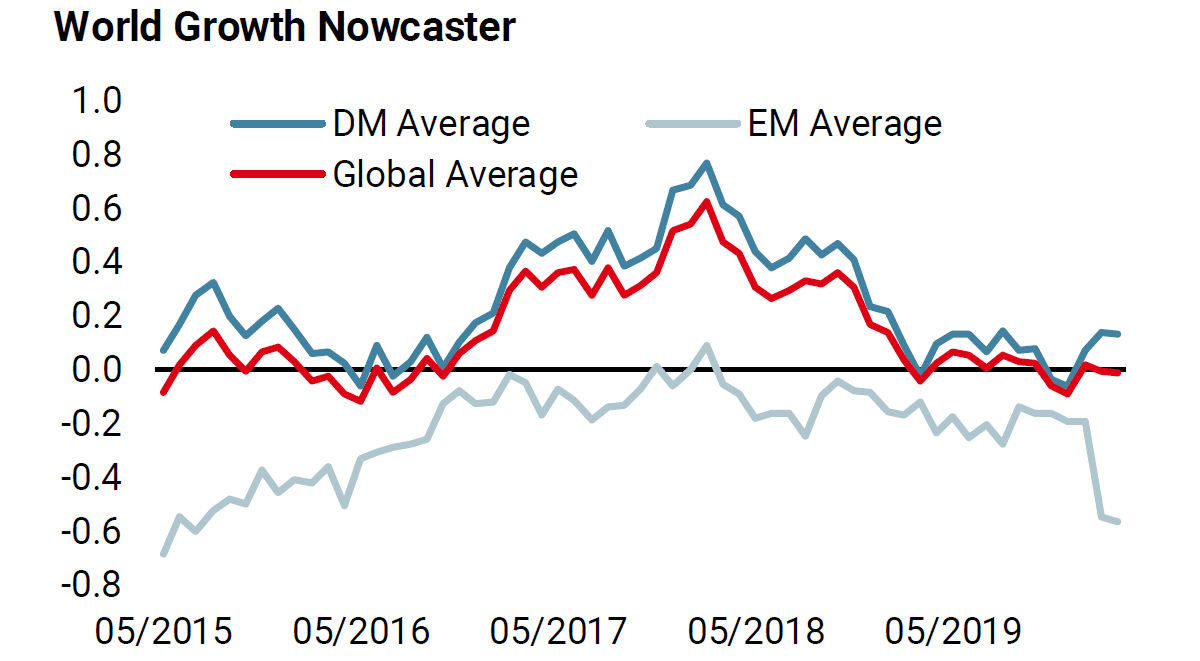 This Time It's Different: A Blend Of Demand And Supply Shock

In contrast to the recessions of 2001 and 2008, which were mainly driven by a demand shortfall, the challenges posed by COVID-19 imply a blend of demand and supply shock. The importance of China in global trade, including as a key exporter of intermediate inputs, means disruption to its economy will be felt across global supply chains. Even though China is slowly and steadily bouncing back, Chinese production will face supply issues from disruptions in other countries. In a highly intertwined and interconnected economy, in which production often depends on globally sourced individual components, and companies use just-in-time production to optimise the deployment of capital, one unfulfilled order may end up having a domino effect all the way down the supply chain. The result is bottlenecks in production, pushing up delivery times and forcing many companies to run down inventories. Fiscal stimulus, such as tax rebates, can try to pump more money into people’s pockets directly, but money alone will not put goods on empty store shelves.

The first reaction of the market was to assume that this was only a short-term disruption concentrated in Asia, with economies set to recover in a V-shaped manner once China came back to work after an extended New Year break. But this has now changed as economists start to focus on the demand side. Here, central bankers are the natural first-responders, but this time the nature of the shock could make a broad-brush monetary response less effective/ineffective. While lower borrowing costs can help give households greater spending power, that aid is limited if millions are shut up at home due to anti-virus measures – or simply because of fears of catching the disease. 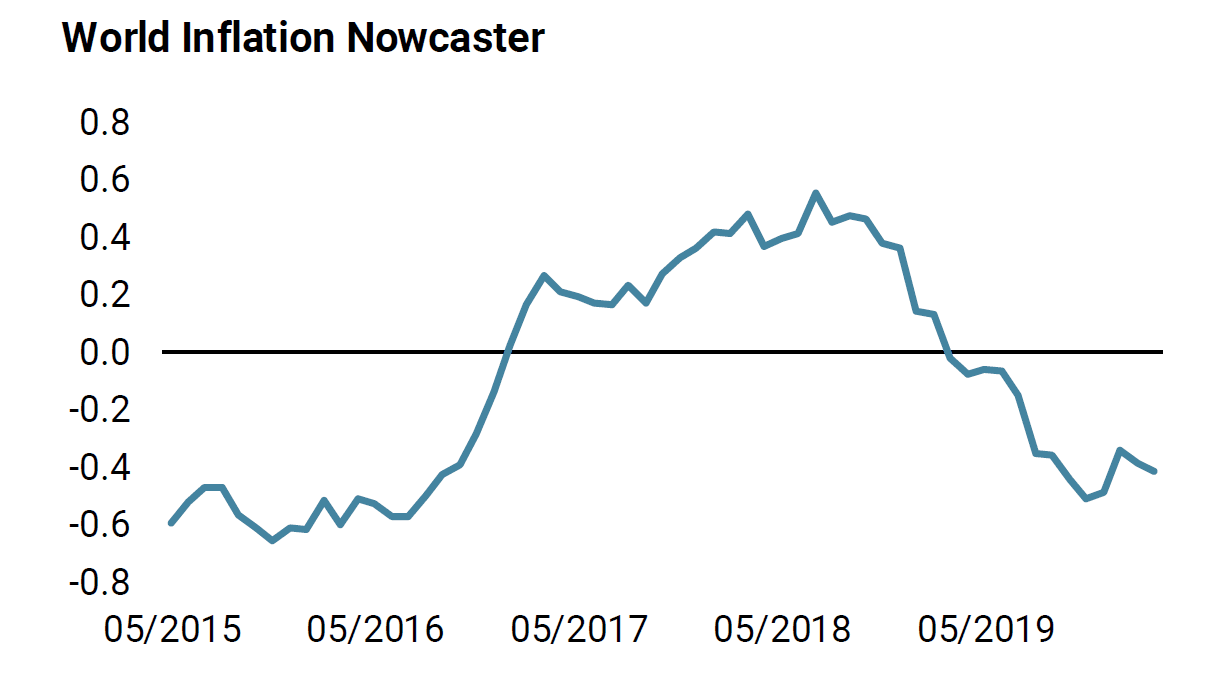 China has been the epicentre of the viral outbreak and the economic impact, but its equity markets are now back up, close to the highs of the year. The reasoning of investors is evident – it is a combination of an aggressive monetary response from the PBOC with targeted liquidity for affected companies, expectations of massive fiscal stimulus and a consequent response from the government at all levels to fight the virus. Beijing has moved to shift the international narrative on its role in the Coronavirus outbreak to promote the success of its control measures. However, it is important to note that China’s apparent success, led by massive lockdowns and electronic surveillance measures imposed by an authoritarian government, are not possible in democratic countries. In contrast, in the western world, many of the responses to the virus have so far been centred around monetary stimulus.

Even though markets expect much more stimulus from many countries around the globe, we do not expect that more dovish central banks will be a cure because most of the rate cuts have already happened via the declines in bond and note yields. To put the move into perspective: The US treasury market posted its best daily return last Wednesday since 2009, leading to new all-time lows on the 10-year and 30-year yields. In Europe, German yields also closed at record lows, while investors in Austria’s 100-year bond are getting only 0.48% for the right to park money until 2117. It is obvious that this time, further, already anticipated rate cuts alone will not contain economic damage – it has to be a part of a more comprehensive package as China has exemplified.

Governments in Europe are undecided and a US Congress, divided along partisan lines while a president seeks re-election, has been slow to react. Even the president himself has been downplaying the risk of the virus. At the time of the outbreak,  were also complacent on the risks for the global economy, but over recent days, fixed income markets and commodities have started to price in a decent chance of a global recession. 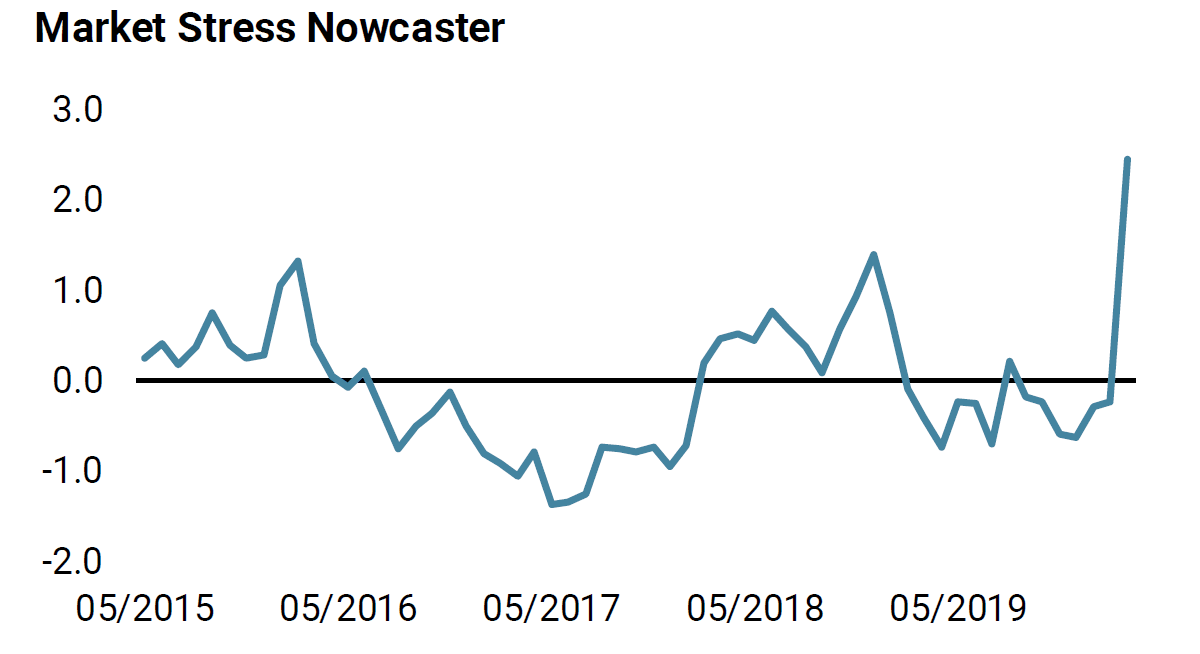 The longest expansion in history, combined with accommodative central banks and greedy investors chasing yield, led to very tight spreads in the corporate credit market at the same time as corporate debt-to-GDP reached unprecedented levels. The number of companies with heavy debt loads and not enough earnings to cover their interest payments has been steadily increasing and credit quality has been broadly eroding. The current situation raises questions about credit and funding markets. The supply-chain disruptions and the demand shock is causing cash flow problems for many businesses, particularly smaller companies and those belonging to sectors most affected by the crisis, e.g. travel, transportation, leisure and lodging. The Fed is aware that the longer it takes to contain these spillovers, the larger the credit downgrades, the higher the threats of default and the greater the likelihood of  contaminating the economy. Investors are waking up to these risks and have effectively pushed credit spreads back to December 2018 levels, reflecting the sensitivity of credit to recession fears and to stretched positioning.

It is difficult to assess whether the price change is proportional to the worsening of fundamentals. Currently, we notice that the economic impacts are starting to derail the economy and they will only grow in the near future. That will bring a sense of panic, especially as it is the first global crisis in the social media age. The most difficult thing in the next weeks will be to avoid acting out of panic. The risk comes from looking to the market for advice instead of looking for opportunities.

A collective turn from greed to fear is appearing in capital markets, catalysing a spike in risk premiums. Given the current lack of visibility and liquidity, the next stage of this period of market weakness could lead to further unwinds in the excesses driven by an epic reach for yield over the last decade. Credit markets could be in the eye of the storm, all the more as low-rated US corporate borrowers are also suffering from oil prices crashing. As protection via option strategies has become too expensive with the very high volatilities, and bonds alone cannot defend a diversified portfolio, we believe increasing cash allocations is the best way to protect the portfolio in the near future. In the land of uncertainty, cash is king.