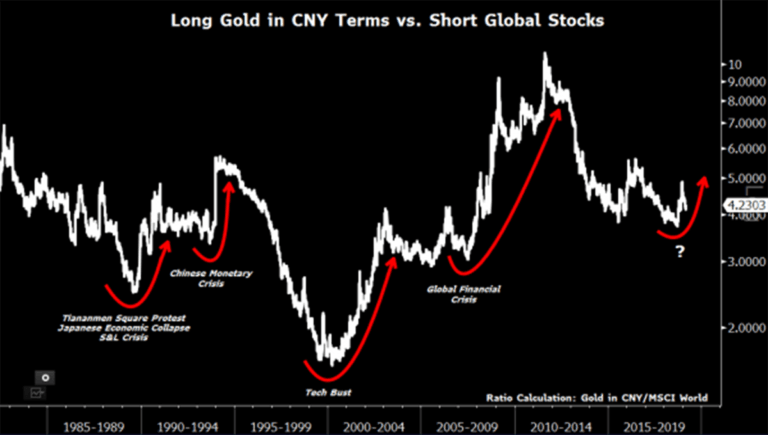 The following is an excerpt of ValueWalk’s interview with Kevin Smith, CFA, Founder, CEO, and CIO and Tavi Costa, Partner and Portfolio Manager at Crescat Capital. Here, Tavi discusses their top macro trade which was buying gold in Renminbi terms. 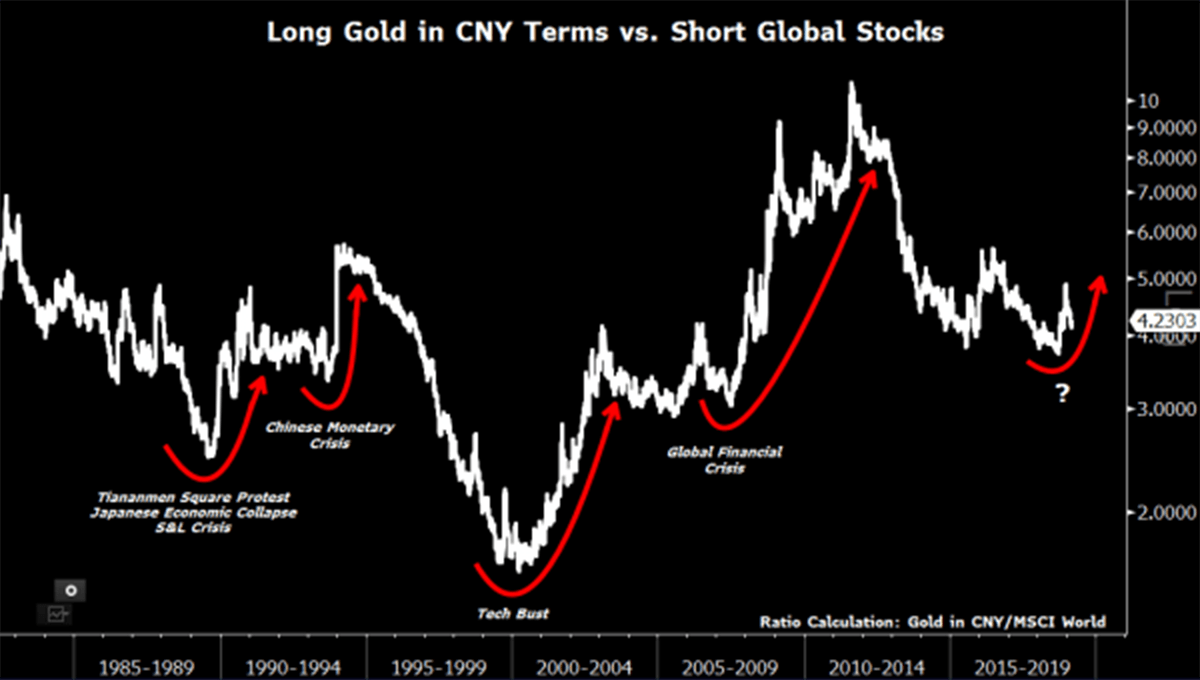 Tavi Costa: Happy to, I can probably do that one. So, you know, the macro trade of the century really started by looking at, again, what is at the centre of most of the imbalances that we see in the world today. And what we found is that China really was a problem. It was if you step back, you know, we had a, China was responsible for 60% of the global growth in GDP terms since '08, and China has really built the 300% of their banking assets relative to GDP.

It's a 400%, normalised growth in banking assets. You know, we've had a real estate bubble in China and infrastructure, almost a bubble in China in general. And from there, we started looking at other places like Canada and Australia and finding issues in their banking systems because of the outflows that capital outflows from Chinese debt from the Chinese economy.

They're really exacerbating the real estate market in those places, and also Hong Kong. So that's really the start. That was really the credit imbalance that we've that we've found overall. And when you look back in history of how to really protect yourself from a credit bust, from emerging markets, in general, especially emerging markets, is that what you find is that sometimes the equity markets can actually rise as long as you have the crisis, especially local currency turns in and that's mostly because of an inflationary bust sort of scenario. Sometimes you have the currency crashing completely.

And that peg was was just going to break at some point. It really did was what we call the macro trade of the year was buying gold in Renminbi terms. But now when you look at that relative to record over value stocks, especially in the US, and one way we find it just to represent in a chart, and this comes more from me of looking for a way of simplifying the idea and putting on a chart, and that's really where the macro trade centric kind of came about.

And looking at the you know, just gold in Renminbi terms relative to MSCI world, which is not even the most expensive index in the world today in terms of equities. And when you look at that, you can see that there's, you know, that ratio tends to rise. Not when he will not what not just when you see turmoils globally, but when you also see turmoils in China, like you had in the early 90s.

And especially in 93-94, when when China devalue its currency by one third. But in one day, not necessarily what we think it's going to happen in one day. But as we think that China it will be the consequences of all this of all this debt build up that China has really has over the years. So I think that's really how the macro trade of the century came about. And the idea is not just laying that out, but in our view is to search for most of symmetric bets that we can find in terms of that.

Is silver in Renminbi terms, is it just maybe perhaps, buying gold in Hong Kong dollar? Which is a currency that is also linked to China. Or instead of just shorting MSCI world? What are the most expensive stocks in the world today? Can we use our models to find those those stocks? Can we use our model Find the most expensive industries in the world today? What about those Canadian and Australian banks and Hong Kong banks or Chinese ADRs?

Anyways, that goes on that list goes on. So that's really, that kind of laid out the foundation of the idea itself. But the way we positioned that is a little bit more complex than that, I would say.