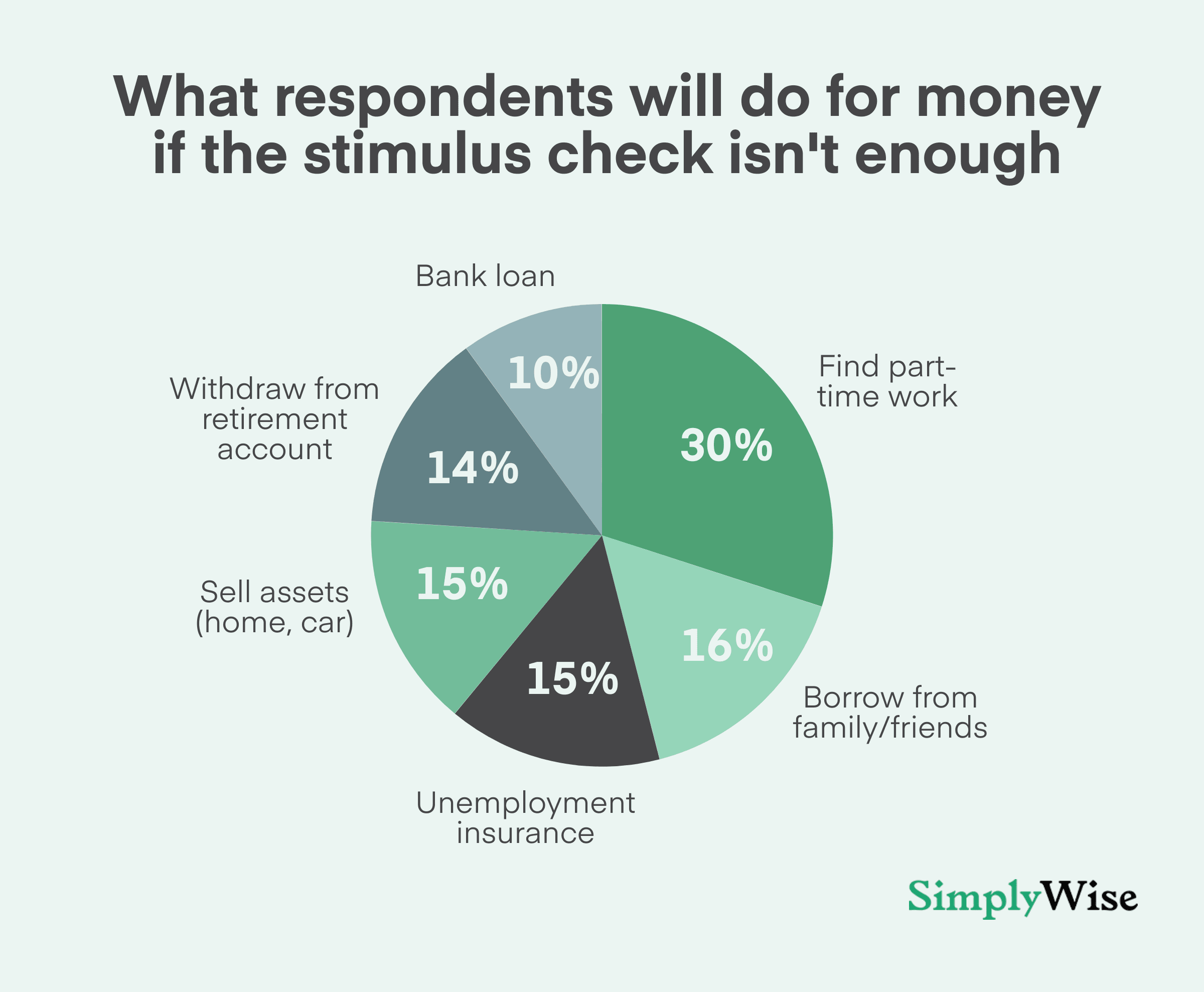 Forecasters are expecting millions more jobs to be lost as businesses shutter due to the pandemic. Goldman Sachs’ latest report predicts the economic slump to be even worse than previously anticipated, and believes unemployment could rise to 15% by mid-year. In fact, as announced last week right before a bill was voted on which will send stimulus checks to Americans, a record 3.3 million citizens recently filed unemployment claims, shattering the previous all-time high of 695,000 claims in 1982. Of course, the $2 trillion stimulus package passed through the CARES Act on March 27 will give direct cash payments to the millions of Americans, businesses, and local governments who have been impacted by the virus. The relief bill - which provides up to $1,200 for individuals, $2,400 for married couples, and $500 per child - was meant to give some hope to citizens and the economy.

The unemployment statistics are grim - but a new survey from SimplyWise, conducted March 26 through 28, found an even darker picture of the days ahead, in the eyes of U.S. citizens. The study found that a full 40 percent of Americans have had their income reduced or lost by the coronavirus. Forty three percent of those who lost their jobs due to the virus are not confident they will be employed within the next three months. And for those still employed, 11 percent now consider their job “at risk.”

Given the unemployment uncertainty, it’s no wonder that while the checks haven’t yet been printed, a reported 63 percent of Americans believe they will need another stimulus check within three months. Moreover, 15 percent said they would need another check in just two weeks.

But until those checks arrive, people need resources today. A majority of survey respondents - 30 percent - reported they would look for part-time work to fill the gaps in their budget. In fact, despite the layoffs and furloughs, a number of companies are hiring now, particularly for temporary and part-time workers. These include CVS, Walmart, and Dollar Tree, who are bringing on tens of thousands of workers to help meet the demand the crisis has caused for their goods. Also, states like New Jersey and Los Angeles have created job portals that list work opportunities for anyone unemployed or underemployed due to Covid-19.

Slowdown In The Housing Market

Sixteen percent of those surveyed plan to borrow from a family member or a friend, while 10 percent said they would go to the bank for a loan. Fifteen percent reported they will sell assets, including a home or car - though economists expect to see a slowdown in the housing market. Another 15 percent or survey respondents are planning to apply for unemployment insurance.

With or without another stimulus check

Of course, there is not yet an answer on whether there will be another stimulus check. As things continue to change day by day, it is important to stay educated about new policies as they emerge to understand how they can benefit you, and your business. As of today, the virus is uneven in its impact on the different corners of our country, markets, and communities. Amid the uncertainty, staying informed, aware, and empathetic is paramount to making it through the crisis and keeping our financial planning - and our lives - on track.