It’s been about two months since the world first heard about the coronavirus. The deadly virus had brought many parts of China to a standstill, including suspension of economic activities. However, after weeks of self (and forced) quarantine due to coronavirus, people in China are now starting to get back to work, but slowly.

Several data points are available, suggesting resumption of work in China. These data points are important not just for China, but for other countries as well that depend on China for imports and exports. Moreover, these data points could also help in evaluating how long it could take for things to get back to normal.

As per the data from search engine Baidu’s Migration Index, more than a third of people in the tier-1 cities, such as Shanghai, have returned to work. Though many cities still have travel restrictions, major urban hubs outside of Wuhan seem to be gaining control in restricting the spread of the virus. 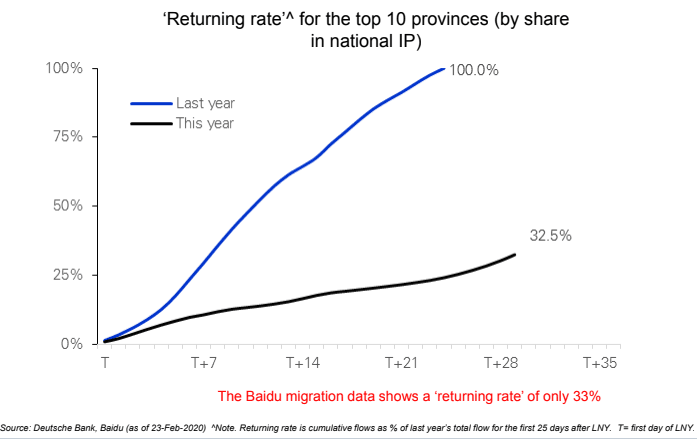 Deutsche Bank, in its research report dated February 25, has also shared data points highlighting efforts by people to get things back to normal. The bank also elaborated on the Baidu Migration Index, detailing the province wise return rate. 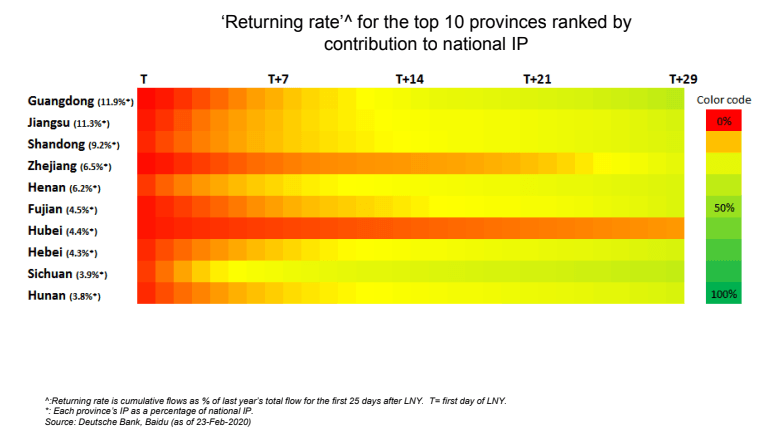 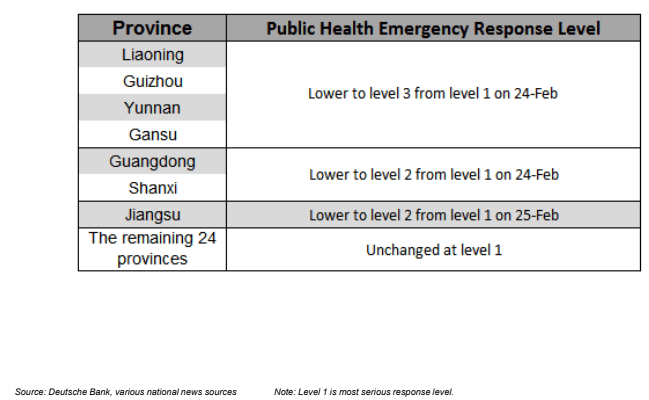 Talking of companies, they are also starting to resume operations. However, in comparison to SMEs, large corporations are resuming operations more quickly, the report notes. Earlier this week, Chinese authorities informed that the majority of the large companies in key eastern provinces had started production, but that only 30% of the small and medium-sized businesses have resumed operations. 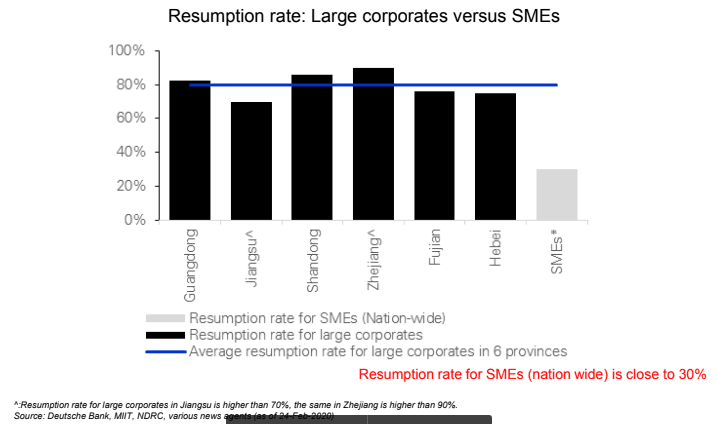 Deutsche Bank has also listed a few more indicators of things slowly going back to normal, such as congestion index of 15 major industrial cities. Though this indicator is well below the four-year average, it is showing signs of recovery. 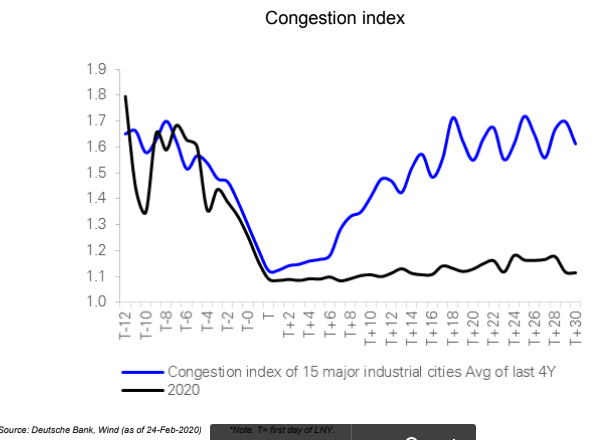 Another indicator is the daily coal consumption at major power plants. Again the consumption is below the last three years average, but is climbing. 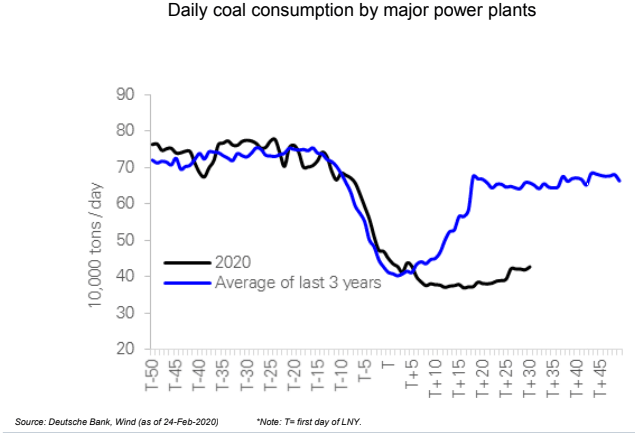 Support to bring back migrant workers

Last week, Chinese president, Xi Jinping told the media that China needs to get back to work. The president said that about half of China has not reported any coronavirus cases, and that low risk areas should “resume full production and normal life.”

Taking a hint from the president’s comments, Chinese authorities have also introduced a slew of measures to help people return back to work. For instance, planes, trains and buses have been deployed to take people back to workplaces. Shanghai and Beijing are using special shuttle buses to bring workers back from the countryside.

Two city governments even paid for a charter flight to take 170 workers from Hanzhong to Yiwu, which is a trading hub. Also, Taizhou announced that it would reimburse all the expenses that the companies would spend on hiring buses and fast trains, notes a report from Financial Times.

Along with the authorities, a few factories are reportedly offering bonuses to the employees to return to work. China needs such measures because migrant workers constitute a significant portion of its total labor force. As per the 2019 data from the National Bureau of Statistics of China, the country has about 291 million migrant workers, which is more than one-third of its 775 million total labor force.

These latest measures from Chinese authorities come at a time when stock markets around the globe are feeling the pressure, partly over fears of the economic impact of the outbreak. Several major multinationals have already warned about supply chain disruptions due to the virus.

Along with the measures from local authorities in China to bring people back to work, governments have also taken fiscal and policy measures to bring the faltering economy back on track. The Chinese central bank, along with other financial regulators, has rolled out several measures to support companies, especially small and micro enterprises in the manufacturing sector, that have been hit hard by the outbreak.

Some of the policy measures include increasing the issue of local government special bonds, cutting and postponing taxes and easing complexities in monetary policymaking. Further, the central bank has also made available Rmb300bn in special central bank lending to big and selected banks in Huawei and other regions hit by the virus. Also, funds are being made available at preferential interest rates to those manufacturing essential medical supplies and daily necessities.