ValueWalk
Home Business Guides Just in Time: How to Capitalize on Hidden Opportunities 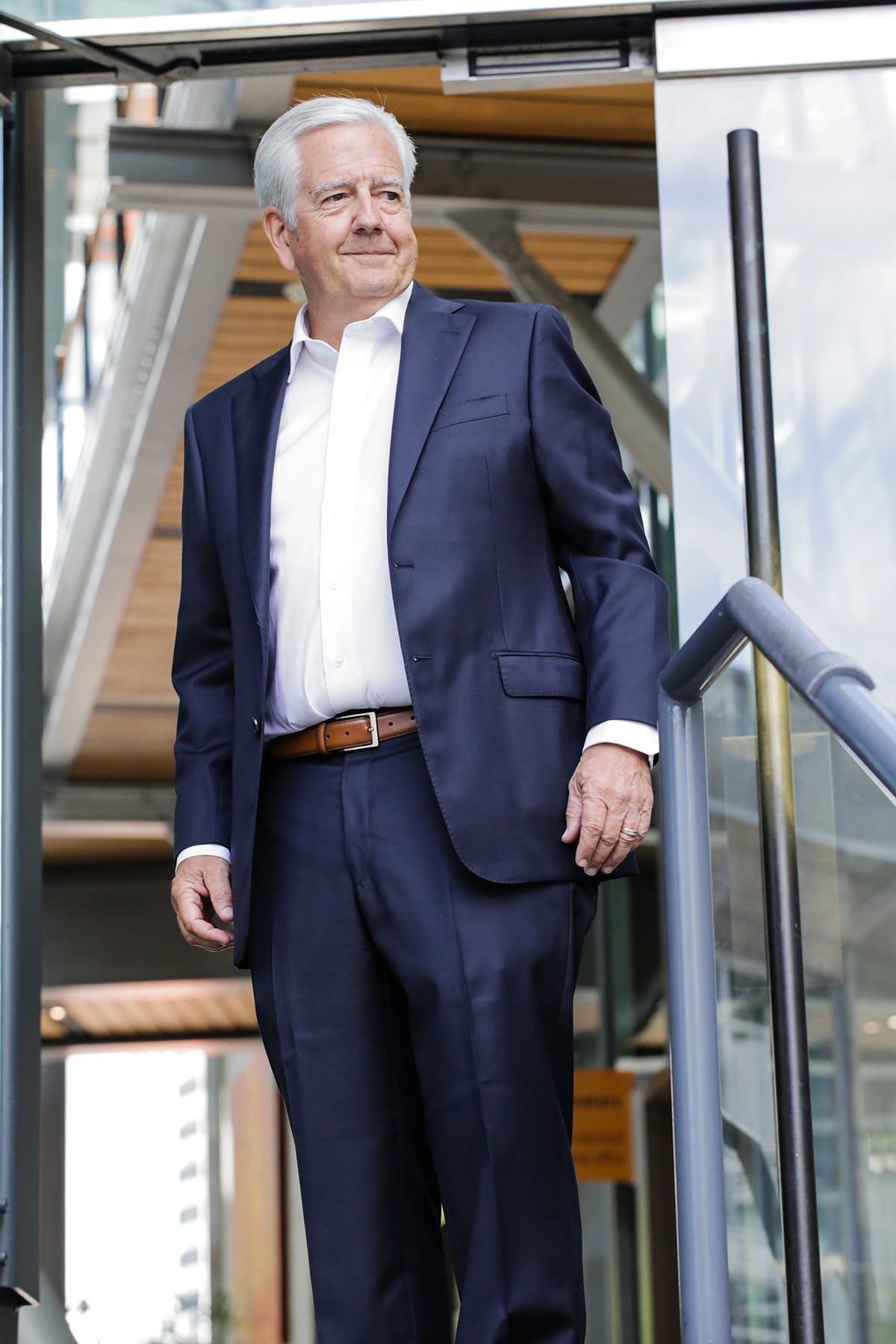 What if I told you that right now, there are a significant amount of opportunities to improve operations in your company, whether it is a small start-up or Fortune 500?

Every day, if you are looking and asking the right questions, the opportunities are there, right in front of you. However, they are often hidden to the untrained eye and easily passed over by many.  While this is especially true in today’s technology fields, it is just as applicable in manufacturing, social entrepreneurial circles, and finance.

So, what are the right questions?

I believe it starts by asking, “Why?”

“Why is this process still being used when it’s dated and not producing results?”

“Why haven’t we let that employee go after he’s lost us money countless times and isn’t willing to make changes?”

“Why have we reached a plateau?”

Let’s take a look at an example of what happens when you ask the right “why” questions and capitalize on the opportunity in front of you.  The result was a multi-million-dollar new company that not only saved an excellent Fortune 500 firm millions of dollars every year, but also saved many of their valued suppliers millions annually.

PACCAR is a sizable US-based truck manufacturer with global operations.  They are a tremendously successful company with exceptional management at every level and are a Fortune 500 firm held in very high regard.  At the time of this story, their CEO was rated in the top 10 of the Fortune 500.  In contrast, I was part owner of a small company that happened to have a location near one of PACCAR’s Kenworth truck manufacturing facilities in Seattle, Washington.

Our company sold truck tires and services to the largest fleets in our area.  At the time, PACCAR bought tires direct from the manufacturers such as Michelin and Bridgestone, as all the trucks were built per the specifications of the buyer.  In other words, they did not buy tires from a company like ours.  Granted, it was a pretty specific situation they had going on: there are over 500 different tires that can be ordered for a Kenworth truck, and over 300 different wheels!

While they usually didn’t buy tires from us, we did have the workings of a relationship with that Kenworth factory.  When they needed a specialty tire mounted on a special wheel with multiple rings on it—usually for a truck to be used in off-road oilfield work or the desert – they would call our dispatch office and schedule one of our qualified service reps to do the work.  However, they also occasionally did something else I thought was rather strange.  They would buy a tire from us, a single Michelin or Bridgestone truck tire, and have it delivered immediately.  Then, a week or so later, they would return the tire for a credit.

One day, I asked our dispatch office why they kept borrowing tires from us.  I was told they didn’t know, but dispatch said it happened at least a few times per month.  I asked them to get me an appointment with whoever at the factory handled these orders and returns so I could sort out the “borrowing a tire for a week” situation.

A week later, I had my visit with the Kenworth truck plant in Seattle.  I was greeted by a young man who was incredibly proud to show me the “system” they had put in place to streamline the 400 or more tires and wheels that came in every day, which included an assembly line to install them on the trucks two days after they were received.  What I saw was something very different from what I was being shown.  Instead of a complete “system,” I saw an implementation that was lacking the involvement and inputs from valued suppliers or stakeholders, as well as a massive additional expense!

This new “system” implemented by the plant required the suppliers to triple ship and handle the tires, banding and labeling them and a host of other steps that were simply unnecessary.  Not to mention we already knew there were errors in the system as they had to borrow a tire regularly, but here’s the kicker: that error was only discovered in the last few hours before the tires and wheels had to be mounted on the new truck.  The tires were received from suppliers in stacks of ten, and every so often, one of the ten was wrong.

Our small company operated several truck tire retreading plants in Washington and Alaska, and we had been studying Dr. W Edward Deming’s methods surrounding the optimization of a system for our own use.  I had the pleasure of attending a Deming seminar for five days when he was 93 years old.  It was tremendously eye-opening and valuable to me.  I think anyone, no matter what industry you’re in, would greatly benefit from the teachings and systems introduced by Deming.  His knowledge and wisdom are invaluable in a quest to see more opportunities in both your organization and personal life.

So, because of the methods I had been studying, I knew to ask my dispatch office the right question: “Why are they borrowing tires from us in the first place?”  After I made that initial visit to the Kenworth plant, my partner and I founded JIT Inc.

At JIT, we received all Kenworth’s inventory of tires and wheels, mounted them, and delivered to the factory “just in time”—the same day the truck was ready to come off the assembly line.  With our help, they were able to get out about 70 trucks a day.  JIT took a couple of years of in-depth planning, closely working with corporate Kenworth staff (PACCAR), and a lot of research and work.  It also took time working with the other suppliers, who also had a vested interest in lowering costs and increasing efficiencies.  From the day we opened, and for the entire 12 years we ran the company—with volumes rising to over 700 tires and wheels a day—we never once had an error in any delivery.

We operated JIT for about 12 years and had planned to take it global to the Netherlands, Australia, and all PACCAR facilities.  However, JIT Inc was purchased by Alcoa prior to our expanding.

Back to PACCAR, though. PACCAR had brilliant people in all levels of the organization, exceptional leadership, and were global leaders in innovation and improvements.  So, how could a company that brilliant miss seeing this opportunity?  How did they end up spending so much money building a system that caused increased costs to their suppliers, created errors, and added additional expenses in requisitions and returns?  How could a guy like me just walk in and see what was there to be seen by so many, but still completely missed?

It happens every day, in every company.  Something is always there to be improved upon, yet goes unrecognized.  PACCAR knew there was a problem, but nobody saw a solution until I walked in for a short visit.  And why did all the suppliers fail to see there was a better way when they were forced to significantly increase their costs to comply with the new, inefficient demands?  They didn’t ask the right questions.

So, how can you learn from these stories?  Well, the first step is to educate your staff about asking the right questions.  Teach them to question why things are done the way they are, and to take note of what might be able to be improved.  It’s important to make sure every level of employee realizes their input is of value, and they should never fear offering suggestions.  Leaders need to ask why and train all their staff to do the same.  Lastly, don’t leave out suppliers and stakeholders, or even competitors!  It will likely be of benefit to you to see what their input might be.  Not only did we save PACCAR millions of dollars annually, but we did the same for their suppliers.  We made a very nice profit for ourselves simply by asking why and following up on the answers.

It’s your turn to ask the right questions and capitalize on those opportunities in 2020—you never know where you might end up because of it!

Kim Lorenz is an author, entrepreneur, and visionary who founded two companies starting at age 26 with zero backing, then sold both to Fortune 500 companies before he was 47. Kim cuts through the noise of becoming a tech millionaire and demonstrates the work it takes to build multi-million-dollar industrial-strength companies. Kim is the author of Tireless and lives in Seattle where he enjoys yachting and philanthropic work in Africa.