ValueWalk
Home Info-Graphs Google Needs To Develop Its Own Adblocker: Here Is Why 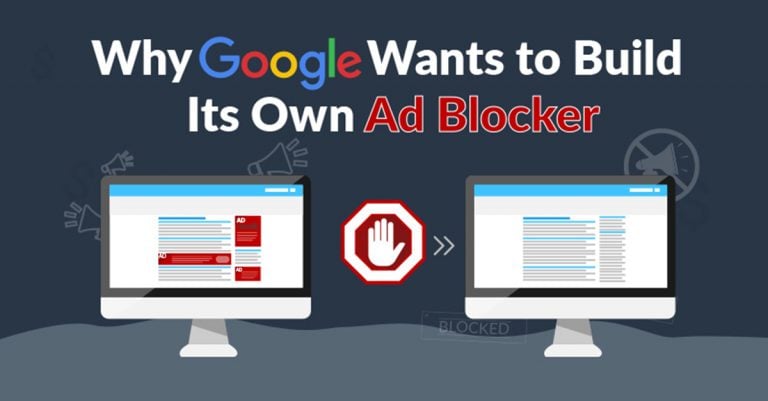 While Google makes 90% of its money from online advertising, what made them to building their own adblocker?

Apparently, it seems that they didn’t have another choice!

To know how Google has got to this point, you need to delve into the political history of adblocking. Let’s dive…

Rumours have it that Google paid Adblocker Plus, one of the famous adblocker out there, amount of $25 million to allow its ads to go through.

The use of Adblocker is on the rise, and it is a decision taken by the user to install Adblock or Adblock Plus to their browser to block all that unnecessary, annoying ads. Google cannot force them to disable or uninstall the Adblocker. Doing so would make users switch to another browser (Mozilla Firefox and Safari), which is more harmful than losing out revenue.

Moreover, while Google's Chrome browser is one of the massively popular browsers out there, there's fierce competition from Asian browsers, which have additional built-in adblockers along with them.

Technically, Adblock Plus doesn't block all ads, but charges companies like Google and YouTube to allow some ads to go through their filter, which is a process called whitelisting. It clearly means that Google is losing its control over part of its advertising business. It's not just Google, but the whole ad industry is losing their mind over this concept of paid whitelisting, and Axel Springer's Bild Tabloid described it as "blackmail."

Adblocker: Google wants to take control of what's getting blocked

In 2015, Adblock was sold to an unknown buyer. As the new owner of Adblock still remains a mystery rumours have it that it was bought by none other than Google.

There are some networks that are coming up with a new solution for websites to allow advertising on their site, even when Adblocker is enabled. And the number of ads would be minimal without disrupting the user experience.

Here comes the interesting part: the ads displaying will only be from Google Adsense/ADX.

This way, Google can take control of the ads that show up on the website without further annoying the users.

And yes, ads can be interruptive, annoying, use up all your mobile data and play automatically, not just the video part but that unexpected loud audio too. The entire ad industry is fully aware of this, and they formed something called Coalition for Better Ads to try and make their advertising efforts better.

The coalition has already banned some types of ads, which lead to a poor unsatisfied user experience like pop-ups and videos, which autoplay with sound. It means, Google's Adblocker won't block ads from anyone who meets the coalition standards, and this avoids the paid whitelisting problem.

Here’s an interesting infographic created by TechWyse, an SEO agency in Toronto, you can be clear of all your doubts on why Google wants to build its own Adblocker.

Keerthana is a social media Analyst at Techwyse. She is passionate about finding new trends in technology and making them into blogs. When she is not working for the clients, you can find her listening to her favourite music tracks.