ValueWalk
Home Business Guides From the electrophone to wireless earbuds: The history headphones 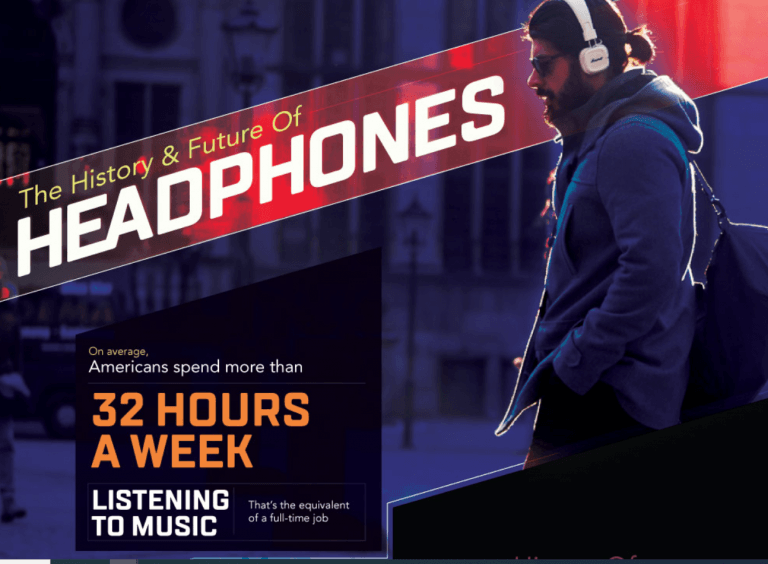 If you see someone with wireless earbuds on, it is understood that they are signaling they don’t want to be bothered. Sometimes it is a woman wearing headphones in a public space to feel more safe or sometimes it is a person in an office with no walls trying to find a way to concentrate and block out distractions. While many of us are using headphones to avoid each other these days, the history of headphones spans more than a hundred years, and they have been used for many different purposes along the way.

Before headphones had the over-the-head design we are familiar with today, the earliest device we would recognize as headphones was used to listen to a subscription-based music streaming service that streamed over the phone lines in Britain in 1895. Over the head headphones came just fifteen years after that and were made in a man’s kitchen and sold exclusively to the United States Navy.

The era before wireless earbuds

As uses for headphones changed, so did the headphones. Listening to music on headphones didn’t really become a thing until the late 1950s, and over the next 20 years headphones got lighter and smaller and eventually were part of the portable music revolution.

This downsizing of headphones continued into the MP3 era, with earbuds eventually becoming the norm and all but phasing out larger and bulkier headphones. But those larger headphones still had a place among DJs, and they eventually made their way back for the portable listening power of MP3 players, laptops, and more.

Although bluetooth technology came along at the turn of the century, it would be almost two decades before this technology was applied to wireless earbuds. It still remains to be seen how long the wireless earbuds will be in use, however, as their ability to hold a charge only seems to last around a year and a half, rendering them effectively useless after about two years.

Today, more than half of people use headphones at work. They say that music helps them to remain focused, especially in open-floorplan offices where walls are lacking and distractions are the norm. 46% of people report they wear headphones to avoid conversations, while others say listening to music reduces their stress and makes mundane tasks more bearable.

What will the future hold for the technology of headphones? There are some interesting designs on the horizon to be sure. Learn more about the past, present, and future of headphones below!