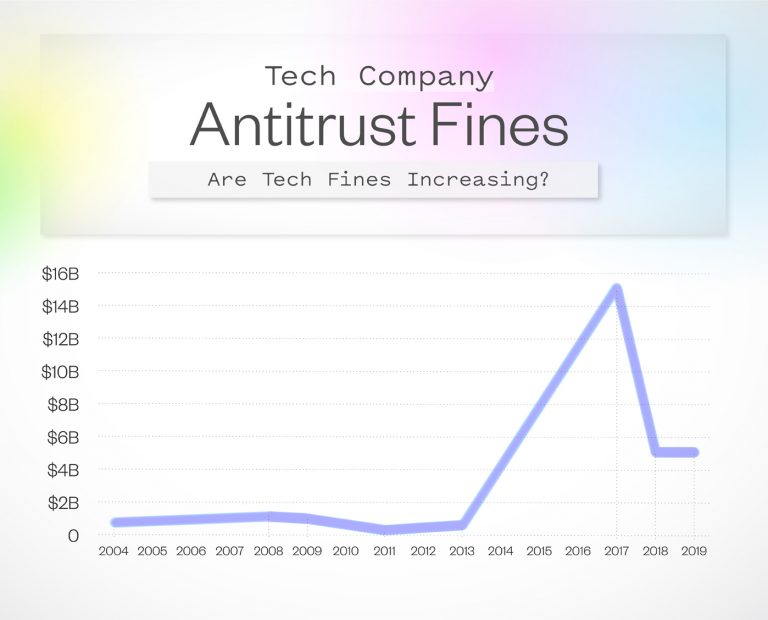 It seems we could be on the brink of big changes in the tech world. US Senator and Democrat Presidential candidate, Elizabeth Warren, has laid down the gauntlet by declaring that she will go beyond simple antitrust fines and ‘break up big tech’ should she win the next election.

This comes following announcements of a number of US investigations into the business practices of some of the largest tech firms in Silicon Valley, including Facebook, Google and Apple. The Department of Justice, the Federal Trade Commission and a number of state attorney generals have all made moves to probe them over accusations of unfair competition.

But, the question remains, exactly how do you ‘break up’ some of the richest and most powerful companies in the world? Afterall, Big Tech has grown rapidly over the past decade right under the noses of the US government.

On August 2 2018, Apple became the world’s first $1 trillion company. Just fifteen years ago, Facebook barely even existed; today, it has 2.3 billion users and has built a social media empire including Instagram and WhatsApp. Google, meanwhile, is often hailed as ‘the most powerful company in the world’, with an average of 2 trillion searches carried out on its platform every day.

According to Warren and others calling for antitrust probes, this is too much. They think that this market dominance has too much control over the economy, the tech industry and us, the consumers. It is argued that they are purposely and unfairly stifling competition which restricts innovation, limits our choices and even monetises our private information.

Have antitrust fines been working?

Considering the rocket-speed rate of growth these companies have seen, it may seem surprising that so few antitrust questions have been asked by regulators in their own country.

However, Big Tech has been coming into hot water with Europe a lot in recent years. Research compiled by eCard Shack shows that in the last four years, some of the biggest antitrust fines levied by the EU and European Commission have been slapped on Big Tech.

But, whether these fines make a difference is another matter.

By comparing the amount of each fine with the annual turnover for the year, eCard Shack has revealed how most of the time, these financial penalties are just a drop in the ocean. In fact, 6 out of 8 of the antitrust fines were less than 5% of the annual turnover from the same year - with one being as low as 0.1%.

As shown in the infographic below, this study analysed the two biggest fines against Facebook, Google, Apple and Microsoft. The results are as follows:

While some of these fines seem hefty, when you consider the charges they were in response to, and the huge figures of revenue the company turns over every year, you could argue it’s not enough.

Take, for example, Facebook’s record breaking $5 billion fine from the FTC this year. You’re right to think that $5 billion is a lot of money - but, consider the fact that the company is set to make $66.5 billion revenue this year alone. Does it still seem a lot?

And, what did they receive this fine for? This penalty came following the highly controversial Cambridge Analytica scandal. This privacy violation affected over 50 million users and was even accused of helping influence election results.

Some of these antitrust violations are really serious. However, are these fines anything more than a slap on the wrist?

The second half of the infographic takes a look at whether these fines were reflected in any dip in revenue growth. For this, eCard Shack took an overview of each company’s yearly revenue over a ten year period. In most cases, where a fine took place, revenue still continued to increase.

Antitrust fines are surely an unwanted hit to the profit tech firms make. But, when their market dominance is so strong, you could question how much of a deterrent they actually are.

Are antitrust fines going to continue?

As eCard Shack’s research shows, the value of antitrust fines rocketed in 2016, with fines exceeding $1 billion being enforced on an annual basis thereafter.

However, it seems clear that fines alone aren’t enough to ‘break up’ these giants, as Elizabeth Warren hopes to do. Which is likely why the Senator is calling for new reforms to completely change the playing field, to give new entrepreneurs a fighting chance and consumers a real choice when it comes to data privacy.

Similarly, the European Commissioner for Competition, Margrethe Vestager, warned big tech companies that a fine might not be all they face for breaking antitrust regulations, in future.

The question is, can they ever really be stopped?