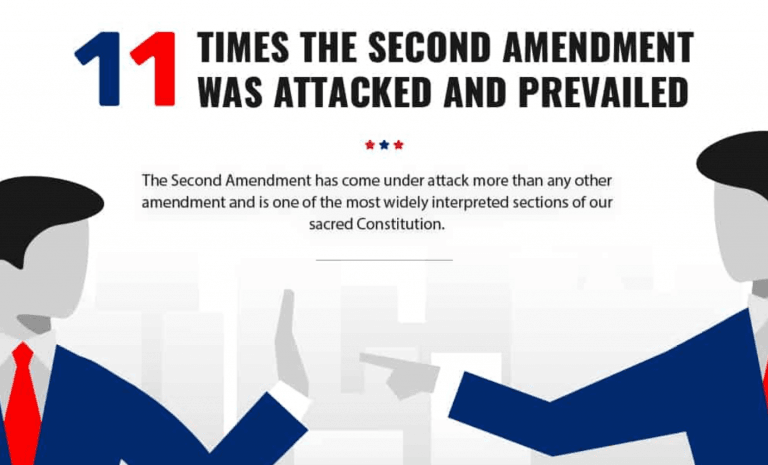 Among the most controversial amendments in the US is the Second Amendment. It has seen better days, but it still lives on. After the bill was implemented into law in 1791, the anti-gun activists tried fighting it with gun control measures but more than 200 years later, the Second Amendment still holds, and it is stronger today more than ever.

The Second Amendment provides Americans the right to ‘keep and bear’ arms.

How Did the Second Amendment Start?

The Second Amendment was proposed by James Madison after the ratification of the Constitution to allow more power to state militias (now called the National Guard). The proposal was taken as a compromise between federalists, who supported the ratification of the Constitution, and anti-Federalists, who proposed more power should go to the States. State militias had used guns to fight off colonizers. The amendment was created to give power to the citizens so they can protect themselves against an authoritarian government.

What is the meaning of the Second Amendment?

Since the ratification of the Constitution, Americans still struggle to understand the Second Amendment. Many people are vocal in their fight against the amendment; some want it scrapped off from the Constitution while others want it amended to stop gun violence. The 44th president of the US, Barack Obama, has been in the forefront fighting for stricter gun controls.

Both interpretations have been referenced in gun control debates. The National Rifle Association, among others supporting the amendment, argues that every citizen, and not just regulated militia, has a right to bear arms. Those in support of stricter gun control measures, like Barack Obama, argue that the amendment should not give leeway for anyone to bear a weapon.

Some states have enacted into law stricter gun control measures. California requires thorough background checks to be conducted before anyone buys a firearm. Most other states are joining suit especially with the rise of gun violence cases.

Over the years, a lot of anti-gun activists have tried challenging the amendment. However, the American still holds strong. The court of public opinion has debated the case for a long time. However, it is the Supreme Court that holds the final say. So far, the Supreme Court has been mum or has not said enough, on the Second Amendment.

Most of the cases that the Supreme Court has ruled showed that states were not restricted by the Constitution to set their gun control laws. There is an increase in gun violence cases. These gun violence cases have, in turn, led to a heated gun control debate. The number of states creating gun control laws is also on the rise. Even better, anti-gun activists are now more vocal. However, the Second Amendment still holds its ground.

With this infographic from Minute Man Review we take a look at 11 times the Second Amendment was attacked and prevailed.