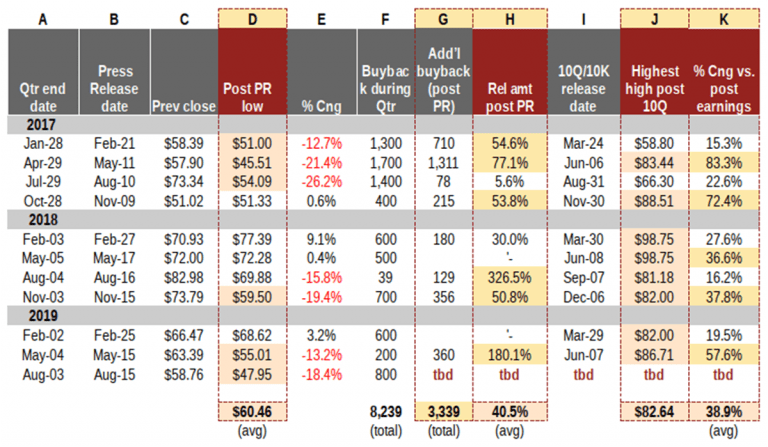 After announcing quarterly results in an August press release, Dillard’s, Inc. (NYSE:DDS) is set to file its 10Q with the SEC next week. Any revelation of additional share repurchases could lead to a significant squeeze in the heavily shorted stock.  Dillard’s ongoing share buyback has shrunk the share count by more than 50% with the effect that short interest now hovers at over 80% of remaining float. In July, the shares squeezed from $63 to $81 in a single day, and the stock has been subject to similar high flying squeezes over the past two years.

Following that dismal August press release, Richard Pearson of Moxreports published a report indicating that the company was likely using the share price weakness to accelerate its share repurchases shares.  Pearson, who is long Dillard’s, highlights nearly identical buyback patterns by DDS over the past two years, where the share price briefly plunged due to initial press releases, but then soared to the $80s or $90s once the 10Q was filed and revealed the aggressive purchases post the press release.