ValueWalk
Home Technology 2019 iPad vs 2018 iPad: How has Apple improved its tablet? 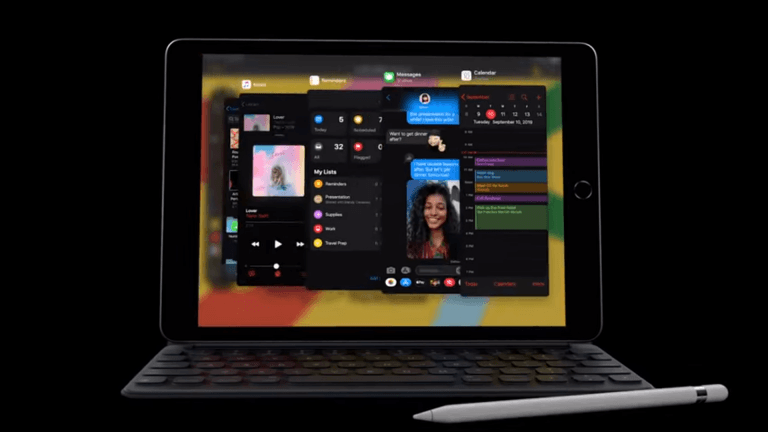 Along with the new iPhone 11 series and Apple Watch Series 5, the Cupertino company refreshed its entry-level iPad line with the launch of 7th-generation iPad. The new 10.2-inch iPad replaces last year’s 9.7-inch iPad. It brings support for the Smart Keyboard case and the first-gen Apple Pencil (the one with the ridiculous charging method). Let’s check out how the 2019 iPad stacks up against last year’s model, and what changes it brings. Though the 6th-gen model is no longer available on Apple’s online store, you can still get it at different offline and online retail stores.

The new model has the same thick bezels around the display and the same Touch ID fingerprint sensor for authentication and security. The 2019 iPad is made from 100% recycled aluminum. Both models are available in the same three color options of Gold, Silver, and Space Gray.

Both models have the same 8MP main camera with f/2.4 aperture and Live Photos feature. They are both capable of recording 1080p videos at 30fps. Both of them have a 1.2MP front camera for FaceTime calling.

Both tablets have the Lightning connector instead of USB-C, which is available on the iPad Pro. The new 7th-gen iPad gets a Smart Connector to support the Smart Keyboard case.

Surprisingly, the 2019 iPad runs the same years-old A10 Fusion chip that powers the 2018 iPad. Apple claims it brings “up to two times faster performance over the top-selling Windows PC.”

The top-selling Windows PC is probably a cheap Lenovo computer running Intel Celeron processor. Apple sure knows how to make even years-old chips sound amazing. To refresh your memory, the A10 Fusion is the same processor Apple introduced with the iPhone 7.

Apple didn’t reveal the amount of RAM in the 7th-gen iPad, but we know that the 6th-gen model packed 2GB RAM. The new model is expected to have the same amount of RAM. Both models are available in 32GB and 128GB of storage options. Apple doesn’t support external storage on its tablets.

Both the 7th-gen and 6th-gen iPads feature Bluetooth 4.2 technology and 4G LTE connectivity. Apple claims the new model offers up to 10 hours of battery life with mixed use. The 7th-gen iPad has larger dimensions, so it could feature a slightly bigger battery than the 2018 iPad’s 8,827mAh. Apple doesn’t state the battery capacity of its devices.

In terms of software, they are both compatible with Apple’s iPadOS, a new operating system optimized for tablets. It brings a bunch of new features to close the gap between tablets and laptops. It features an updated Split View, new layouts for many apps, a new Slide Over feature to switch between open apps, a redesigned Home screen, Today View, and a revamped Files app.

The 7th-gen model supports the Smart Keyboard case, which costs $159 in the US. It also works with Bluetooth keyboards. Apple is also giving a one-year free subscription of Apple TV+ streaming service to new iPad buyers.

Remember that you have to buy the Apple Pencil and Smart Keyboard case separately, which would further increase the cost. The 6th-gen iPad has been around for quite a while. You can pick it up at a much lower price at online retailers.

If you own the 6th-gen iPad, the 2019 model doesn’t offer enough new features to justify an upgrade. If you are in the market for a new entry-level iPad, go for the 10.2-inch model because it has a slightly bigger screen and support for the Smart Keyboard case.