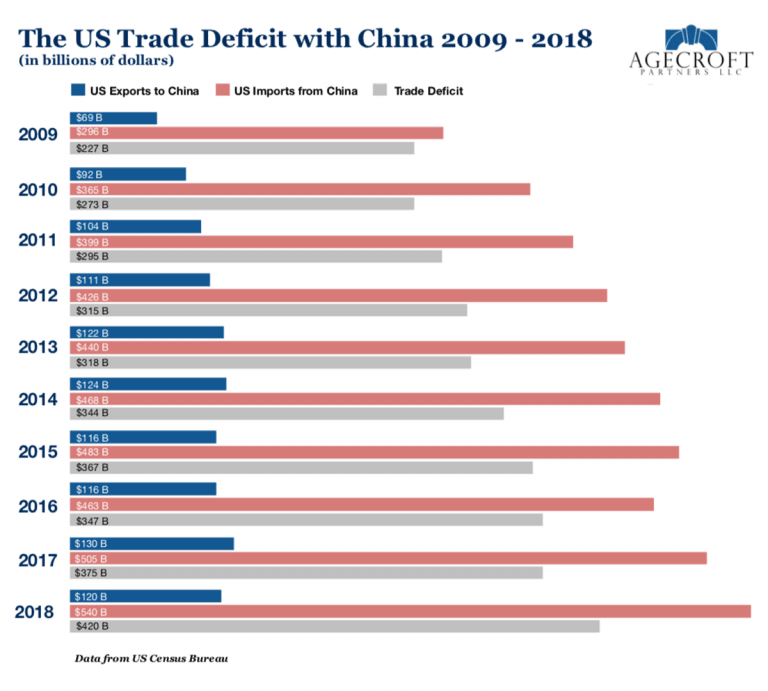 The highly publicized trade war between the US and China has largely been scrutinized for its apparent, short-term impact on the US economy. The conversation has narrowly focused on falling GDP growth and specific sectors of the economy which have been disproportionally hit the hardest, especially the American farmer. These are certainly important issues that should be continually considered and addressed.

At the same time, it is imperative to analyze the trade war from a broader, long-term perspective. The chart below illustrates the trade relationship between the US and China each year since 2009. Generally, free markets should correct trade imbalances over time. However, the US and China have not operated in a truly free market. China has unilaterally engaged in a trade war with the US for over a decade, by limiting US companies’ access to its markets and by allowing Chinese firms to blatantly ignore trade and patent laws and copy US technology. These policies have resulted in over a $1 trillion trade deficit between the US and China over just the past three years.

Even more alarming is the breakdown by industry of the US net trade with China depicted in the following chart. A significant amount of the net exports from the American farmer industry in the US to China are low margin commodities like farm crops, oil and gas, mineral ores, and forestry products. Most of the net imports are high margin finished goods. 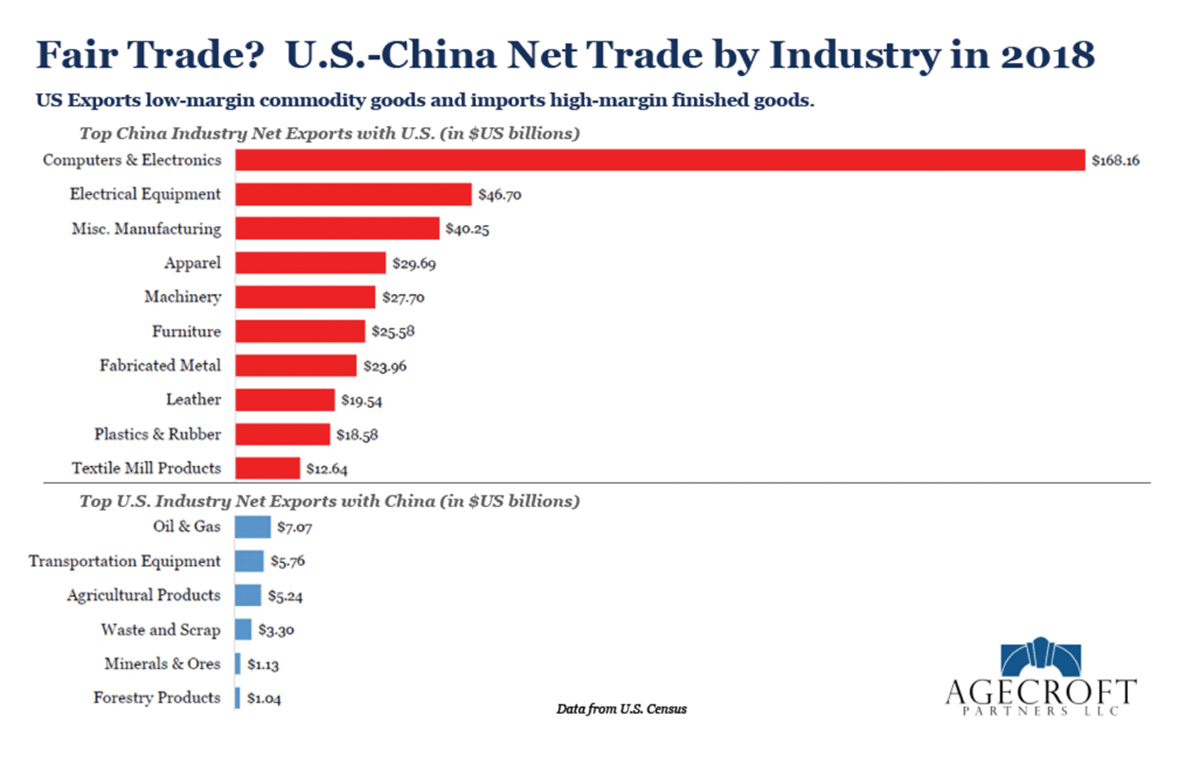 China is now doing to the US what colonial powers previously perpetrated on emerging markets. Unfortunately, this trade war is much worse from a global standpoint, as China and the US compete for business across a broad set of industries. The US is slowly losing its advantage as a global trading power, which has implications for the level of US exports to countries around the world, and ultimately the employment rate and real wages of its citizens.

If the US does not do something to narrow the trade gap, its economy and citizens will suffer major long-term consequences. The delicate question is when and how the US should act to protect its citizens who are adversely affected, such as the American farmer.

Currently, the world economy is slowing, sparking fears of a recession. Is this the right time to respond? The troubling truth is that the longer this persists, the worse it will become in the future.

In summary, free trade benefits all parties involved.  Unfortunately, the US has been subject to unfair trade policies with China for over a decade and is losing the global trade war. At some point the US must find a way to correct this imbalance or face major negative long term consequences.