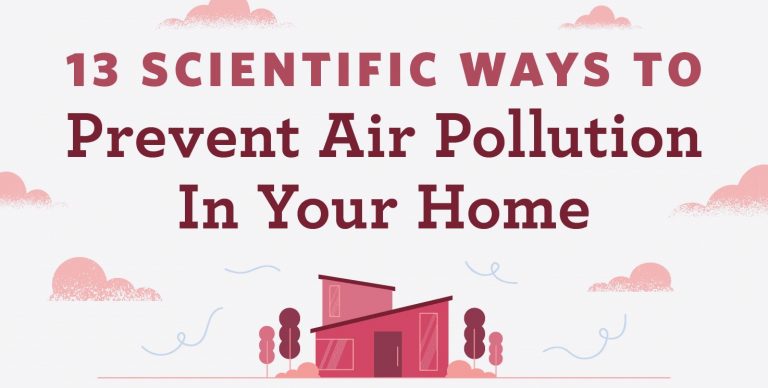 Air pollution is hard to escape — now, even indoors. Recent research has been released stating that even our homes can be contaminated by the daily pollutants usually only reserved for metropolitan epicenters. While not as concentrated and immediately harmful as, say, Delhi city smog, these pollutants can cause long term damage to a household — making their prevention an ever prevalent consideration.

Modernization “byproducts” -- or the consequences of efficiency -- are the main culprits. While companies are working to counteract damage done, health is sometimes set aside for efficiency.  From household cleaning product fumes to smoke from burnt cooking ware, everyday products need to be considered with care before purchasing and while using.

The main concern with these products, however, is not the conditions they can cause, but rather the exacerbation they can spark of existing conditions. Asthma, chronic lung conditions and chronic congestion are the type of ailments at greatest risk.

There are many ways these pollutants can be introduced into a living space. In addition to the two methods mentioned earlier, some are carried in from the outside by shoes or spores that are attached to clothing. Others originate inside the home.These native pollutants include pet dander, smoking tobacco and chemicals from cleaning products and other synthetic materials around the house.

In addition, pet owners can host an increased amount of hazards in the home. Because pets can bring in more pollutants due to their coats and simply just being an extra body, it’s important to be extra aware as a pet owner. With approximately 67 percent of the population being pet owners according to the American Pet Products Association, the side effects may be seen more frequently in years to come.

So, how can all of this be prevented?

Although initially daunting, combating against domestic pollution is a straightforward endeavor, should proper protocol be taken.  Entities like the Environmental Protection Agency and and

The United States Product Safety Commission have found simple steps to take in order for entire households to live a greener, healthier life.

For example, although decorative, carpets can be massive hosts of pollutants and some recommend taking them out of a home all together. Should this be too drastic for a homeowner, regular washing and deep-cleaning is essential to make sure carpeted rooms to breed pollution.

Another step to take to cleanse a home from pollutants is to ditch artificial air fresheners. Science Direct report that 20 percent of the American population is allergic to such smell enhancers -- and some may not know it. These means that a pesky cold that seemingly won’t go away, could actually be a reaction to a new air freshener in the home or car.