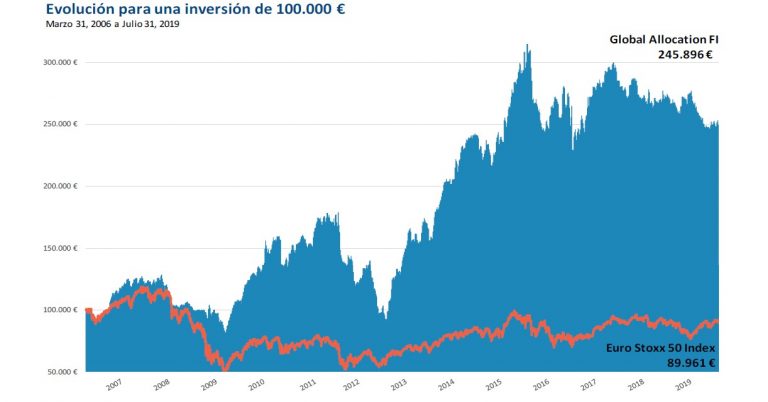 Global Allocation Fund commentary for the month ended July 31, 2019 with a focus on German and Austrian bond play.

Never cared for what they do,

Never cared for what they know,

- Metallica - Nothing Else Matters

In July we have made some changes and additions to the portfolio, which we will try to explain:

The latter end the month at 0%, making it impossible to obtain any positive return on any German bond. In other words, all sections of the German curves are in negative returns.

The combination between the long position in the Austrian 100 years and the short one in the German 30 years allows us to have the possibility of obtaining benefits, regardless of whether interest rates rise or fall. Obviously we can lose if the differential between the two countries increases. We have not been able to sell Austrian bonds at 30 years, nor are there German bonds at 100 years. And it seems to us a fairly restrained risk for the possible benefit. This is due to an effect of the greater “convexity” of the long-term bond, which, when moving interest rates, rises more or less less than the other.

The normal thing, due to this effect, is that the bonds with terms to more than 30 years never have a profitability superior to this term, but with the madness that the current yields suppose…

The ECB, with its negative rates, has imposed a tax on money, which helps governments, which now charge for their debt instead of paying. By the way it achieves effects contrary to those it intends, such as raising savings, since with these types, nobody is able to save enough. What does not clearly help the growing weakness of European economies. They are getting very ugly.

Printing tickets with the machine to generate infinite wealth will remain the solution, so that governments continue to spend what they do not have and will never be able to return.

In view of this, gold and silver have a remarkable behavior. Little by little, they are going to get anyone to want to have foreign exchange, since governments want nothing more than to devalue them. As it is something that all major governments do at the same time ...

The pound sterling this month has made record (of less value) against gold, like many other currencies of less developed countries.

For a long time we have maintained the maximum exposure we can have directly in gold and silver. In the last days of the month we have indirectly increased the exposure to both by incorporating 8 mining companies to the portfolio that together with Sandstorm Gold give us an exposure close to 33% of the assets. It seems that they start seriously.

We understand that these positions will significantly increase the volatility of the fund. We will expect possible price cuts to further increase exposure to them.

Finally, we have incorporated a binary option, which can give us significant capital gains. By paying an especially low premium (1.8%), we have bought an option that only pays us if two conditions are met at once: one, that the difference in rates in the US between 10 and 2 years exceed 0.68%; and the second, that the S&P 500 drops by 10%, within one year. If it happens, you can give us about 25% of benefits. We think that this relationship is much more likely, especially if finally EE. UU. It goes into recession and the Federal Reserve interest rate drops. 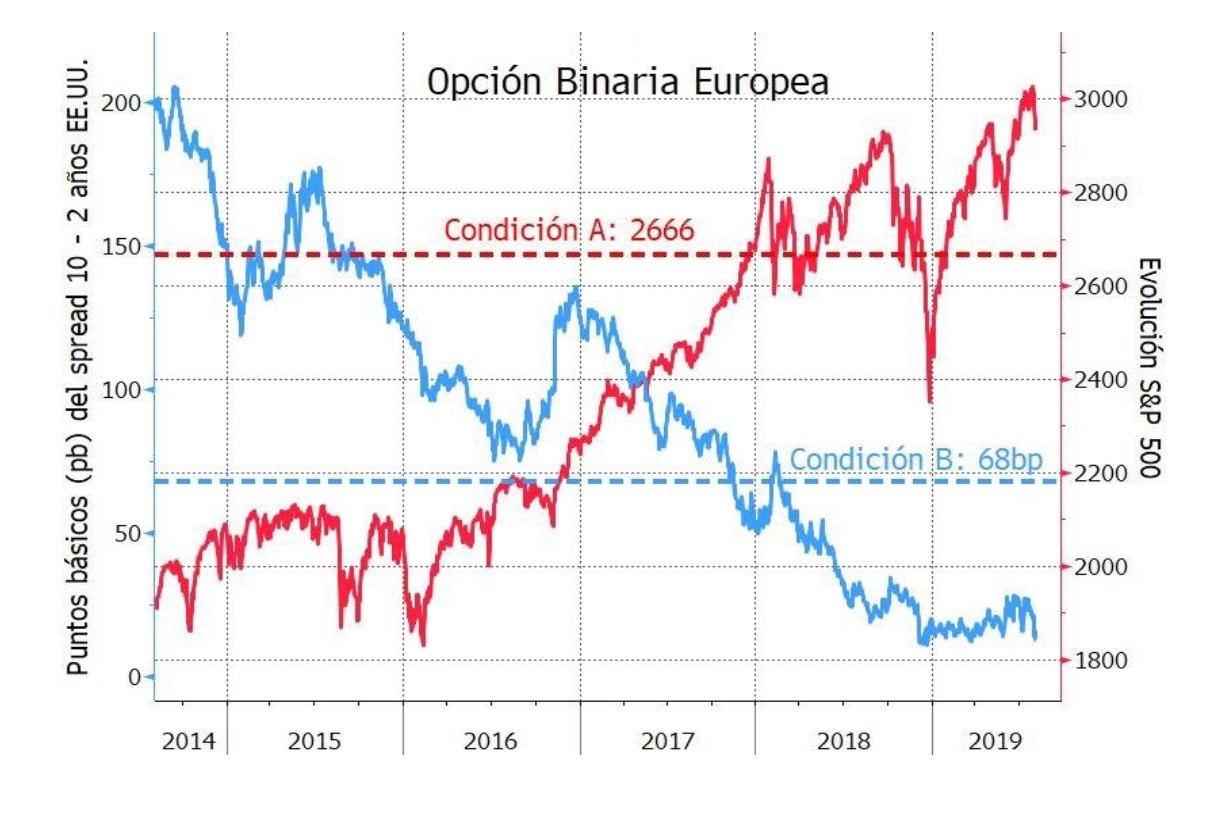 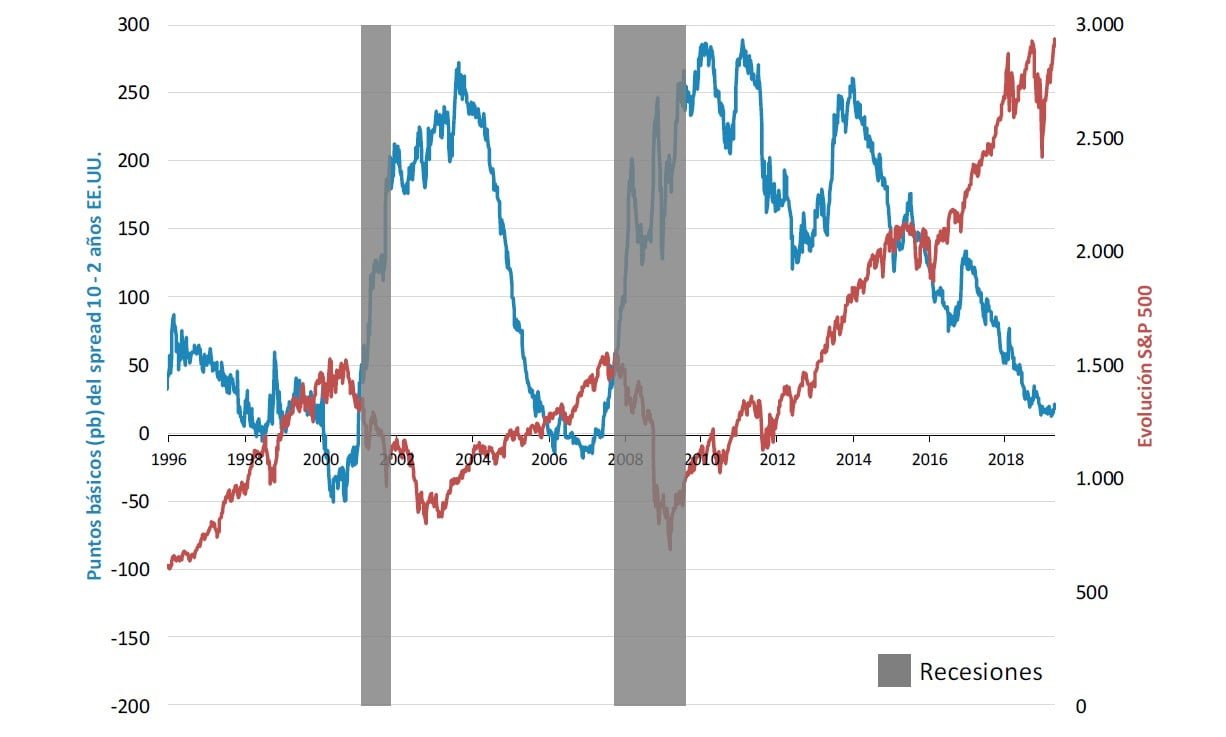 The twist in the commercial war, the geopolitical tensions, the constant downward revisions of sales and profits, the overflowing amount of debt, the problems of the pension systems, the unsustainable situation of many banks, just end up getting that Finish the "nothing else matters" even though the central banks continue to act. Sooner or later, as in the case of bonds, buying assets with negative return expectations, achieve their goal, and the current bubble is undoubtedly the largest of the last 100 years.

Meanwhile, no matter how far they are, we will be close

We say it sincerely from the heart

We always appreciate your trust

And nothing else matters to us

I hope you enjoy these vacation days, better with a good song 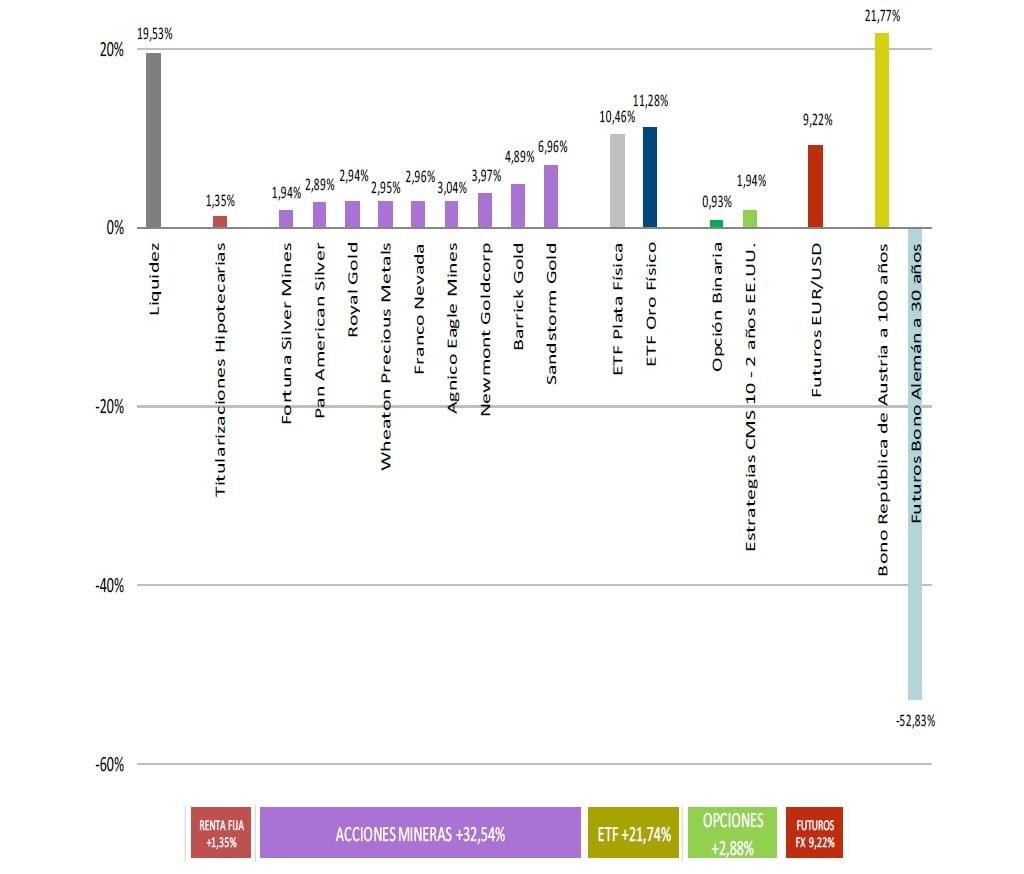