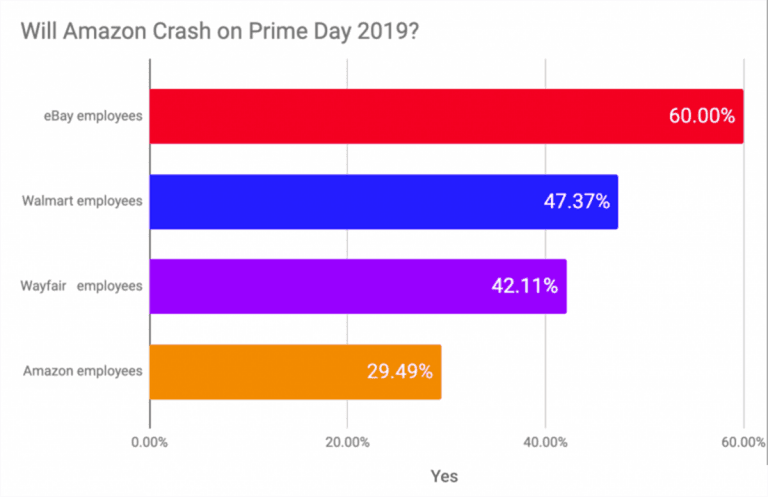 Amazon created Prime Day in 2015 to leverage their brand to create their own holiday shopping event independent from Cyber Monday and Black Friday. Since then Prime Day sales have exploded into neck and neck competition with the collective rest of e-commerce sales on Cyber Monday.

Despite their impressive growth numbers, Amazon‘s journey to the top has not been without incident. Last year’s prime day was marred with a crash that left users staring at dog photos instead of bargain hunting. Not one to miss an opportunity, eBay named their shopping holiday this year a “Crash Sale”.

In solidarity with the competitive spirit of the upcoming marketing holidays, we hosted a competition between 4000 Blind users. We asked one simple question: Will Amazon crash again on Prime Day?

Here’s what we found: 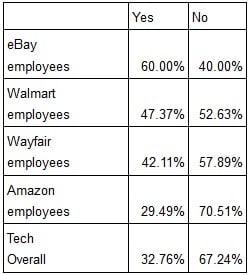 At Blind we’re on a mission to bring transparency to the workplace. Transparency results in voice and voice result in change, often for the better. That’s why we created Blind, an anonymous social network for working professionals. Our user base includes over 56,000 employees from Microsoft, 41,000 from Amazon, 18,000 from Google, 11,000 from Apple, just to name a few. With such a large user base of tech professionals, it makes it easy to quickly poll these employees about important and popular topics, such as satisfaction in the workplace.