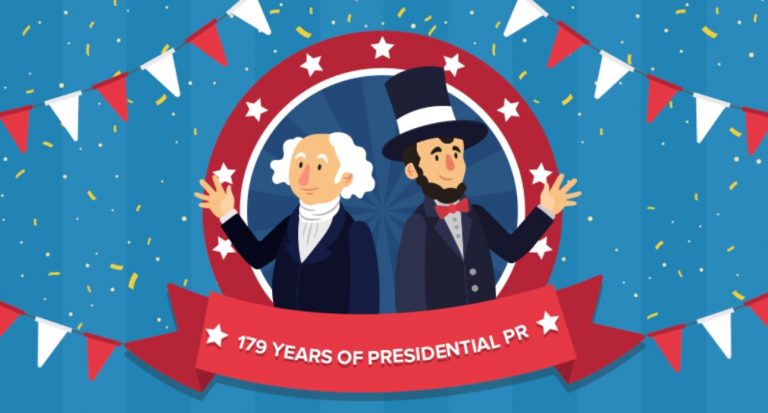 Clocking the Presidential PR of the United States, the first name that could never be off the list is Sir William Henry Harrison. An American military officer, popularly known as the ‘Old Tippecanoe,’ after the Battle of Tippecanoe where he served as a warhorse. Appointed as the ninth president of the United States in 1840, with the shortest tenure for merely a month, his inauguration speech was recorded on Whig Agenda. He was the oldest president who lived till 68 years, and who was also the first to die in the office.

In 1844, elected as president was a Democrat, Mr. James K. Polk. To his credit, was a win in the war against Mexico and expansion of territory against all odds. The most wrangled Oregon was at 54 degrees, 40 minutes latitude and his slogan Fifty-four Forty or Fight was for the same, which later became the title of a book written by an eminent writer.

Famous as ‘Old Rough and Ready,’ a warrior in the Mexican war, Zachary Taylor was a member of the Whig Party. He assumed as 12th President of the United States in the year 1849 after significant victories in different battles. Taylor adopted the anti-slavery in the northern regions and thus became the President of the People.

One of the most historic political slogans, ‘We Polked you in '44. We shall Pierce you in '52’, was given by the 14th President Franklin Pierce. The '44 refers to the 1844 elections. He was a northern Democrat who worked towards the anti-slavery acts. However, his unsuccessful efforts added fuel to the fire between the North and South regions to set the stage for the American Civil War.

In 1861, a member of the Republican Party, Abraham Lincoln was elected as the 16th President of the United States. During the warfare, his address became iconic for its appeal for nationalism, equality in rights, republicanism, and democracy. He won the presidency again in 1865 after re-elections. He ensured freedom from slavery to those who were within the Confederacy in 1863.

Positioning himself in support of Radical Republicans and leading to a win during the Civil war, Ulysses S. Grant tasted presidency in 1868. His vision to free people of slavery and his hard work in the South during the Reconstruction era was commendable.

Benjamin Harrison, the 23rd President of America, set an example as his grandfather William Henry Harrison in the office. In his career, Harrison signed the Sherman Antitrust act prohibiting trade from monopoly. He was involved in world affairs that were evident with his support for protective tariffs and foreign policies.

William McKinley served his office from 1897 to 1901, when he was killed. He won the Spanish-American war and was an eminent president who engaged in upholding American Industry. He served two terms after winning the elections again in 1900.

As the 28th President of the United States, Woodrow Wilson led the Progressive Movement. He believed that Americans couldn’t stay neutral, and once World War 1 commenced, he led the people in the war for the protection of democracy.

Working closely to improve the plight of women and minor sector, the 29th President of the United States, Warren G. Harding, a Republican, was scandalized in the Teapot Dome. He was succeeded by Calvin Coolidge, the silent cal. Calvin served while the country was undergoing a social and cultural reformation. He favored tax benefits and limited expenditure.

Herbert Hoover served as the 31st President of the United States. He made a fortune in mining and possessed exceptional engineering skills. During and after World War I, he ensured no poverty among the people.

Leading the nation through the great depression period and World War II, Franklin D. Roosevelt was popularly named as FDR. He served four terms in the office while growing the powers of the government. Serving his term in the White House, Harry Truman used the atomic bomb against Japan, helped repair Europe post-war, and led the United States into the Korean War.

Dwight David served two terms and put efforts in the direction of easing out post-cold-war conflicts. He was popular as commanding general during World War II. He ended the war with Korea boosting social security. Assassinated early during the presidency, John F Kennedy fought the Cold War tensions and supported civil rights movements.

Lyndon Baines Johnson elected as the thirty-sixth President of the United States after the assassination of John F. Kennedy. Johnson addressed a joint session of Congress requesting the legislators to pass civil rights and tax legislation. During World War II, Richard Nixon, the 37th president, served the Navy army of the US. His efforts in banning America's involvement in the Vietnam War were successful. He served two terms in the office working on restructuring the cold war.

Popular for refurbishing U.S. Foreign policies and empowering human rights, Jimmy Carter's presidency flourished even during the period of the Cold War in 1976. Formerly an actor and a union leader, Ronald Reagan served as the 40th President in the White House. His tenure saw economic strength and defense system.

Then, it came in George Bush in 2001. He worked towards making the nation a kinder and gentler place. He was determined to work hard towards strengthening American core values. In 1992, Bill Clinton served as President and was the first to be impeached in 1998. The first ever African American elected as 44th President in 2009 was Barack Obama. Nobel Peace Prize winner in 2009, he ended the war in Iraq. Raising support for US veterans, he passed an American Stimulus plan.

Multiple bureaucrats work under the Government offices of the US. Most of the white collar jobs are taken care of by popular names in the years. Bernie Sanders, Pete Buttigieg, Joe Bidden, Cory Booker Kamala Harris, all strived hard to strengthen the people and work towards a common goal. Andrew Yang, Steve Bullock and Elizabeth Warren, all of them put humanity on top.