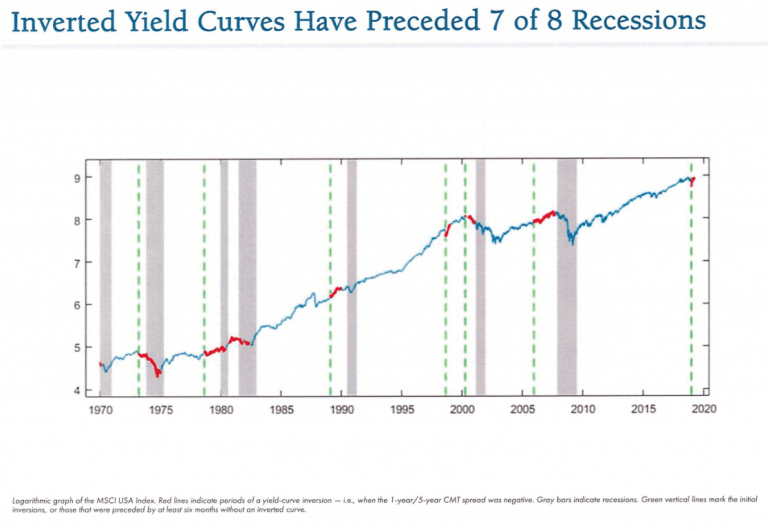 Concerns about the yield curve continue to grow, especially in the weeks since the inversion. The equity bull market has run past 10 years, so it seems many portfolio managers are starting to prepare for the next recession, using the yield curve as a signal pointing to a downturn just ahead.

Why the yield curve is important

It’s easy to see why investors and traders are so concerned about the yield curve. In a presentation for the Greater Houston Community Foundation, Angeles Investment Advisors Chief Investment Officer Michael Rosen said inverted yield curves have gone before seven of the last eight recessions.

However, he also pointed out that both an inversion and high real yields have preceded recessions. 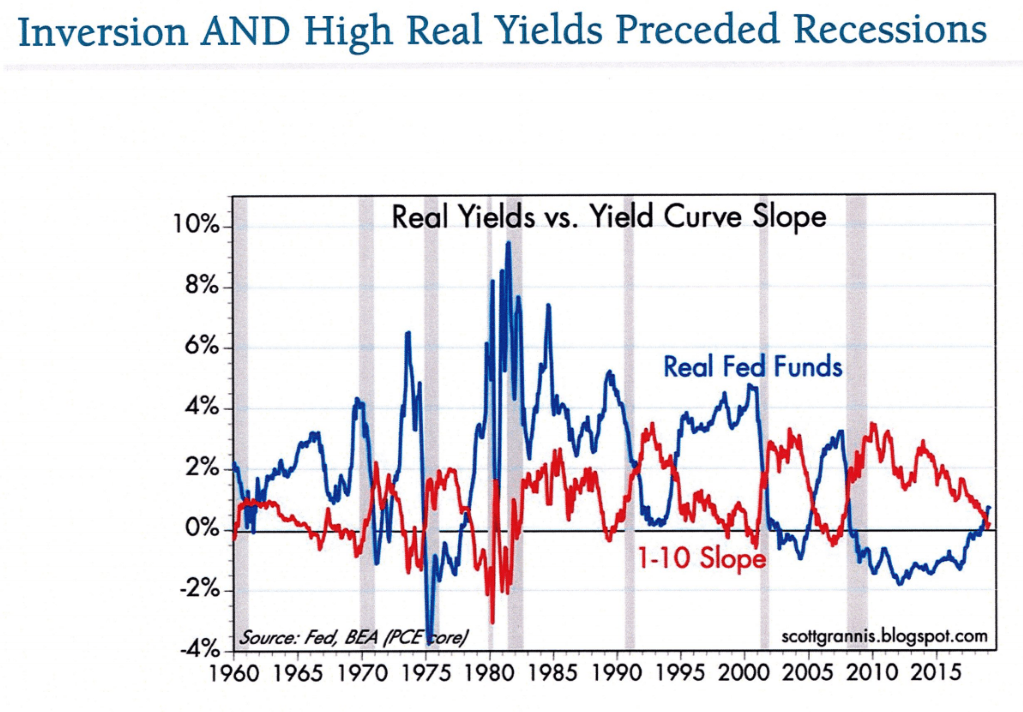 Additionally, he said only part of the yield curve has inverted, so the next recession just might be further off than what some investors think. The 10-year Treasury's yield dipped below the 3-month Treasury yield for the first time since 2007 last month, which has only served to ratchet concerns up further.

Rosen isn't the only one trying to calm investors who are worried about the yield curve. New York Fed President John Williams said today that the yield curve isn't signaling a recession, according to Yahoo Finance. He believes the ability of the yield curve to predict economic downturns may be more limited during this time of unconventional central bank policies.

What is the yield curve really trying to say?

Williams told reporters at a conference on housing policy that he believes the yield curve is saying that market watchers expect interest rates to be "more or less flat," the term premium to be "pretty low," growth to be "pretty moderate," and inflation to be "low."

Wells Fargo analysts said in a recent note that in order for the yield curve to signal a recession, it would have to invert more significantly and stay that way for weeks or possibly months. RBC analysts mentioned a similar sentiment in recent commentary in a post on The Hill as well.

Multiple experts have pointed out that the lag time between a significant inversion and a recession tends to be quite long. Thus, many are advising investors not to panic, although Moody's found in a report published just last month that active managers were already preparing for one then.

As far as what will happen right after the yield curve inverts, it's anyone's guess. Rosen said in his presentation that there is no clear pattern for stocks or bonds after an inversion. 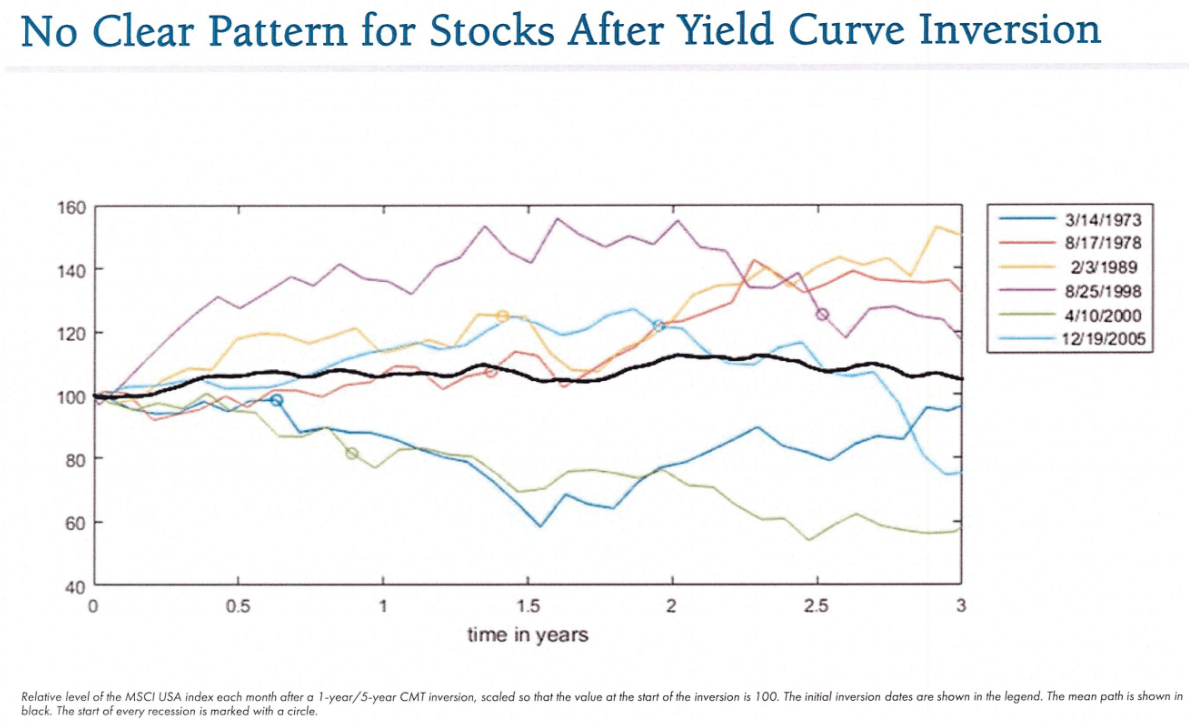 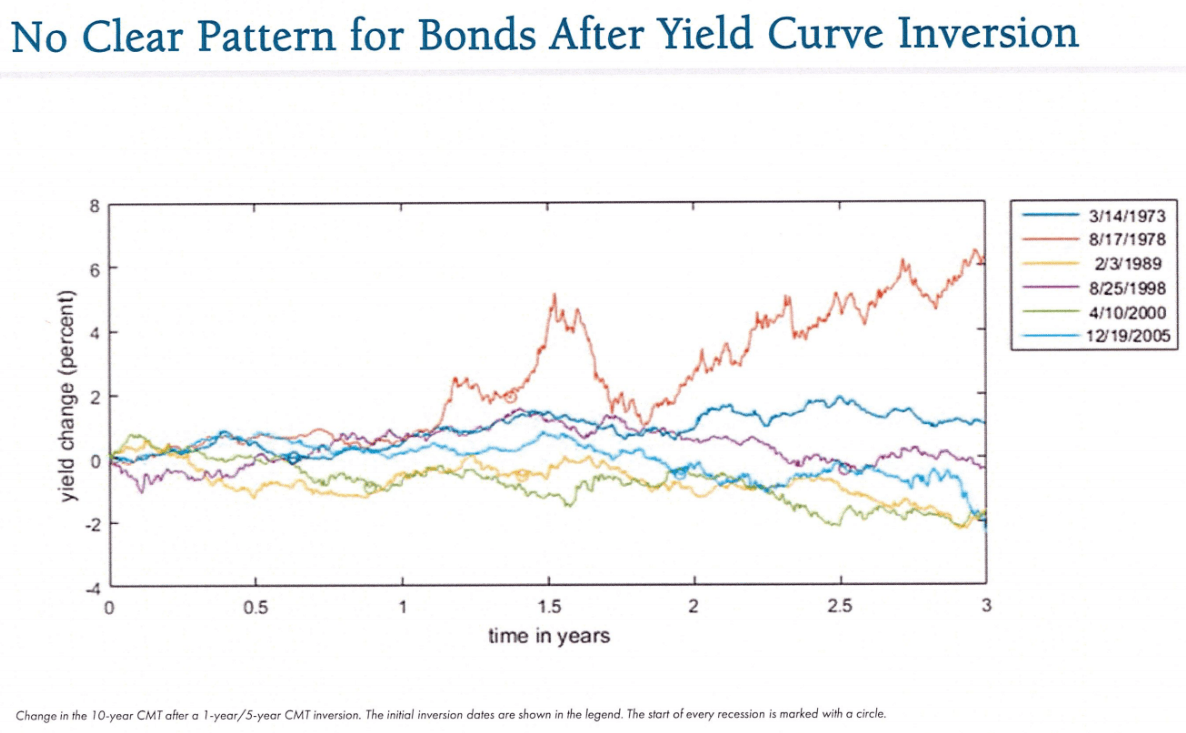