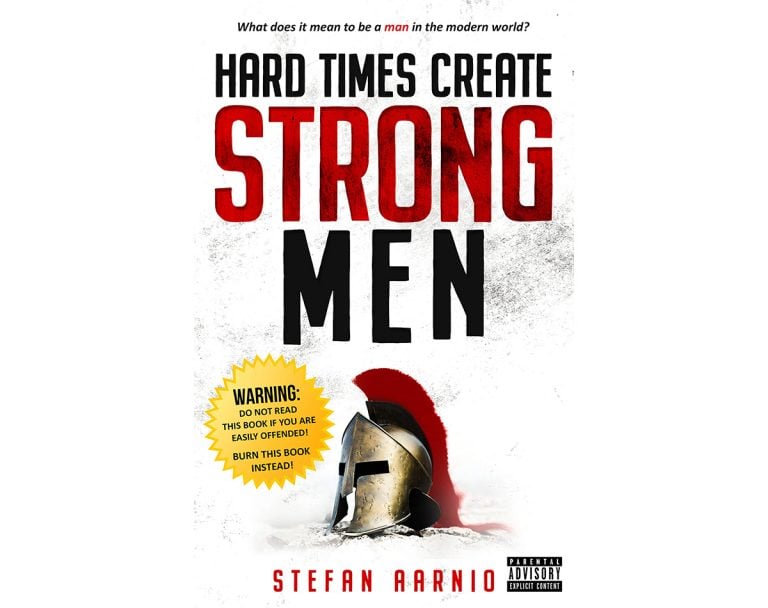 According to Coach Aarnio, Jeff Bezos blew it big time. He had a successful company, a wonderful wife and kids, but he couldn’t seem to keep his pants zipped properly, leading to a divorce settlement of $35. 6 billion dollars.

1. You have dubbed the phrase "Jeff Bezos’ $35 billion zipper" that likely soon will be trending in social media. Is that just a quick quip or does it have deeper significance?

Answer: Much. Even deeper than the $35 billion panty. But hey, Jeff said she was a fun dancer! Seriously, sex always costs something, there is no such thing as free sex. It always takes time, money, effort energy and in the case of Jeff Bezos, a LOT of money. He became world’s richest man with Mackenzie Bezos and now he's really paying for it to the tune of $35 billion with a B.

2. In your book, “Hard Times Create Strong Men” you describe what being a strong man looks like. Is it all muscle and machismo or is there more to  it?

Answer: There’s far more to  being a man. For starters a strong man is a moral man. If you make a promise you keep it, and that also goes for marriage vows. Masculinity has always been about power throughout history while femininity has been about morality. When power and morality come together, that is the whole package. A man in his base state is primal like a wild beast, but when you add morality you get a real well-rounded man and something more than a wild beast.

3. In your coaching sessions you teach the significance of the pleasure vs. virtue principle. Elaborate:

Answer: A classic example is the case of Jeff Bezos, who had a choice, to either seek virtue or vice. He chose pleasure and chose to forget his marriage vows. Notice how I said chose. It was a choice. No one had a gun to his head forcing him to have an affair. The rest is history. Instead of being a strong man embracing the high road of virtue, he chose the lower, baser path.  Sometimes power goes to your head.

You like to quote Will Durant as saying: “A nation is born a stoic and dies an epicurean. Do you feel Jeff Bezos started out a stoic but is now stuck in the muck and mire of epicureanism?

Answer: Clearly, Jeff was a stoic in trailblazing online retailing to the point of reinventing shopping but over time got sloppy and lazy and while it still may appear to the world that the richest man in the world is on top of his game, I can assure you that with men and nations there are cycles and his is a downward one. Such is the fate of man. The same principle applies to great countries that were born out of war and hard times. Those hard times gave way to stoic values like deferring pleasure and reason over emotions. But we now live in a time where pleasure and happiness are the highest virtues and epicurean values make men weak which leads from democracy to tyranny and later to a monarchy which is what has happened in history before. Look at the fall of Rome. Look at the fall of the Amazon founder.

4. Where may our viewers get more information on your book, "Hard Times Creates Strong Men"? and any of your social media sites where we can learn more about what it takes to be a strong man, contributing positively to our society, family, and culture.

Answer: They may visit StefanAarnio.com or HardTimesStrongMen.com to see many valuable resources as well as getting a copy of "Hard Times Creates Strong Men."

5. I noticed you didn’t say they can get it on Amazon.com

Answer: Well, it was there the last I looked, but after this interview, it wouldn’t shock me if they took it down.