As covered in an Activist Insight Online in-depth story, activist investor Cevian Capital has hired proxy solicitor Georgeson for its campaign at Swiss logistics services provider Panalpina. Cevian is opposing the proposal submitted by 45.9% shareholder The Ernst Gohner Foundation (EGF) to scrap the current 5% voting cap and implementing equal voting rights for all shareholders. EGF has been exempt from the voting cap for the past 14 years because it was a shareholder at the time the provision was adopted and its voting power has been “grandfathered” in, but Cevian, which now owns 12.3% of the shares, argues the exemption was incorrectly applied and that EGF’s voting rights should be limited to 5% as well.

The impact of the vote will not only determine company rules going forward, but also Panalpina’s future, amid a takeover bid from its Danish peer, DSV. Cevian supports the DSV deal but EGF opposes it and favors a cooperation deal with Kuwait’s Agility. Christian Obst, an analyst at Baader Helvea, told Activist Insight Online that a combination with DSV could make more economic sense than any deal with Agility, which he believes could only bring results after two or three years.

Panalpina’s board has formed a committee of five independent directors to decide if the fund should be allowed to vote its full stake. Cevian could resort to a legal challenge, even if EGF is allowed to vote in full. A spokesperson for EGF told Activist Insight Online that the fund still believes the exemption is “valid.”

Spruce Point alleged in its report that XPO was hiding losses through aggressive accounting, criticizing the roll-ups Jacobs used to build the company. Specifically, the short seller accused Jacobs of covering XPO’s financial strain and inability to complete promised acquisitions with financial irregularities. The company hit back at the time and called Spruce Point’s report “intentionally misleading, with significant inaccuracies.”

The trucking company previously said its merger strategy was aimed at expanding its existing services and Jacobs told the Journal that XPO will eventually continue to grow through M&A.

The number of activists to have issued public demands between January 01 and March 15 in respective years. 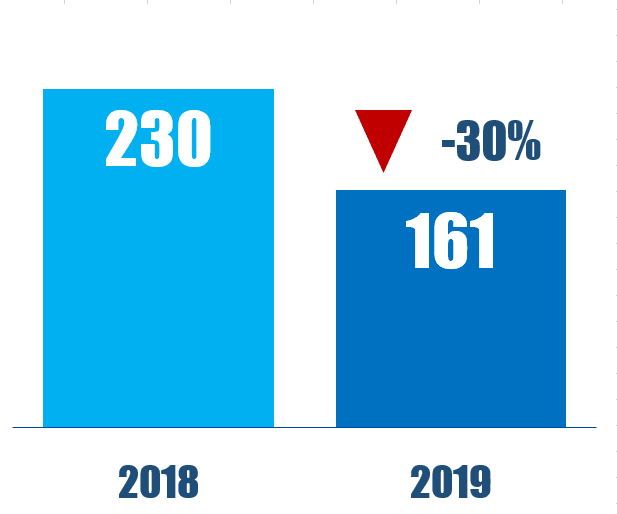